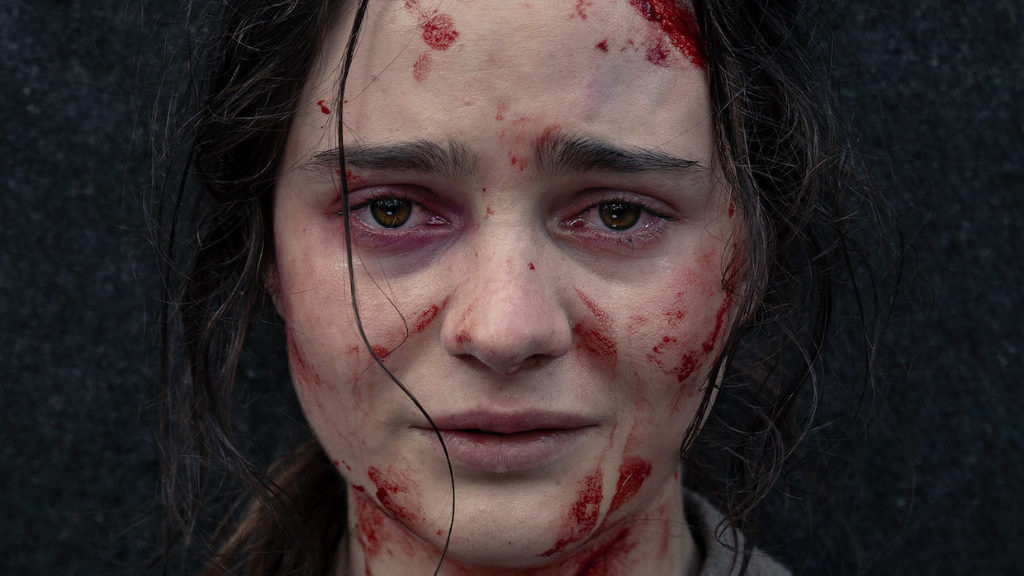 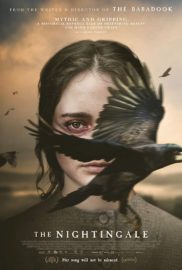 Australian filmmaker Jennifer Kent, whose directorial debut The Babadook was one of the most talked about features of 2014, reveals the brutal horrors of life in the penal colonies with new period thriller The Nightingale.

A young couple live with their infant in rural Australia in 1825. Clare (Aisling Franciosi) is an Irish ex-convict working under the watchful eye of Lieutenant Hawkins (Sam Claflin) singing songs for British soldiers, all of whom sit leering at her. Having finished serving time, she patiently waits to be freed into the care of her husband Aidan (Michael Sheasby.) Things soon take a vicious turn when Hawkins and his troops corner the couple, ensuing in sexual violence and the murder of her family.

Claflin’s usual charming ways demonstrated in his previous roles are contrasted with this abhorrent character, who destroys anyone standing in his way of being promoted to captain. Kent’s narrative is a revenge tale at heart, with Clare later employing the Aboriginal tracker Billy “Mandanga” (Baykali Ganambarr) to help find those responsible. The director returns to themes of grief but not symbolically as in her previous feature, rather showing the horrific actions humans are capable of.

Together, Clare and Billy journey through Australia’s imposing terrain; recurring shots of skeletal trees appear while the filmmaker confronts atrocities of the country’s colonial history through scenes where Aboriginal men hang from branches and depictions of the brutal cold-blooded conduct and murder by the British is a frequent occurrence. The central duo initially seem to be an unlikely pair of friends, she the typical white dominating and verbally abusive figure, but we see them begin to bond over their mutual hate of the English, and it’s humbling to see her character evolve to care for him. The white man is the devil in Kent’s film, “civilising the land” through genocide, but there are a rare few who show compassion to the travellers, restoring a little faith in humanity.

There are numerous difficult parts in Kent’s feature, including several rape scenes, but it is her unwavering directorial eye that cast’s light on the land’s dark history and treatment of its peoples. Though there is an instance in the film where you question Clare’s hesitance in avenging her family, the trauma she experiences is authentic, as is the revenge that is finally wrought on those most deserving.

The Nightingale does not have a UK release date yet.

Watch the trailer for The Nightingale here: