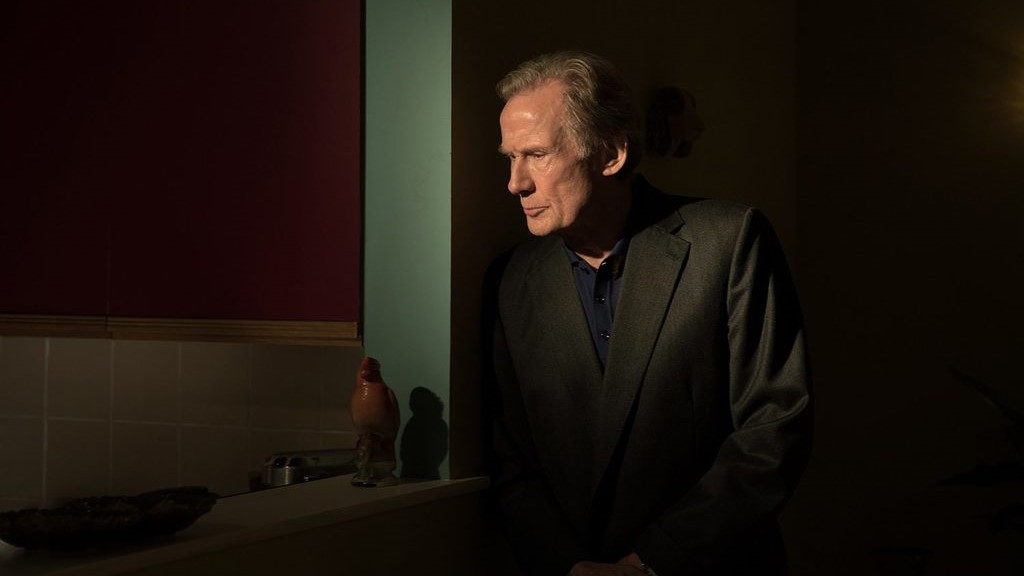 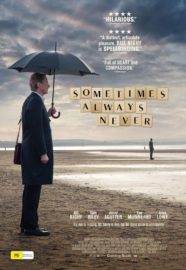 Retired Merseyside tailor Alan (Bill Nighy) is a seemingly quiet man with a clear-cut purpose: to find his estranged son who had gone missing years previously, following his decision to walk out on the family during a heated game of Scrabble. Now, the widower, together with his other (less-favoured) son Peter (Sam Riley), must reunite in order to identify a body, presumably that belonging to Michael, and mend their polar-opposite differences whilst they still can – all at a time when they themselves are coming to terms with their own internal grief.

A moving feature debut from director Carl Hunter, Sometimes Always Never – the title alluding to the correct way in which one’s suit jacket must be buttoned up – is a wistful, pensive, melancholic comedy about love and loss, denoting a family’s anguish as they struggle to accept that Michael will no longer be coming home. Everything from the lengthy dialogue pauses in Frank Cottrell Boyce’s delicate screenplay to the Super 8mm-looking format of the film highlights the fact that this is a family that is still very much stuck in the past, both in the emotional sense as well as the physical one. In a few instances, viewers will see Alan and Peter conversing in an ancient car, known as “Triumph”, whereby the scenes mimic classic filmmaking techniques, making it appear as though the on-location sequences have been shot against a backdrop or a screen depicting a moving highway.

Riley and Nighy are fantastic as the bickering father and son duo, who, though both undergoing an identity crisis, realise they need each other much more than previously thought. Through Nighy, the film examines loneliness, particularly among those older generations, demonstrating that a conscious effort to include said family members in one’s day-to-day life is the most natural cleansing agent there is.