Dream Ritual at the Coronet Theatre 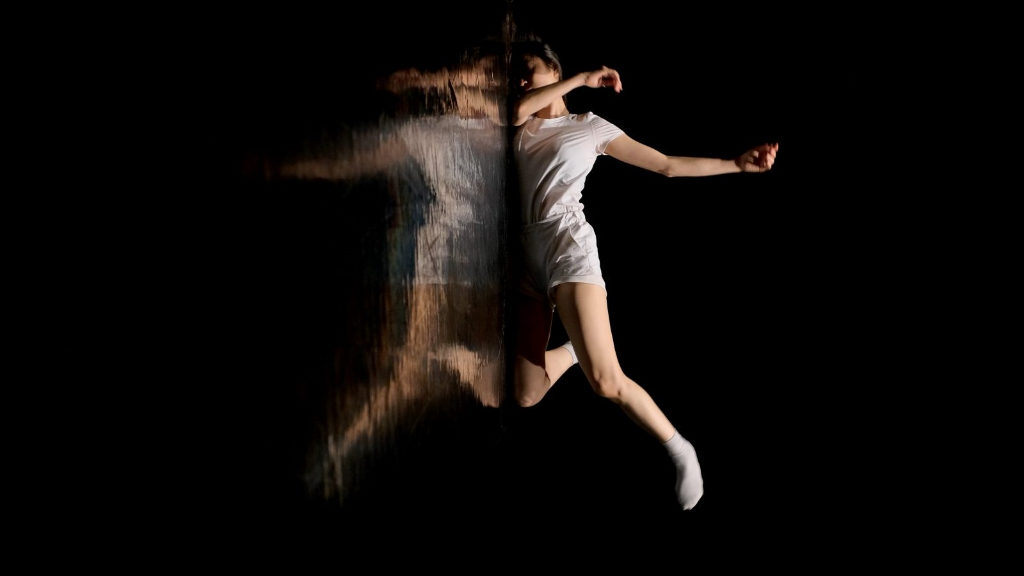 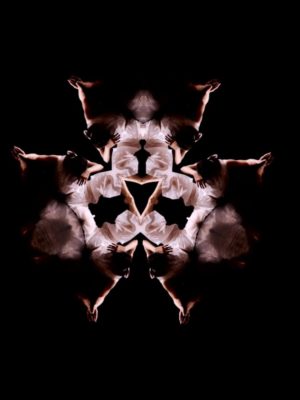 Curtains of gauze hang down from the stage rafters which choreographer Cha pulls across. A projection of her sleeping face is cast upon the translucent material, fluttering lids mirroring the rapid eye movement (REM) stage. Ambient soundscapes by electronic musician Haihm gently propel the piece forward, the performer moving in enthralling contemporary sequences, allowing viewers to explore their own nocturnal visions and the ones expressed tonight. The artists use real dreams from the public for inspiration, incorporating the surreal and ordinary qualities that comprise the human subconscious. Crests and boughs of sleep waves reflect a cityscape, as do the words disappearing from the screen, like the lights of a metropolis fading one by one.

Park’s concept combined with Cha’s hypnotic shamanic movements create a feeling of being suspended, floating in an unconscious realm, as the performance takes us into deeper stages of sleep. The arrangements of the dancer – dressed in white, semi-translucent clothing – are fluid and graceful, coalescing well with Park’s narrative. Images of the choreographer are projected side by side on the gauze, evoking kaleidoscopic illustrations like those found in the field of psychology, while words and aural descriptions of dreams appear in English and Korean, merging elements from the East and West. The tradition of buying and selling these nighttime visions can be dated back to the Samguk Sagi era around 650 AD, and people continue to believe the goodness that can be passed onto the procurer.

Alongside the hour-long dance, a 24-minute video installation plays on a loop in the smaller space, comprised of three shorts: Lethe, Internal Library and Cube. These fragmented films reveal people typing dreams and memories used in tonight’s performance; in one segment we see a woman reminiscing about her childhood and becoming lost in a foreign country while obscure words drift across the monitor.

Of the elements that make up Park and Cha’s left-field collaboration, the most memorable and markedly distinct is the choreographed piece, which illuminates viewers with a thought-provoking and visually striking production on the subconscious.

Dream Ritual is at the Coronet Theatre from 4th July until 6th July 2019. For further information or to book visit the theatre’s website here.