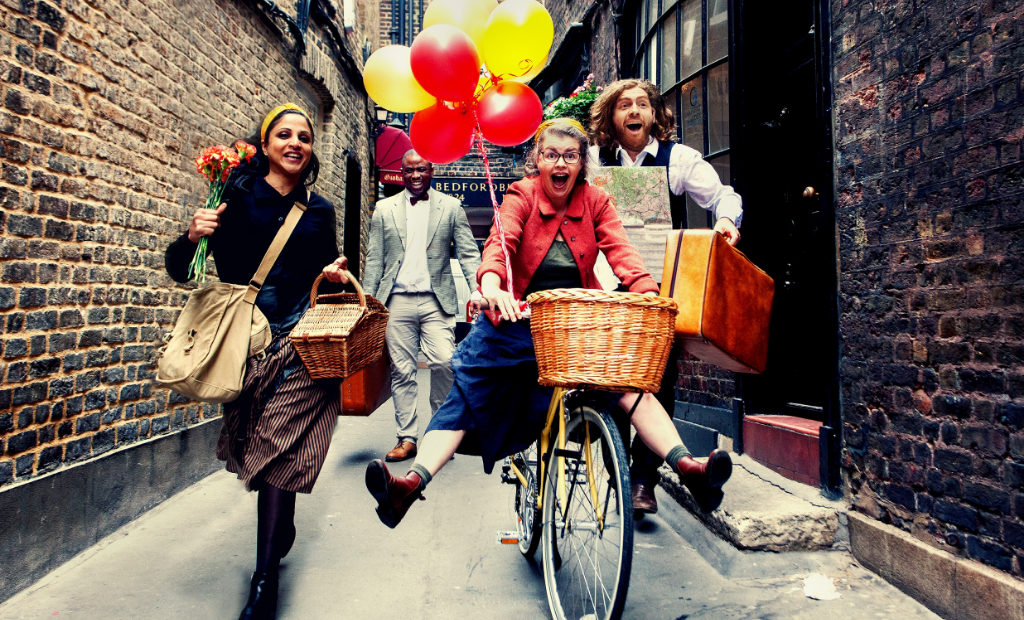 Fire Hazard Games are particularly known on TripAdvisor for City Dash, which is rightly lauded, and, from there, they have grown. Their current adventure at the Underbelly Festival is very loosely based on Jules Verne’s Around the World in 80 Days. The aim of the game is to scour the Covent Garden/Strand/Charing Cross area to gain funds within 80 minutes. Armed with a map, teams of up to five players (if you’re going solo, for goodness’ sake join up with another team) go to different locations in this area and solve cryptic clues provided through a cleverly created app on their phone. Once participants have gathered as many funds, they must head back to HQ (a sheltered bar in the Underbelly site) to begin their journey, which, again, is conducted through a phone.

While with any outdoor activity, one would think the state of the British weather would naturally cloud your opinion, this experience is more dependent on a player’s data signal and their willingness to speedily zip around Covent Garden to solve these clues. As we are set off on the journey, we are bombarded with a whole host of potential destinations so that it is essential to be disciplined if you want to have a chance of winning and stay focused.

But those expecting an immersive theatrical experience will likely be disappointed. Seeing the colourful characters synonymous with immersive theatre is far from a guarantee at all, particularly if you are more interested in solving the puzzles. Even when these characters can be glimpsed, though, the challenge of solving the clues is far more engaging.

And once we return to HQ and embark on our journey – and think that this might be the time to be entertained by acting prowess – we are soon guided back to our phones to continue our makeshift journey, and whoever completes it in less than 80 days wins a sweet treat.

While the construction of the app is impressive, it feels like it is the antithesis of a gaming/immersive theatre hybrid to be more immersed in your phone than engaging with characters; a well-constructed amalgamation of the two would have made it far harder to forget what was a pleasant but uninspiring experience.

80 Days: A Real World Adventure is at Underbelly Festival from 11th July until 29th September 2019. For further information or to book visit the festival’s website here.

“We want to get back to the green land of our past and get away from the concrete”: Gwen writer-director William McGregor and actress Eleanor Worthington-Cox discuss folklore and feminism
Lunatic 19s – A Deportational Road Trip at Finborough Theatre | Theatre review