Barber Shop Chronicles at the Roundhouse 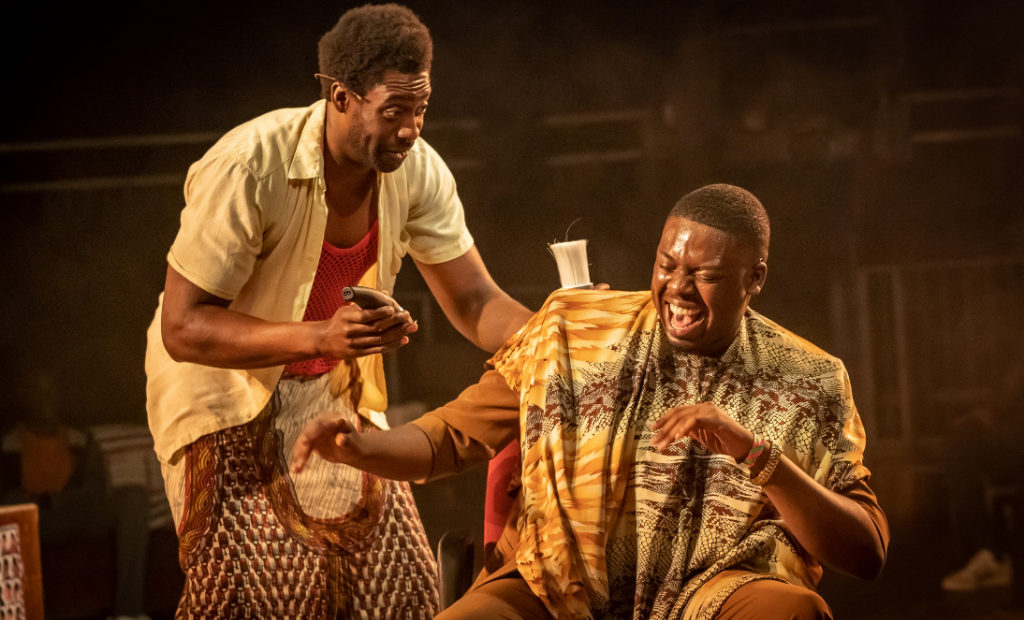 Party vibes are in full swing during the pre-show for Barber Shop Chronicles, now adapted for the all-around platform of the Roundhouse. As soon as the lights go down, the bright tone and the vibrant atmosphere justify such an introduction.

Inua Ellams has sewn together ordinary episodes – the chronicles – of disparate barbershops in Africa. Just a couple of them make an appearance more than once, like London’s Three Kings, the only soft thread in this popping sequence of manly and relaxed conversations.

The topics span from the latest football scores to the current political situation, from job interviews to music tastes. What comes out of all of them is a common trust, a friendly connection established between the clients and the barber. It becomes so validated that on one occasion a customer is refused a haircut because he has “gone to another barber”, breaking that loyal custom. There are serious matters discussed as well as light funny scenes, the show alternating through smooth transitions that feature coordinated dances with towels, razors and swivel chairs, enjoyably choreographed by Aline David.

The script, born out of Ellams’s recordings from his travels, is intrinsically marked by the narrow, squared pronunciation of the regional dialects. The trick makes the play quite difficult to absorb at the beginning, especially from European perspectives. After a while, though, once you are able to leave behind the initial struggles, the intense accents flow with the movements.

Emmanuel Ighodaro is impressive in his trembling and limping performance. Anthony Ofoegbu gives quite a stern stir to his Emmanuel, without ever becoming overdramatic. The bad boy in town, Demmy Ladipo, is a juggernaut of entertainment that spices up the piece.

Whether performed a cappella, with the help of small props for the beats or with the cast just dancing and changing the settings of the rhythm coming from the speakers, the music selection is liltingly fitting: diverse and upbeat.

The overall aim of Barber Shop Chronicles is to cut through the noise of pitiful debates around mental health, and the production literally does that: chopping through with a pair of scissors and a couple of strokes of the comb. It snips out the theories and supposition to bring alive the pulsing and colourful meetings of a good range of people – the high, the low and the average, the expats and the autochthonous, the pundit and the meek. It’s a stimulating discussion rising from multiple conversations, an upbeat dialogue born from empathetic, real-life stories.

Barber Shop Chronicles is at the Roundhouse from 18th June until 24th August 2019 and will then be touring around the UK. For further information or to book visit the website here. 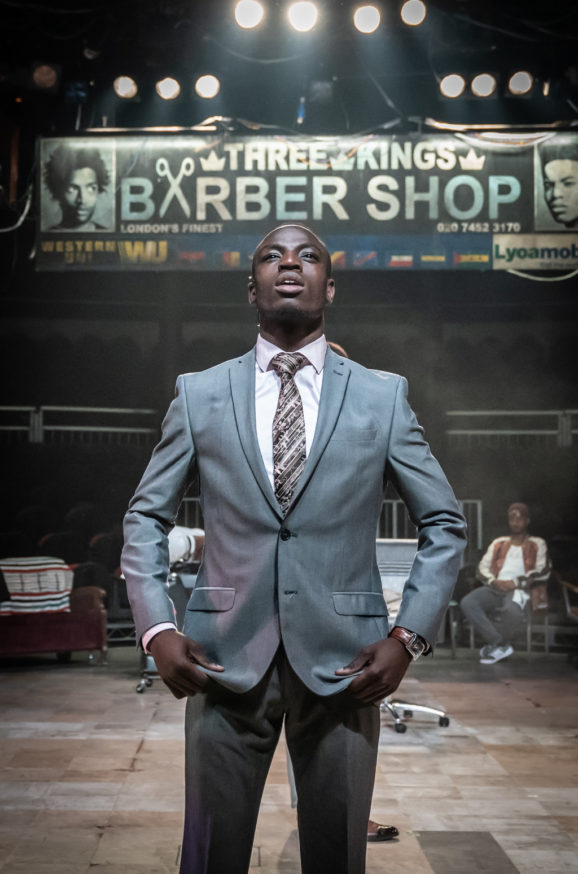 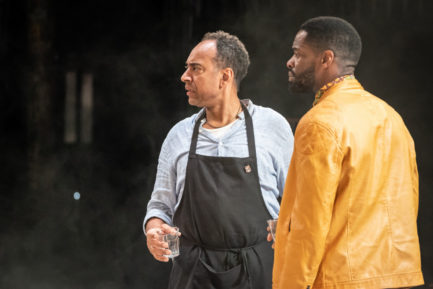 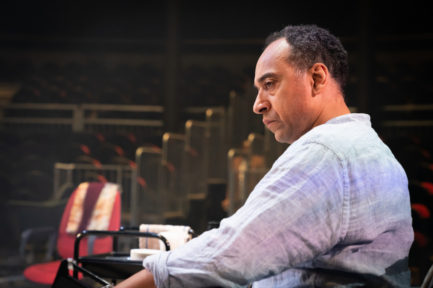 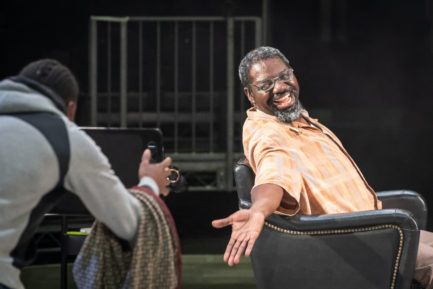 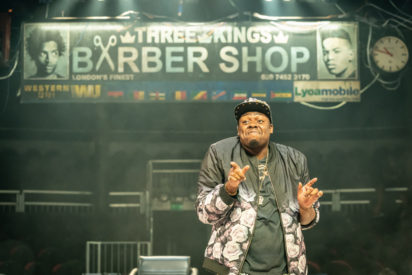 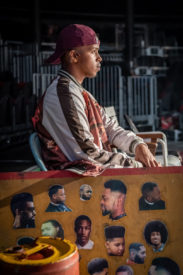 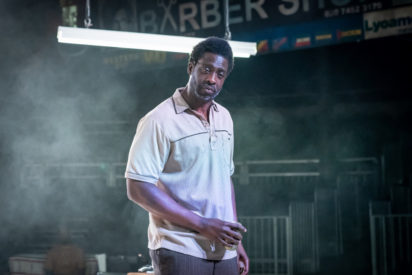 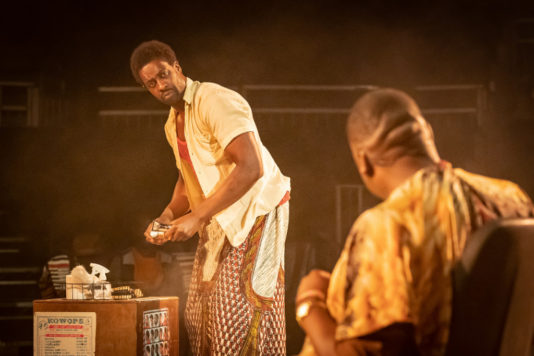 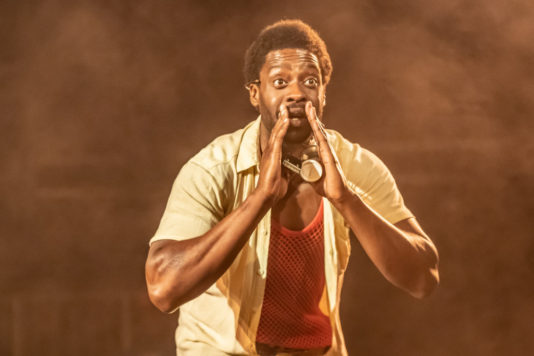 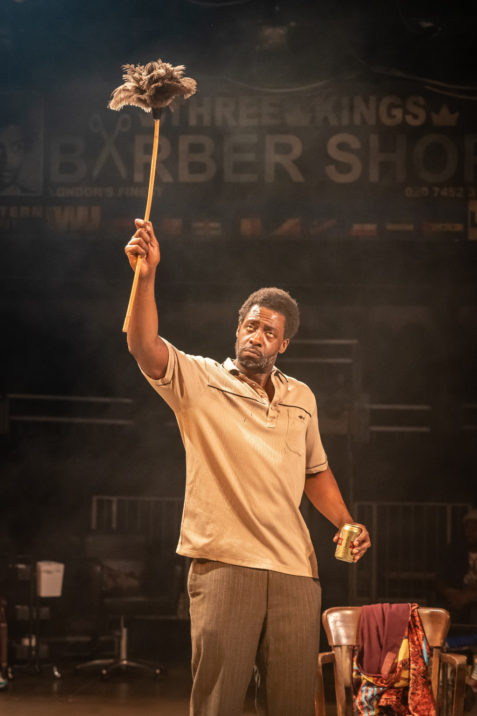 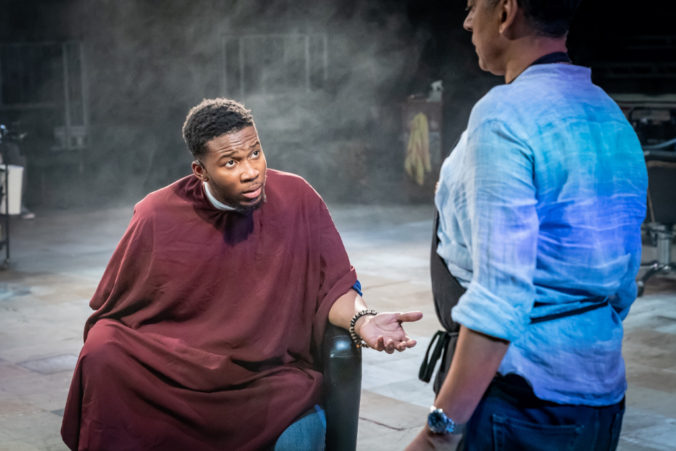 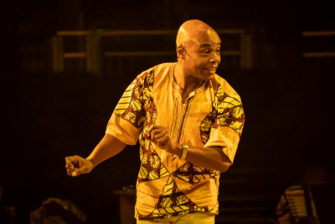 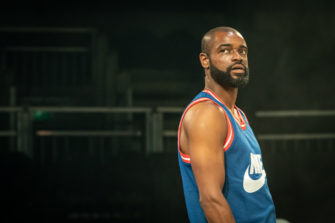 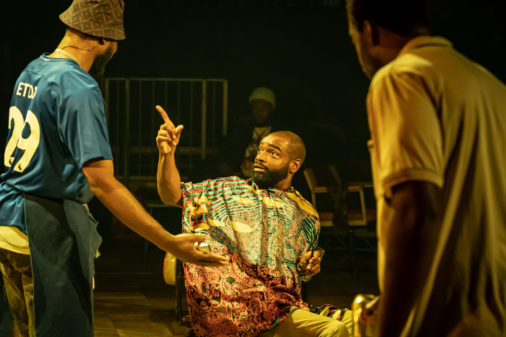 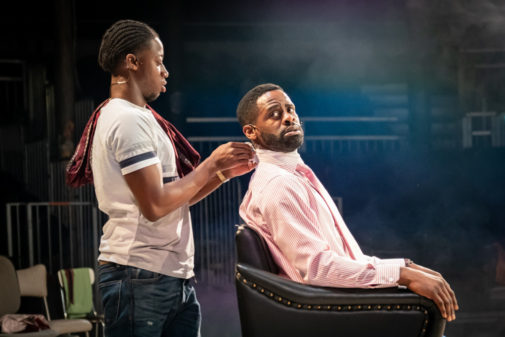 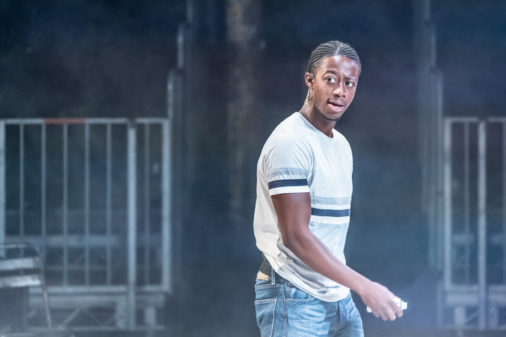 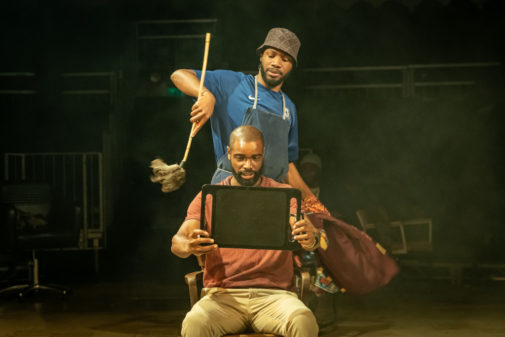