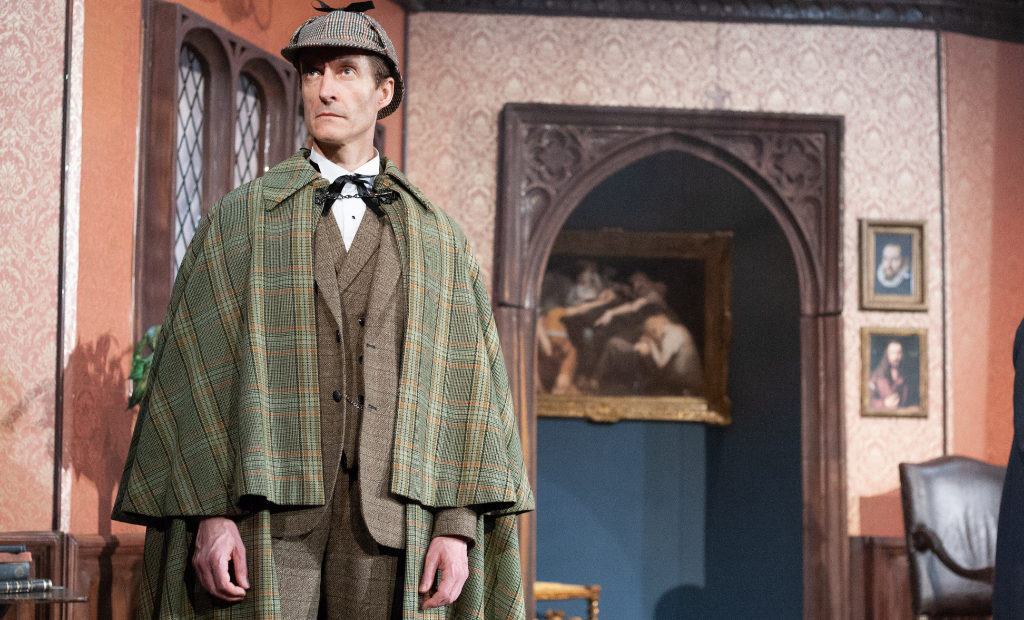 Just around the corner from 221b Baker Street, the fictional address of literary detective Sherlock Holmes, the Rudolf Steiner Theatre pays homage to Arthur Conan Doyle’s infamous whodunnits with a mystery play in the same style. Faithful in its depiction of late 19th-century settings, the production’s costumes and decor hold no surprises: every detail conforms to the image of Sherlock held in the collective imagination, from his deerstalker to his pipe.

The story – written by Greg Freeman and directed by David Phipps-Davis – is an original piece that sees Holmes being called to investigate a murder that took place on the land of a Mrs Lucy Grendle, an acquaintance of the detective with whom he appears to have a love-hate relationship. Lucy is alarmed as a man was drowned in the lake belonging to her property. A witness claims to have seen the victim struggle against an invisible force before being pushed into the water by unseen hands. The titular protagonist and his faithful assistant Dr Watson set out to find an explanation behind this extraordinary event, and they discover a great deal about Lucy and her family in the process.

While there are a few amusing parts, the cast is quite lukewarm when it comes to bringing the story to life. Aside from Dr Watson (played by Philip Mansfield), the characters largely remain two-dimensional and constrained by their lines. Unfortunately, it does not help that the plot, and the way it untangles at the end, is rather bizarre.

The idea of creating a new adventure for Holmes is agreeable and works in some ways, but the play never really takes off. Nevertheless, it still makes for a diverting experience, perhaps to be explored alongside a visit to the Sherlock Holmes museum if one wants to delve deeper into the world of the famed character and imagine him in action.

Sherlock Holmes and the Invisible Thing is at from 17th July until 18th July 2019. For further information or to book visit the theatre’s website here.