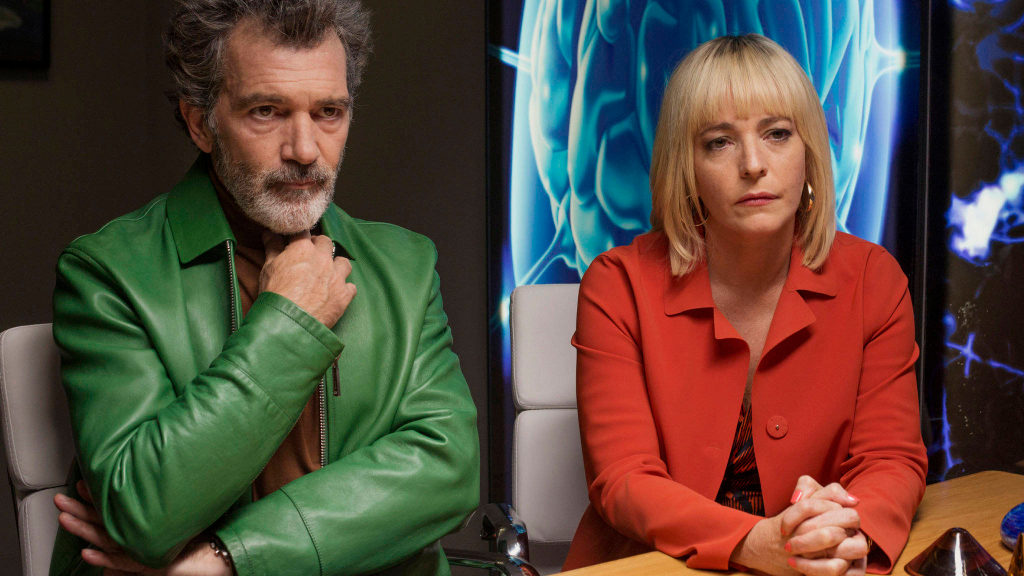 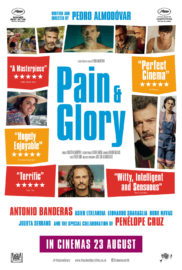 The 21st feature from Pedro Almodóvar sees the legendary Spanish filmmaker reunite with long-time collaborator Antonio Banderas in what is perhaps his most personal picture to date. Salvador Mallo (Banderas) is a director in physical decline. He hasn’t made a movie in years, finding himself locked in a creative block as he broods on his numerous health issues. Running into old friend Zulema (Cecilia Roth), Mallo is reunited with an actor he once collaborated with before a feud ended their working relationship. Alberto, portrayed excellently by Asier Etxeandia, is a somewhat dishevelled bohemian, desperate to get back under the spotlight. As Mallo is lured into the temptation of smoking heroin for the first time, he is reminded of a play he wrote called Addiction. Giving this to Alberto to perform awakens more memories from the protagonist’s past. Forced to face his own mortality, Mallo reflects on the highs and lows of his life and his career and finds himself questioning his place in the world, admitting that if he can’t make films, his life is meaningless.

There is a danger of such a feature veering towards the morose and, given the autobiographical connotations, perhaps becoming a little self-indulgent. In less capable hands this might have been the case, however Almodóvar’s assured direction and truthful writing prevents this from happening and ensures the narrative flows at a good pace, whilst at the same time being gentle and tender. Everything is glued together by the exceptional cast, all of whom deliver incredibly authentic performances.

Banderas is simply phenomenal, managing to convey such a vast array of emotions, thoughts and feelings with only his eyes or the flicker of his mouth. Like a picture telling a thousand words, we can feel the emotional turmoil this man is experiencing. It is a quiet and understated performance, a display of masterful acting. Penelope Cruz is perfectly cast as Mallo’s mother, again delivering a natural and nuanced performance. All of her scenes are a joy to watch and she is completely believable in her role. Her older incarnation is played by Julieta Serrano and it’s interesting to see how the character interacts with her adult son. Approaching death, her scenes with Banderas are utterly absorbing and poignant. Asier Flores as the young Mallo is enchanting in his first film role and Leonardo Sbaraglia as Mallo’s former flame shares a touching and tender scene with the lead.

There is a deep richness in terms of the film’s aesthetics, courtesy of Cinematographer José Luis Alcaine, a trusted collaborator of Almodóvar. This is a carefully composed piece of cinema, delicate yet unflinching in its exploration of the human condition and how creativity can be cathartic. There might be little in the way of plot, yet this meandering memory piece is so beautifully executed that it doesn’t matter. We are left in a pensive mood, yet a sense of warmth and hope prevails as we exit the cinema.

Pain and Glory is released in select cinemas on 23rd August 2019.

Watch the trailer for Pain and Glory here: