The Weatherman at Park Theatre 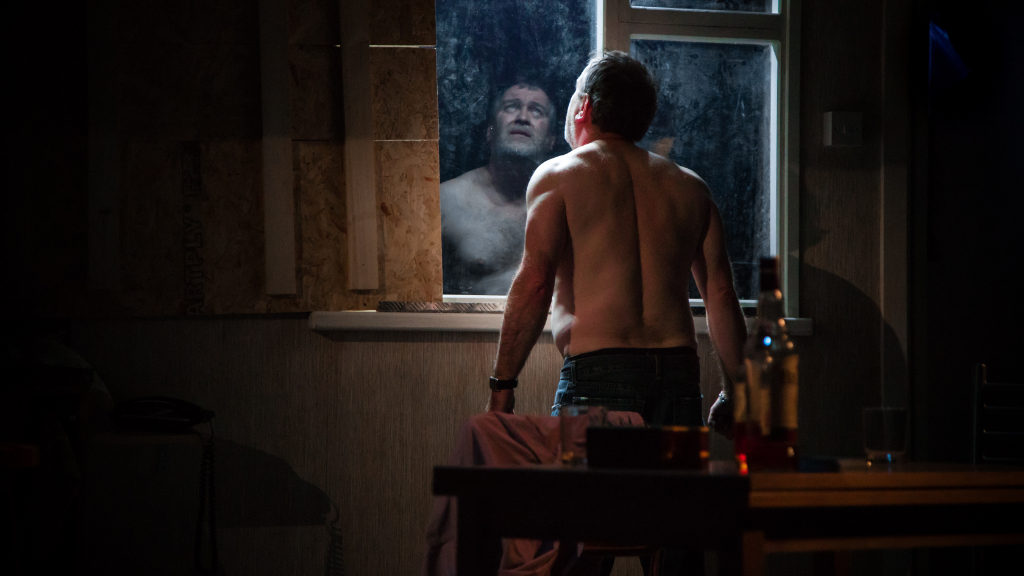 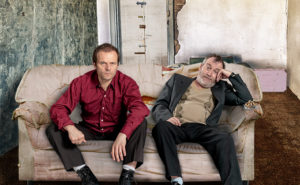 Eugene O’Hare’s The Weatherman is a play with a lot of potential in its tackling of the sensitive topic of childhood slavery in the contemporary West. Rather than focusing on the suffering of the victims, O’Hare concentrates on the way two men living on the fringes of society are pushed into participating in the act. With strong dialogue and some delicate acting, it represents a sympathetic and often haunting take on human trafficking.

Down on their luck, Beezer (Mark Hadfield) and O’Rourke (Alec Newman) grasp at the opportunity to participate in the trafficking of Mara (Niamh James), a 12-year-old Rumanian girl, in order to receive six months of free rent and some monetary compensation from their landlord Dollar (David Schaal). Their job? Looking after the girl while Dollar’s henchman Turkey (Cyril Nri) transports her from their flat to her various “jobs” and back.

For the most part this is a strong piece of theatre. The writing is both believable and horrifying; each of the men have plenty of instances in which they defend their positions. But it isn’t forced in a way that it becomes overly moralising, but, on the contrary, always feels as though it could be spoken by real people – not an easy feat when dealing with such a sensitive topic. The acting, too, is strong, especially from Newman, who manages to bring to life the complexities of his damaged character and complicated past.

There are several weaknesses, however, largely in terms of the development. Character-wise, O’Rourke is the only one who grows in any meaningful way – or even has a history to begin with. The other four characters are rather one-dimensional and remain static throughout (as believable as the writing and the acting may be!). The plot, too, feels a bit miscalculated, with the first act seeming little more than a build-up towards the much stronger second act.

But these flaws are redeemed by a fantastic ending, which, while not unexpected, is nevertheless beautifully done. As such, a little bit of editing and restructuring would work wonders to make this an exceedingly powerful play. In its current state, The Weatherman is still a strong work with tremendous potential, which is well worth a watch for the writing and acting alone.

The Weatherman is at Park Theatre from 15th August until 14th September 2019. For further information or to book visit the theatre’s website here.

Watch the trailer for The Weatherman here: