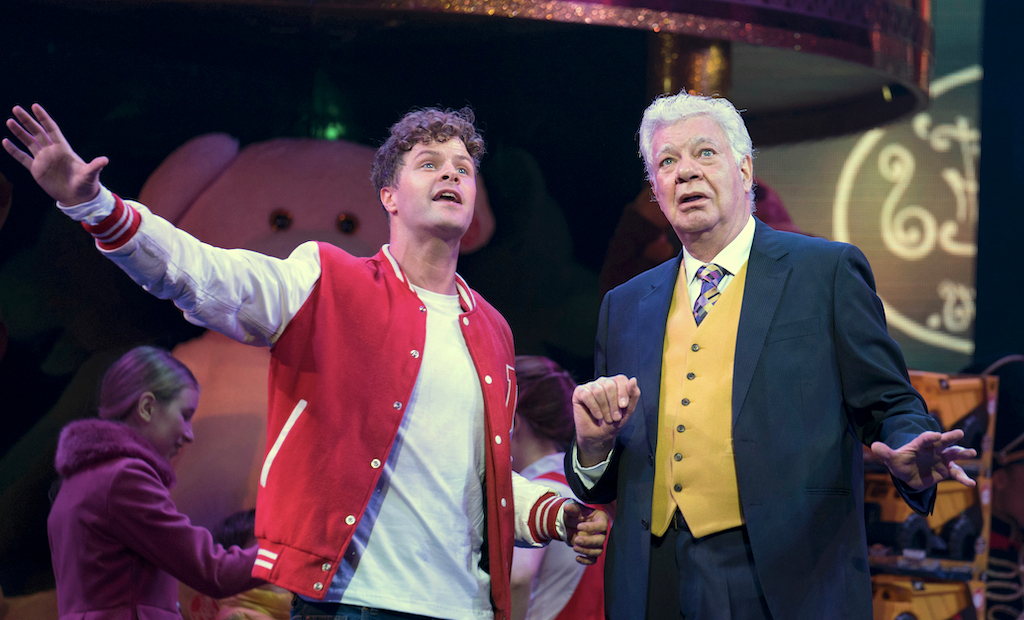 Being big means many things for 12-year-old Josh Baskin (Jamie O’Connor), the pint-sized schoolboy desperately trying to break away from his mother’s clutches in order to become the master of his own destiny, much like best friend and role model Billy Kopecki (Jobe Hart). So when a haphazard trip to the carnival has Baskin come face to face with a Zoltar machine, the youngster makes the wish of a lifetime – to grow up – and the rest is history.

Jay McGuiness charmingly leads the cast to higher heights in this West End adaptation of the 1988 smash-hit film starring Tom Hanks. Simon Higlett’s jaw-dropping production design features a revolving stage on which a myriad of video projections are shown, depicting everything from quiet residential neighbourhoods to glittering city skylines, not to mention a hugely impressive architectural landscape reminiscent of the Polly Pocket toy series. The ambiance created by the set alone, bridging the gap between motion picture and theatre in a timely and sophisticated manner, is a reason in itself to see Big.

Aimed at children and parents alike, this family-friendly show carries one vital message – that adulthood need not be rushed, for every life chapter has its perks and pitfalls – hammered home by Kopecki, whose brilliant Artful Dodger-like portrayal by Hart makes the starlet the heart and soul of the play. Enjoyable, yes, though the musical numbers can feel lengthy at times, hindering the plot’s advancement and the characters’ transformational arcs to a certain degree. Nevertheless, the final sequence, from the moment Baskin and love interest Susan Lawrence (Kimberley Walsh) part ways, to the former’s regression to childhood, is hugely captivating; the pauses, the looks, the thoughts – these are the points at which the magic radiates through.

Big is at Dominion Theatre from 10th September until 2nd November 2019. For further information or to book visit the theatre’s website here. 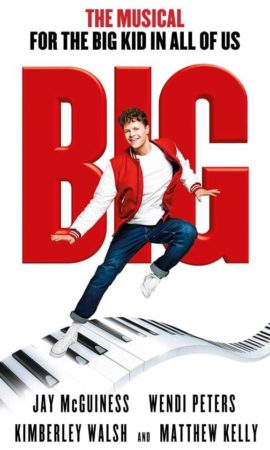