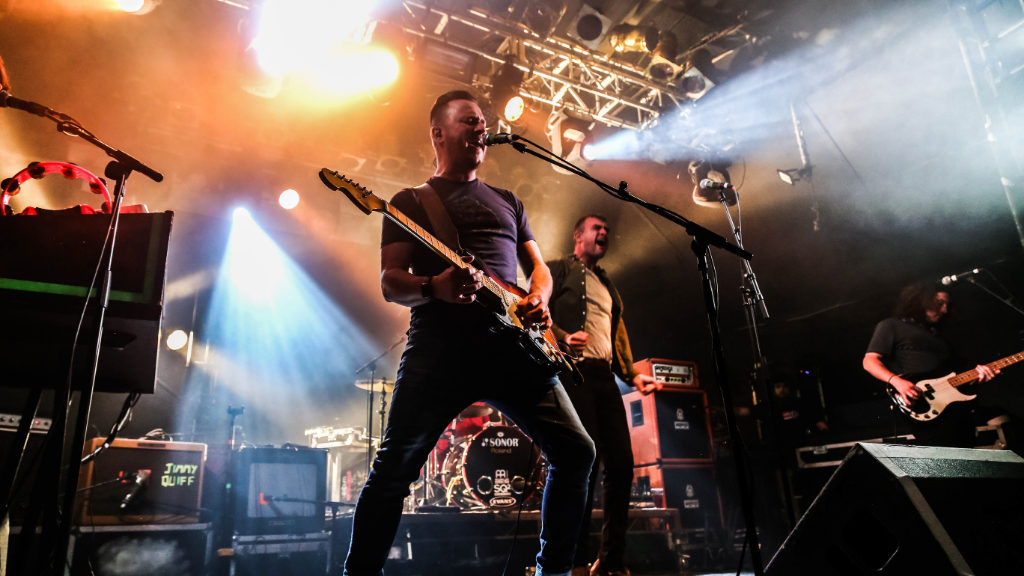 Reverend & the Makers at the Electric Ballroom | Live review

Out of the Shadows, Elastic Fantastic, Open Your Window

It was a joyously raucous crowd filling the Electric Ballroom last night, well lubricated with alcohol. Reverend & the Makers were little late onto the stage, but as the crowd became restive the DJ’s well-judged play of Don’t You Want Me placated them. At the opening chord of The State of Things, with man and band finally on stage, the pints were positively flying. It was poetry in motion. As the mosh pit writhed and pogoed, the Rev declared, “We’re bouncing from start to finish. Anyone falls, you pick them up.” This community spirit was demonstrated when a guy in a group of pint-downing mates lost his glasses and the mosh pit found them.

After six top 20 albums, the Sheffield indie rock/two-tone band is seasoned and it shows. All the songs in their epic 22-song set were highlights, though the glam stomp of Out of the Shadows, the spooky ska vibe of Miss Brown, and Ed Cosens’s shredding on Open Your Window particularly stood out. The latter inspired a spate of mass shoulder rides: one big lad taking his mate down in the attempt; another fan crowd-surfing directly into the arms of the unimpressed waiting security.

It’s easy to see how the Reverend (real name Jon McClure) got his nickname: he clearly inspires devotion. There were chants of “Rev Army”; a wobbly lady in the loos breathlessly told her two minute hand-dryer compadres that she had spotted McClure on the bridge in Camden earlier that day. McClure is a born raconteur, whether regaling the crowd with an anecdote involving an ex and a stool sample, or leaning over an amp to read a John Cooper Clarke-inspired poem about how “Northern seaside towns are shit” (“Even the seagulls are depressed”). The crowd was in the palm of his hand all night, and he proved an inclusive, kind troubadour. “Let’s ballad!” he declared before the slower songs.

The Reverend was a poet before he was a musician, and it shows in the humour and irreverence of his trenchant lyrics. The crowd knew every word. New single Elastic Fantastic is “a fantasy about killing Donald Trump with a bow and arrow”, and shows the same lightness of touch on heavy issues. Breakthrough single Heavyweight Champion of the World is an ode to disillusionment, music for those who want a break from the rat race. In such a long set, there was not a dud or boring moment. The Rev’s wife Laura McClure showed off her beautiful voice on the sultry Black Flowers. MDMAzing and Bassline brought an almost rave atmosphere to the gig before the mood came down again. McClure even performed an acoustic version of A Message to You, Rudy outside the venue afterwards. It is clear the band love playing together, and their passion and enthusiasm was infectious. In short: it went off. 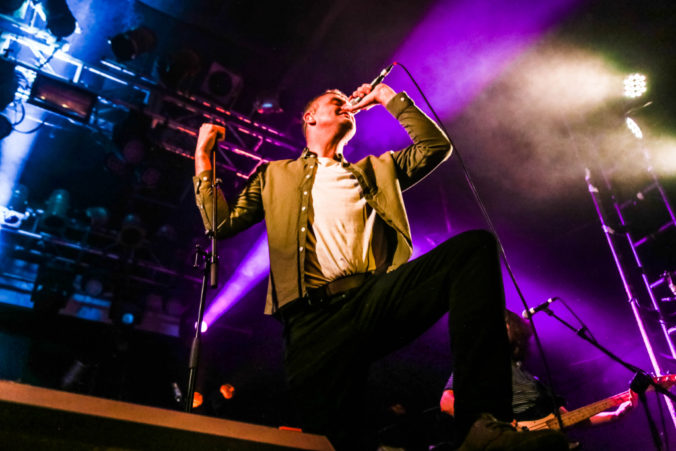 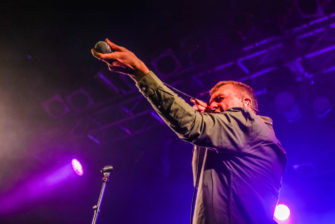 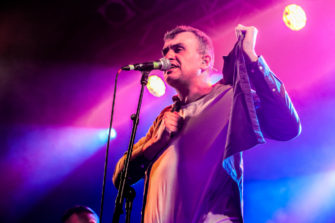 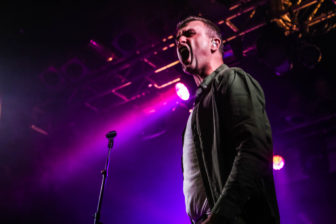 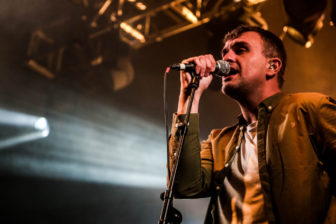 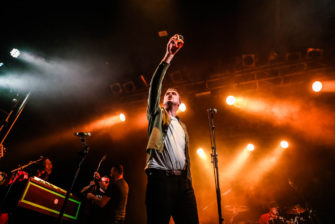 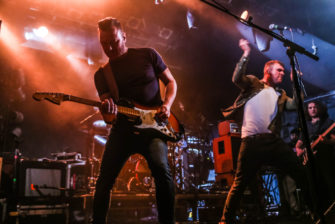 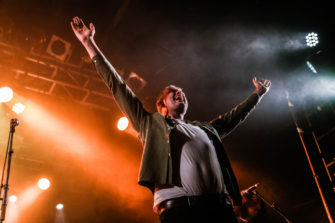 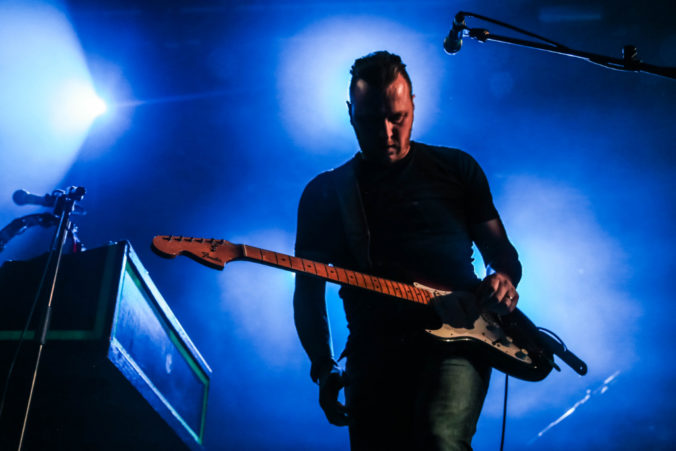 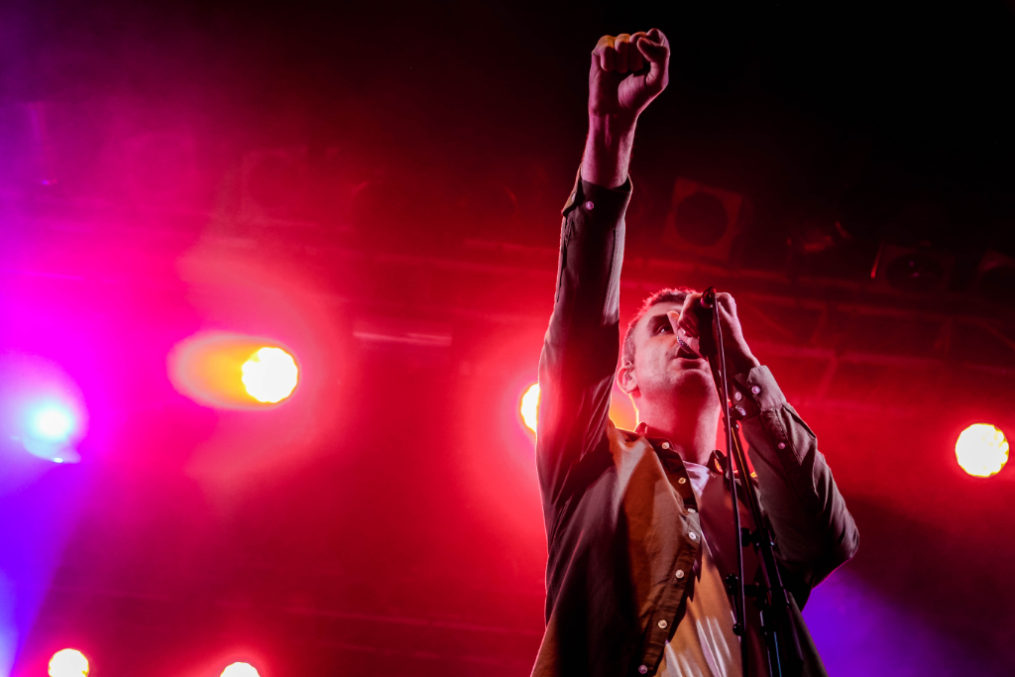 Out of the Shadows, Elastic Fantastic, Open Your Window