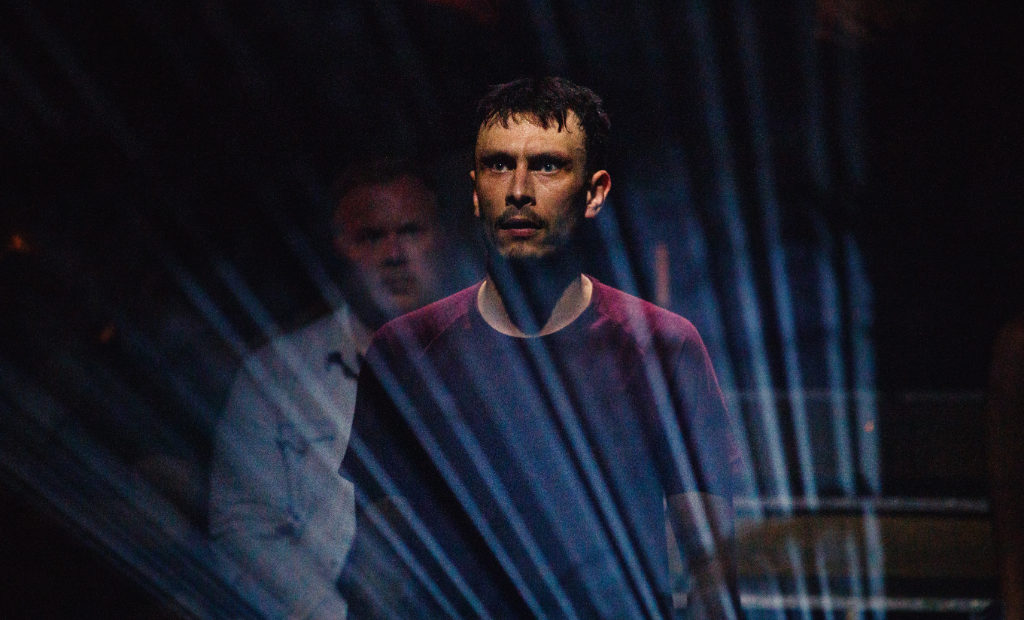 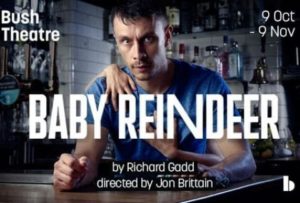 After an award-winning run at the Edinburgh Fringe in the summer, Richard Gadd’s one-man play arrives at the Bush Theatre for a month and, based on tonight, the praise will keep on coming.

This is Gadd’s debut play, but he is no stranger to performance or, sadly, trauma. His award-winning stand-up Monkey See Monkey Do was about a sexual assault he’d experienced and Baby Reindeer is about a stalker. The piece is based on a woman the writer befriended when working at a pub six years ago and the subsequent troubling developments. From innocuously offering a cup of tea, his stalker, Martha, begins to bombard Gadd with emails. But her disturbing behaviour escalates and persists for three years, including abusing his partner (which ends in a relationship breakdown), continuously attending his gigs and even harassing his parents.

The production is superb in capturing the menace and overpowering anxiety of the obsessive stalker. Director Jon Brittain adopts some simplistic yet deft staging techniques to emphasise these qualities. A bar stool represents the seemingly omnipresent Martha and is placed on a revolving circle centre-stage to evoke the persistent pursuit Gadd experienced. Even as he stalks the stage to engage the in-the-round audience, the chair ominously follows his every move.

The particular strength, however, lies in the visual and aural production. Designer Cecilia Carey, lighting designer Peter Small, sound designer Keegan Curran and video designer Ben Bull work in perfect harmony to create a dazzling maelstrom when depicting the intense ferocity of Martha’s threatening behaviour, but also a stark reality when interview clips are played, which poignantly reveal additional victims who have suffered, as well as Gadd. It is a technically astounding show, which Gadd must feel indebted to.

From an acting perspective, one cannot fault the performer’s commitment. He deploys an intense energy from start to finish, but sometimes there is an overbearing ferocity, which means we lose those softer moments of vulnerability that would make for a more emotionally developed portrayal.

However, this is more a performance piece than a piece of realistic theatre, which is cleverly crafted to reach the oddly touching end, when the nickname Baby Reindeer (which Martha bestows on Gadd) holds a surprisingly sad revelation. It is this skill and the scintillating production work that belies the reality that this is a debut play. Let us hope it is not his last foray into playwriting and performance theatre, because Gadd is very, very good.

Baby Reindeer is at Bush Theatre from 9th October until 9th November 2019. For further information or to book visit the theatre’s website here.