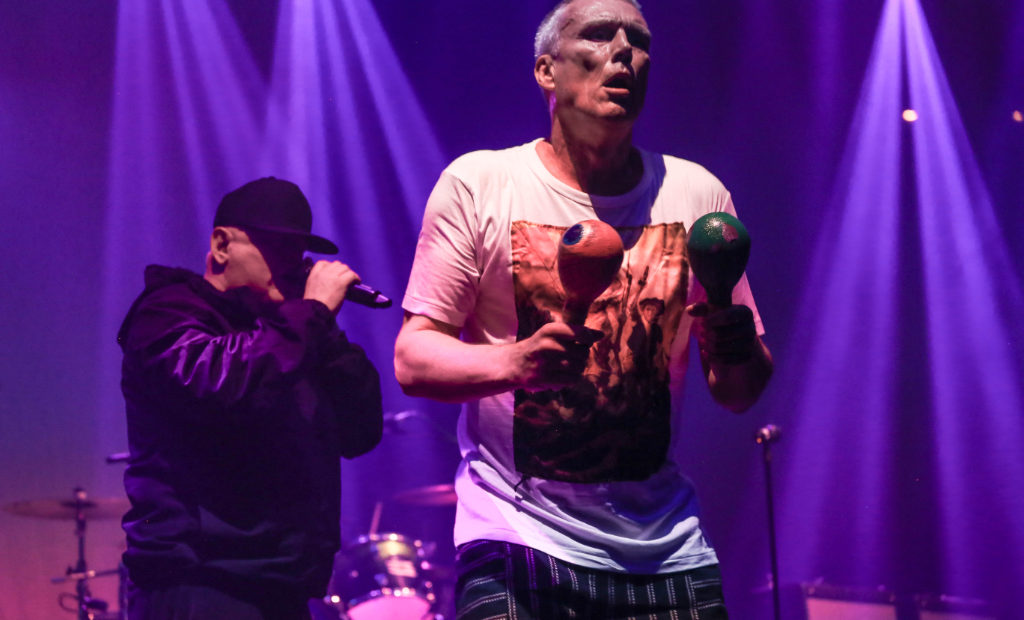 Perhaps it was Halloween excitement or Brexit-related relief, but as the audience filed into Camden’s Roundhouse so did a mood of excitement and anticipation. Happy Mondays’ Greatest Hits Tour had come to London, complete with lead singer Shaun Ryder and the ever-rhythmic Mark “Bez” Berry.

No doubt in honour of the band’s Madchester legacy, bouncing lights and spinning shapes accompany the group onto stage and follow them through the set. While this might have been radical in the rave scene of the late 80s, in 2019 it comes off as nostalgic at best. The opening riff of fan favourite Kinky Afro sets the crowd moving, spilling pints aplenty with arms in the air. Ryder is pulled through the song by accompanying singer and long-time band member Rowetta, who seems to dictate the general pace of the set. Followed by Performance and Donovan, Happy Mondays’ setlist delivers a recognisable combination of indie-rock and dance music that sets even the most restrained heads bobbing.

Rowetta is undoubtedly the saviour of the show, turning out vocal riffs and waving tassels in the air as she moves about the stage in a sparkly ensemble. She breathes life and a semblance of unity into an otherwise detached and chaotic performance. But with a history of scuffles and drama, perhaps this is what fans have come to see: chaos. Reviving the audience, Rave On from the second EP (released in 1989) and Clap Your Hands from the legendary album 1988 album Bummed, keep the party going. By the end of the set, there are even shoes being waved around in support of the group’s breakthrough track Hallelujah (pronounced Halleloo-jah, of course). Bez is naturally on top form, jiving around the stage with an endless supply of maracas.

Finishing the set with Step On, Happy Mondays rounds out their second gig at the Roundhouse in two years. It’s not a performance that will go down in history, but it certainly carried the ever-enthusiastic audience into Friday with a spring in their step. 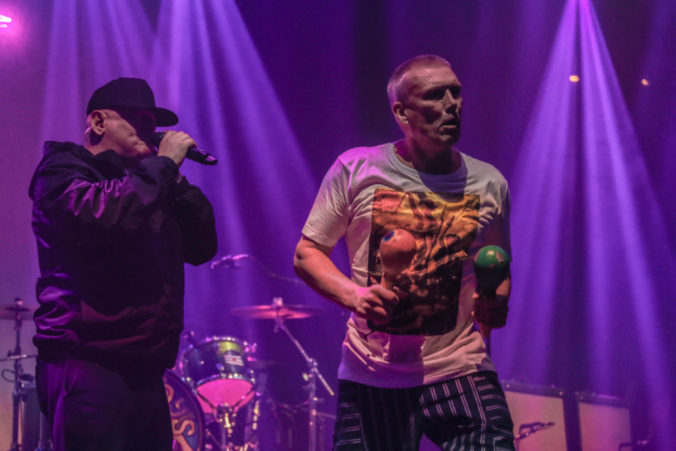 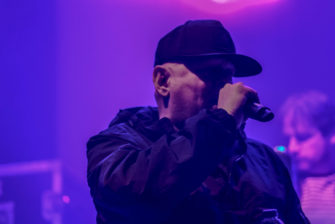 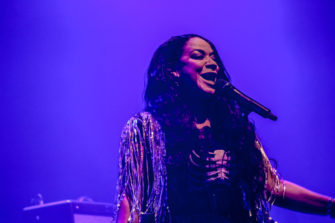 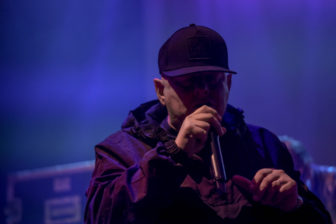 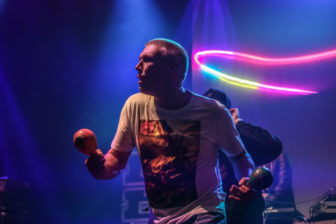 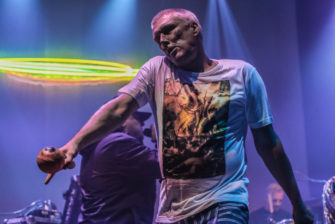 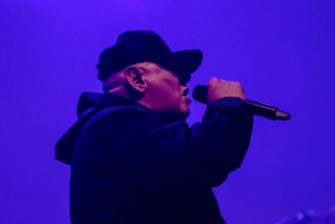 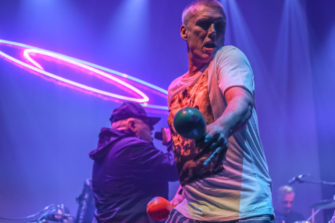 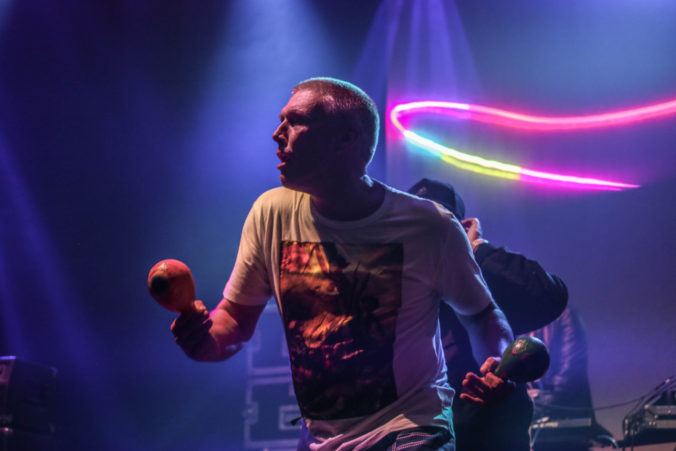 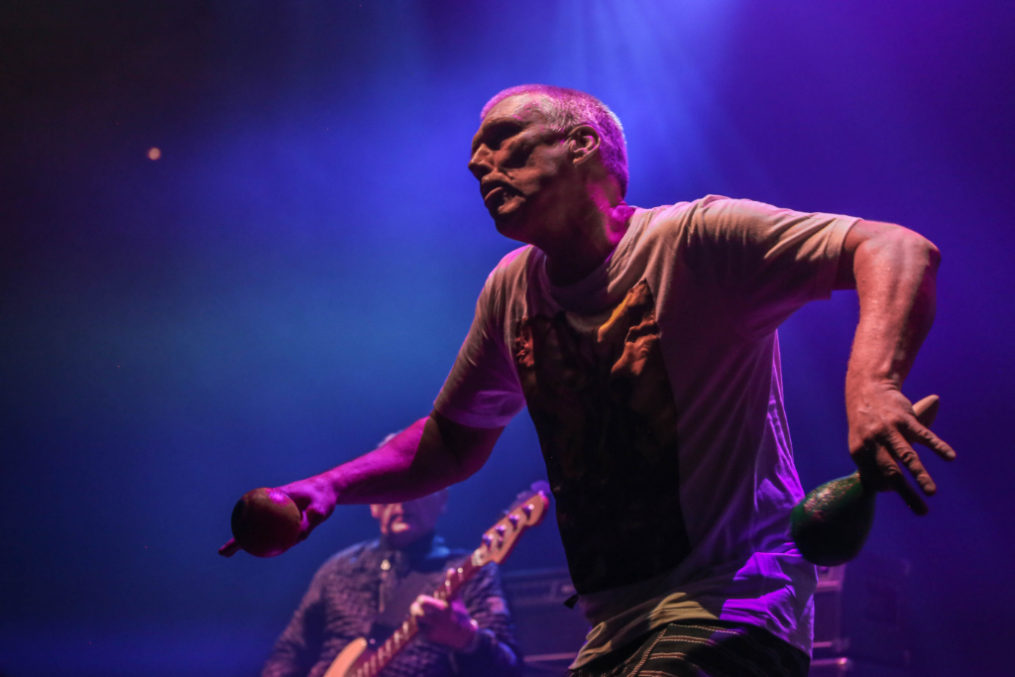