The Taming of the Shrew at the Barbican 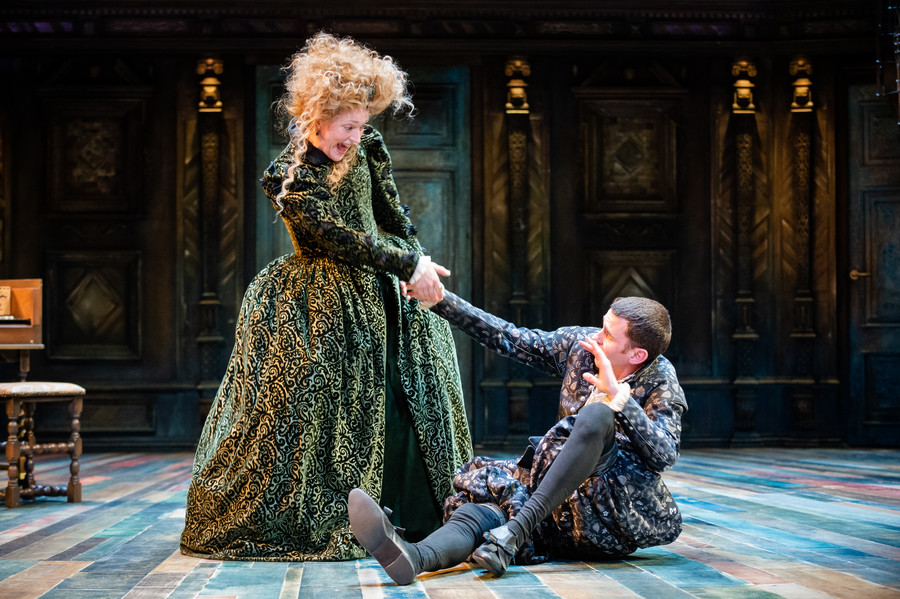 The Taming of the Shrew at the Barbican | Theatre review

The Taming of the Shrew

Shakespeare is often updated or re-imagined in order to feel relevant and relatable to a contemporary audience. The RSC’s production of The Merry Wives of Windsor and The Bridge Theatre’s take on A Midsummer Night’s Dream this year are two examples of that working. The Taming of the Shrew is perhaps one of the bard’s most problematic plays, considering it features female abuse and centres on bullying. On paper, it therefore seems one of the most eligible to be revamped and updated.

The most notable aspect of this latest production is the reversal of gender roles, and it’s easy to see why this concept appealed to director Justin Audibert. But that doesn’t necessarily mean it pays off.

This isn’t the Elizabethan era we’re used to and from the off, we’re made aware that this is a wildly different take on the play. With formidable women and subservient men, the power struggles take on an interesting new dynamic. That said, a woman abusing a man instead of it being the other way around doesn’t exactly do much for feminism.

These issues aside, the acting is first-rate, with Joseph Arkley’s Katherine raising many laughs. Claire Price as Petruchia also stands out, providing a thoroughly engaging performance. James Cooney as Bianco is also of note, drawing humour out of his character and utterly embracing the role. It has to be said that the cast as a whole have strong chemistry and complement one another well.

Ultimately, this version will divide audiences. Some may view it as a successful satire that embraces feminism and serves to poke fun and shine a light on toxic masculinity. Others will no doubt feel the story has been lost in favour of attempting to make a point.

The Taming of the Shrew is at the Barbican from 5th November until 18th January 2020. For further information or to book visit the theatre’s website here.

Read our interview with The Taming of the Shew director Justin Audibert here.

Watch the trailer for The Taming of the Shrew here:

The Taming of the Shrew