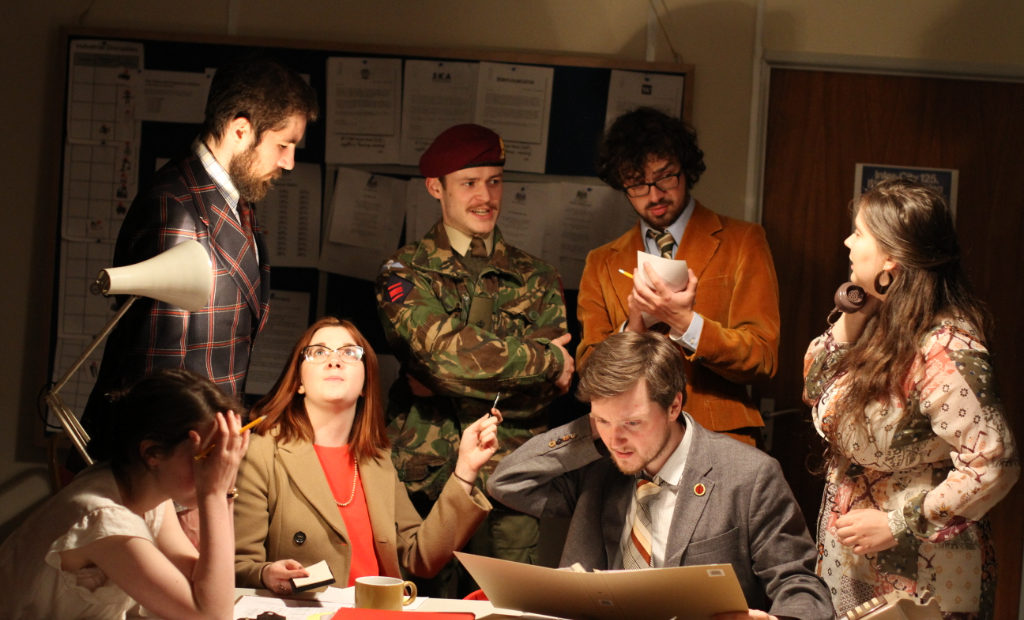 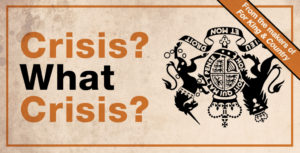 It’s 1979. Parliament is gridlocked. James Callaghan’s Labour Government has a working majority of zero and trade unionists have gone on strike. The Commons is in disarray after Margaret Thatcher’s Conservatives’ tabling of a no-confidence vote and the National Front is on the rise. Parliamentary advisors must gather in an abandoned office complex to resolve the deadlock that is British politics and forestall catastrophe before it’s too late. Will they make it on time?

Director and writer Owen Kingston and Tom Black of Parabolic Theatre team up to bring Crisis? What Crisis? – a wholly immersive theatrical experience which sees the public as decisive figures of power, steering the political course of Britain in 150 minutes – to the Colab Factory stage. This is no ordinary show. There are no conventions. There are no fixed rules. With only a few plot points to propel the narrative forwards, the rest of the action is a fill-in-the-gap exercise navigated by the spectators themselves – who are not in fact spectators, but active participants, improvising all eventualities, both triumphs and flaws. As delegates of the Treasury and the Home Office, their job is to lend their knowledge and expertise to fellow officials and help thwart civil unrest.

A game, no less, the production is everything that those in attendance wish for it to be. Their involvement is the determining factor as to whether they walk away from the experience feeling rewarded or perplexed. Though the show is intelligently devised and boldly tackled, for a production with this degree of immersive arrangement to have a niche subject matter at its helm, it must be expected that the result will be a hit-or-miss affair.

Crisis? What Crisis? is at Colab Factory Theatre from 12th November until 8th December 2019. For further information or to book visit the theatre’s website here.