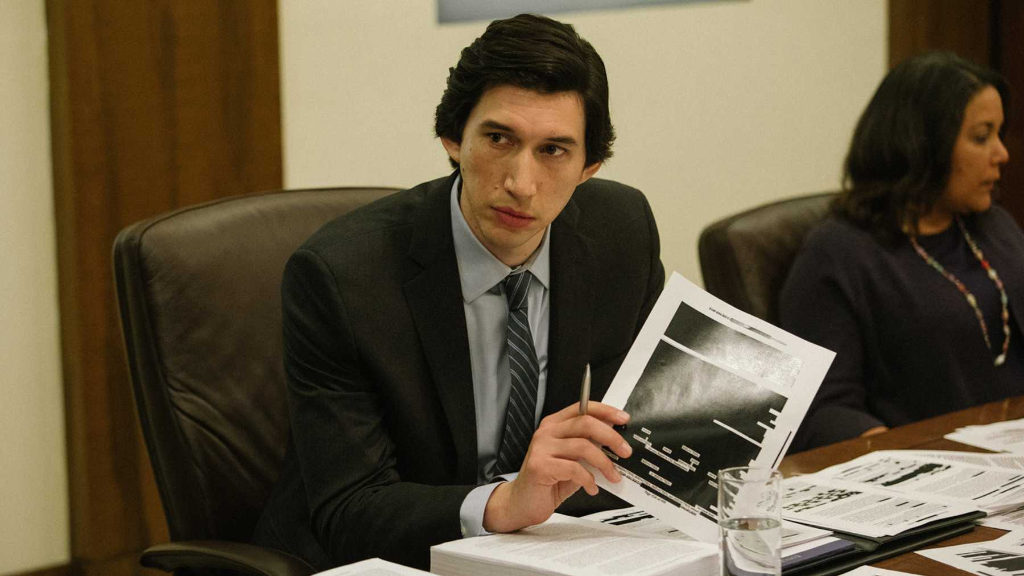 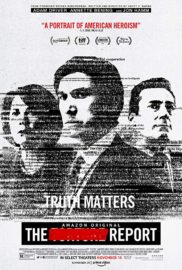 Despite all the purposeful confusion in modern politics, director Scott Z Burns is adamant in his assertion that there is a necessity in speaking truth to power. The Report, a level-headed and consistently tense Washingtonian thriller, marks yet another Hollywood rehashing of political oversight.

Senate staffer Daniel Jones (Adam Driver) is tasked with sifting through the Detention and Interrogation Program of the CIA following 9/11. Operating out of a fluorescent-lit basement, Jones and his tiny team embark on a several-year journey to determine the efficacy of the CIA’s EIT (enhanced interrogation techniques). They’re quick to learn it’s a world in which CIA officials can follow the phrase “human rights” with “blah, blah, blah”. The sprawling 2001-2014 timeline is minced together yet clear to follow. Shifts in time and place between Washington and CIA Black Sites are marked by stark stylistic changes in colour and camerawork reminiscent of producer Steven Soderbergh’s Traffic.

We have all the information at the beginning. The film redacts “torture” from its own title, foreshadowing Jones’s 400-page report which is initially sieved through The Agency and whittled down to a skint four pages. Discovering the truth is only one half of the battle, having it fall on public ears is another. Driver is wonderful as the film’s sturdy backbone. He plays Jones with vigour: determined, idealistic and only passionately raising his voice when he’s really worried about the bad guys getting away with murder.

Likewise, Annette Benning plays Diane Feinstein as a diligent senator sure in her process. Nearly the entirety of her role is played from behind the wooden desks of Washington. That’s perhaps the success of The Report. There’s little movement yet it builds and burns with injustice and intrigue. When Driver isn’t dwarfed by monuments on his runs along the Washington Mall he is trapped between the stacks of paper which look decidedly similar to the buildings outside. No matter the space, Burns indicates that man is puny against the machine.

Just as history repeats itself, so do the Hollywood iterations of repeating history. It’s a sticky cycle in which The Report is the latest participant. This thematically dense film harks to Zero Dark Thirty’s recapitulating of the CIA’S programme post 9/11 and the ongoing tensions between perception and reality. The movie is a thickly laid reminder that the cries for accountability in the current administration are hardly novel.

The Report is released in select cinemas on 15th November 2019.

Watch the trailer for The Report here: