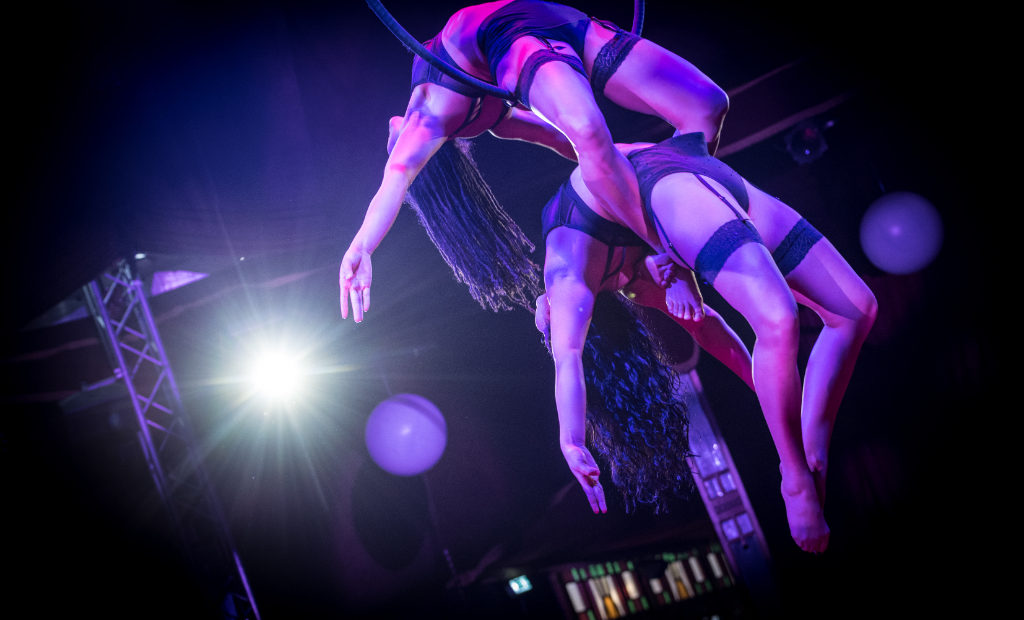 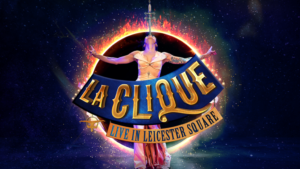 Have you ever seen someone swallow six swords? You will if you watch La Clique this Christmas! Featuring Bernie Dieter as the gin-soaked MC, the show blends cabaret, circus and dance to demonstrate the amazing – and slightly terrifying – things people can do with their bodies.

La Clique is performed in a hundred-year-old spiegeltent –  a travelling tent – which boasts a regal exterior, glitzy mirrors and decadent red booths.  Walking into this space feels like you’re being transported to a time you’ve only ever seen in the movies, which is amplified by a live band playing raunchy, jazzy notes.

The lighting is timed perfectly to the beat – sometimes flashing white on the “bam”, sometimes projecting swirly ethereal blue hues in the background. The stage itself is quite small, but it is able to accommodate an iron cask bath, an old fashioned bar and a number of aerial displays.

New York-born Heather Holliday delights – and slightly nauseates – the audience with her cheekily charismatic sword swallowing display. Watching her swallow six swords can make you want to gag, but there’s no denying it’s an impressive feat. The highlight, however, is watching a bright red light sabre literally light the inside of her throat up, as well as later being heated up with a confident fire breathing display. Florian Brooks takes juggling to a new level, using champagne glasses, oranges and trays – often at the same time – as his props. His slightly awkward 1920s vibe is fun and he manages to hold the audience’s attention with a shrug.

David Pereira uses a shopping trolley to perform a beautiful combination of contemporary dance and acrobatics, Lydia Norman and Zoe Marshall join together to create a sensual half-aerial, half-pole routine and Stephen Williams changes the way we see baths forever with his acrobatic feats in and over an iron cask bath. Bernie Dieter’s mischievous eyes and raunchy songs are a lot of fun and she really sets the tone of the evening, but those who watched Bernie Dieter’s Little Death Club this summer will notice that she uses a lot of the same routine – often word for word.

La Clique allows you to leave your worries at the door and enter a world in which difference is celebrated, everyone is beautiful and the human body is capable of so much more than you ever imagined. If you’re a boozer, a fornicator or just a humble circus lover, you can’t miss this show.

La Clique is at the Leicester Square Speigetent from 8th November until 4th January 2020. For further information or to book visit the theatre’s website here.

Zela London in Covent Garden: Sushi and cocktails for a weekend night out | Restaurant review
Measure for Measure at the Barbican | Theatre review