Touching the Void at the Duke of York’s Theatre 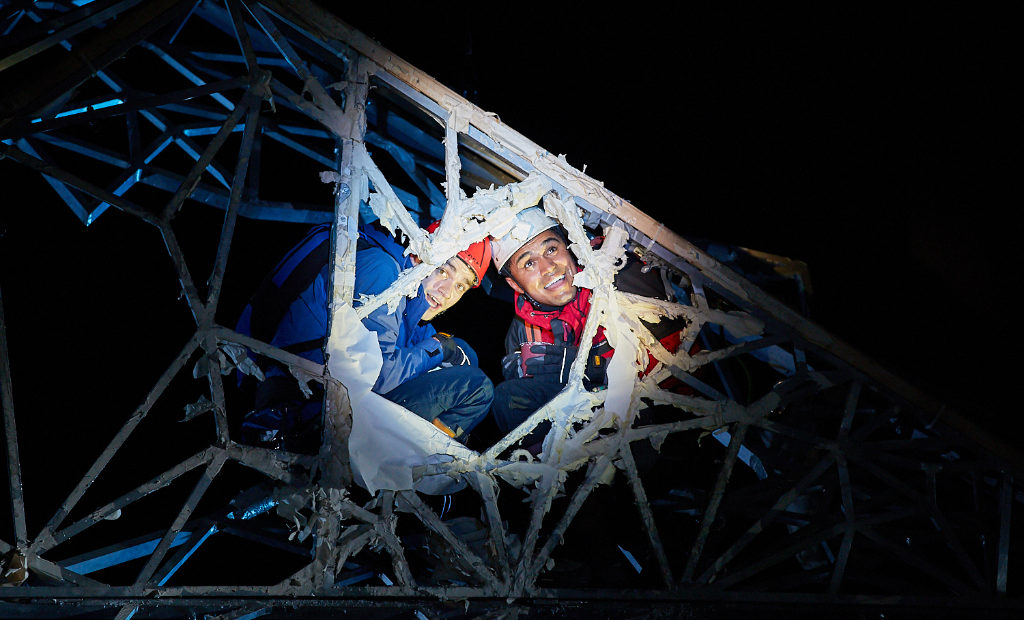 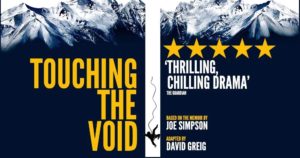 Tales of survival have an appeal like no other type of story. Thinking about the limits of human endurance stirs one’s rawest fears and awakens existential questions. Touching the Void is the memoir, later adapted for the screen, of mountaineer Joe Simpson. Resolute on trying an untrodden route in the Peruvian Andes, Joe teams up with an equally adventurous acquaintance, Simon, and the two set out with minimal equipment. Tragedy strikes far into their journey when Joe is badly injured and Simon, believing him dead, lets him fall into a crevasse. With a broken leg and no food or water, Joe takes the remarkable decision to crawl back to safety.

Director Tom Morris was so affected by Joe’s story and so determined to recount it with the immediacy of a theatrical tone that he worked around all the difficulties of representing it on stage with the help of adaptor David Grieg. The extended time of solitude that Joe experiences is dramatised by turning the voice in his head (that Joe writes about in his memoir) into a vision of his sister Sarah, guiding him and sometimes teasing him affectionately. Richard, the backpacker who accompanies the men part of the way, becomes a nerdy aspiring writer who helps Sarah (and the audience) to better understand the basics of climbing.

Ti Green’s stage design manages to make climbing sequences credible with the use of a moving structure representing the mountain, while the soundtrack and lights further enhance the thrilling moments of the story. Actor Josh Williams succeeds in expressing Joe’s emotional journey from boldness to fear and then despair as circumstances worsen and the elements mercilessly take over. The relationship between Joe and Simon is also well developed and the sense of comradeship comes through. The character of Sarah, on the other hand, comes across as inauthentic.

There are moments that sit oddly within the overall development of the story. Among these is Simon’s return to the campsite after leaving Joe for dead. One expects him to be physically exhausted and consumed by guilt and grief, but he seems in perfect form and merely disappointed to have lost his climbing partner. If the idea was to portray an emotional shutdown and total detachment caused by the trauma, it didn’t translate so well. The use of some theatrical devices – like time freezing mid-conversation when Sarah is getting to know Simon and Richard – don’t add anything and rather take away from the flow.

Considering the hardship of bringing such an untheatrical story to the West End, the overall result is actually commendable. While it begins a little awkwardly, the play becomes gripping and the work of the cast, and Williams in particular, allows the audience to relive this extraordinary adventure from an emotional perspective.

Touching the Void is at the Duke of York’s Theatre from 9th November until 29th February 2020. For further information or to book visit the theatre’s website here. 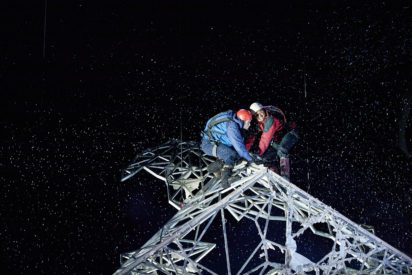 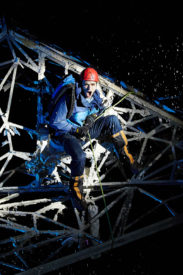 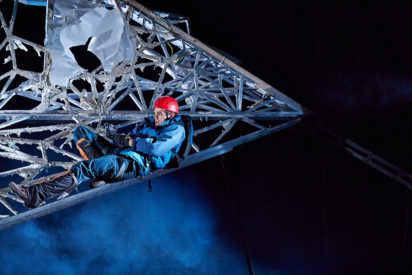 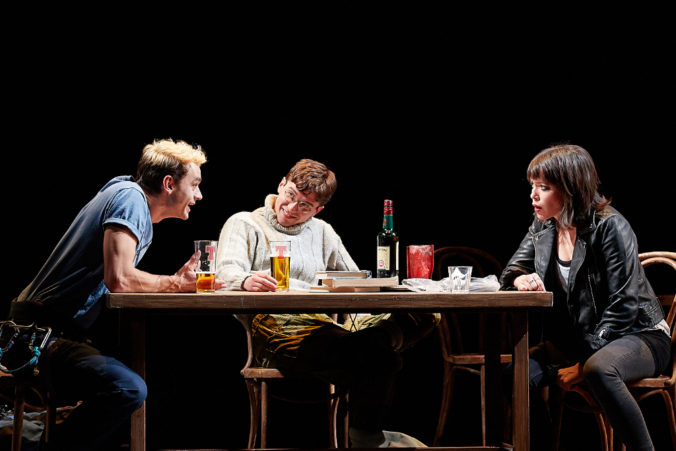 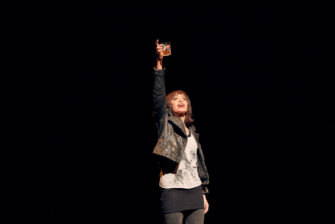 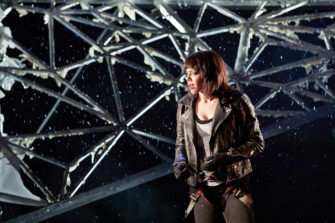 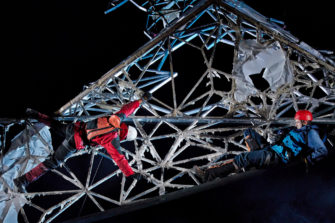 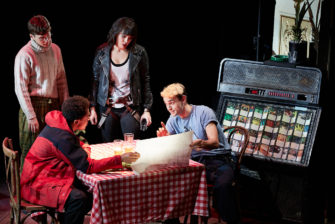 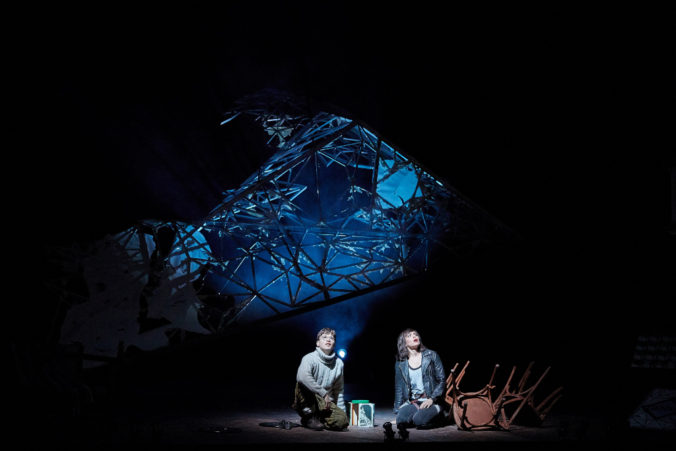