A Letter to a Friend in Gaza at the Coronet Theatre 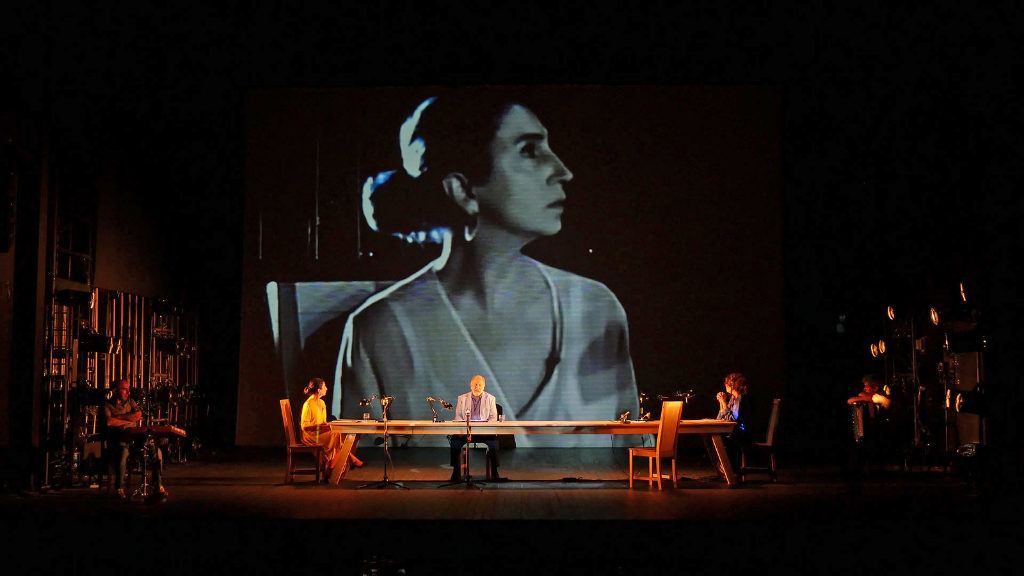 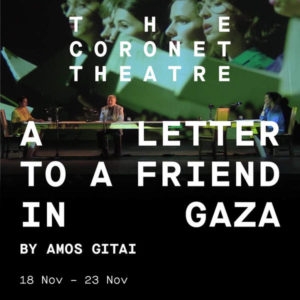 A Letter to a Friend in Gaza

In the silence of waiting for something, music can be a tool with which to accentuate the silence and emphasise the wait. Set in what appears to be a convention in which urgent matters are discussed before the world, A Letter to a Friend in Gaza is a thought-provoking, riveting and deeply touching embodied reflection of the occupation of Palestine. The show powerfully captures the feeling of imprisonment where life continues patiently while fate, future, hope and, inevitably, action are all bound by forces not merely beyond the control of people on both sides of the Palestine-Israel border, but violently outside of their reach.

Amos Gitaï’s elegiac work combines film, music, poetry and theatre to create a moving dialogue with the audience, in such a way that one listens with one’s entire body. Where the mind is bored, the heart is provoked by the anxiety of waiting; and, where the mind is brought to a chilling stillness of attention, the heart is soothed by the loving bond between father and daughter, or between the poet and his profoundly passionate love of life, freedom and hope.

Gitaï’s set design allows the space to exist at once as home, newsroom, conference space, an enclosed space, and a vast, beautiful landscape suffused with the smell of raw earth. It is a place where music (by Alexey Kochetkov, Bruno Maurice, and Kioomars Musayyebi) gently aids the soul in flight while the body is rooted firmly in the silent anticipation of waiting, waiting, waiting for something which never materialises.

Yael Abecassiss, Clara Khoury, Makram J Khoury and Hanna Schygulla are exceptional and inspire the deepest respect and compassion in Gitaï’s masterly production, that combines texts from Albert Camus, Mahmoud Darwish, Emile Habibi, Amira Hass, Yizhar Smilansky and Wisława Szymborska. A Letter to a Friend in Gaza is more than theatre – it is a poetic analysis of a complex and violent political reality, that makes evidence of history without becoming embedded in historicity or direct political criticism. It is a metaphor as delicate as the butterfly’s wings and as flittering as the gaze distracted momentarily – in Mahmoud Darwish’s term – by the butterfly’s burden.

A Letter to a Friend in Gaza is at the Coronet Theatre from 18th November until 23rd November 2019. For further information or to book visit the theatre’s website here. 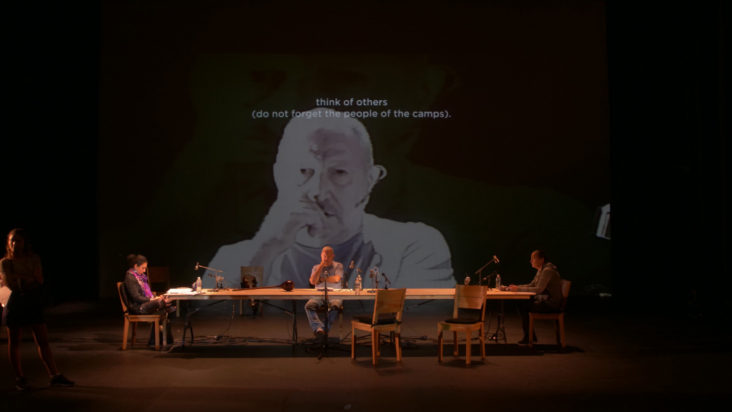 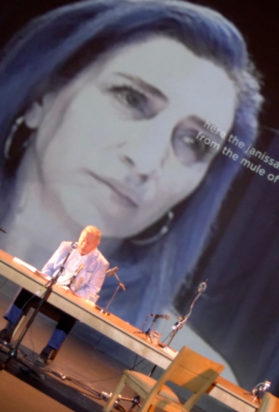 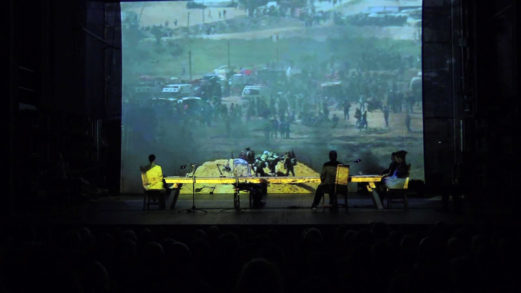 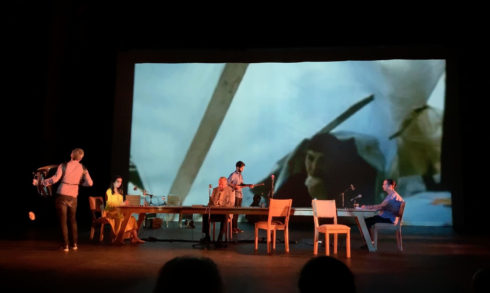 A Letter to a Friend in Gaza

“I wanted to look at bereavement through the eyes of other people as well as through my own”: An interview with Losing the Night playwright Cecilia Knapp
Sophie Ellis-Bextor soars in a spine-tingling show at the London Palladium | Live review