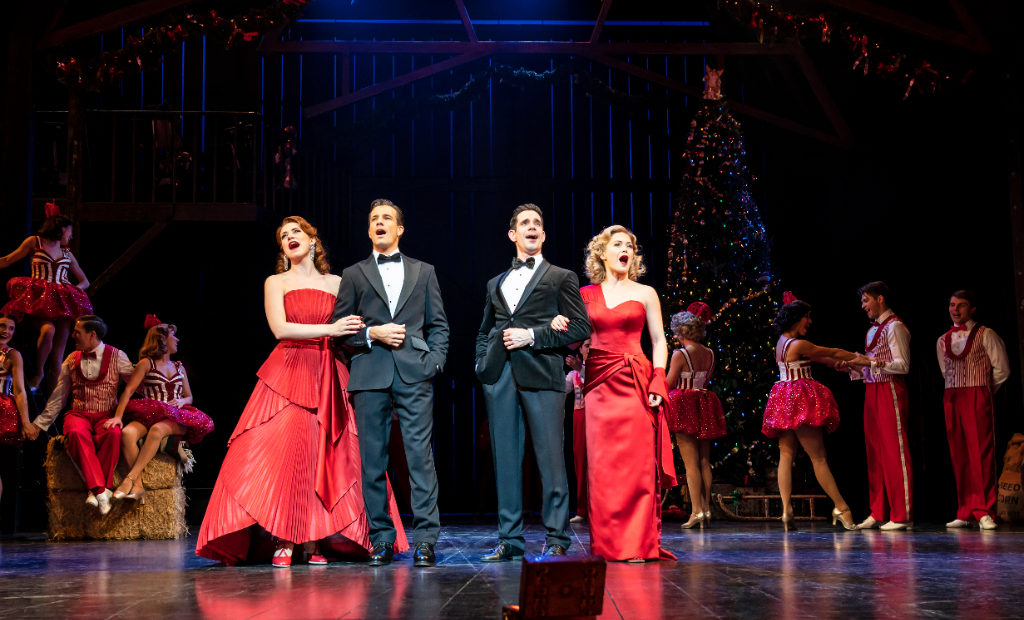 Bringing Christmas home early, White Christmas at the Dominion Theatre is a big-budget production featuring an incredibly talented cast and a well-selected team of skilful creatives. While it never quite matches the charm of the original 1954 movie with legendary stars Bing Crosby and Danny Kaye, it remains an endearing nostalgia-trip with gorgeous songs to melt the heart.

The set design by Michael Taylor is rather conservative, but not distracting to the overall performance, and it leaves plenty of open space to allow the brilliant choreography by Stephen Mear to shine from start to finish, supported perfectly by Neil MacDonald’s fantastic musical directing. Adding to this are the beautiful costumes by Diego Pitarch, creating a final performance which is wonderful to both see and hear.

Danny Mac as Bob Wallace is here at his best, delivering one hit after the other, demonstrating that he is a great fit to fill in Crosby’s (very large) shoes, and Dan Burton as Phil Davis delivers a highly energetic and delightful performance which warms him to the enthusiastic audience. Danielle Hope as Betty Haynes and Clare Halse as Judy Haynes are a marvellous duo who succeed whenever they are on stage together. Special kudos to Brenda Edwards as Martha Watson, who receives a particularly warm ovation after her bombastic Let Me Sing and I’m Happy.

Where the show falls apart is at the very elementary level of the script. It’s difficult to miss how dated the plot feels in 2019. Yes, it is a basic and charming romantic comedy, nobody gets hurt, we follow nice people doing nice things to nice music – and that’s it. There’s very little drama; the misunderstanding towards the end of the first act resolves itself rather predictably in the second, no surprises there. It essentially takes us back to an idealised world which never really existed.

This should hardly matter to most, however, since one hardly goes to see White Christmas for intense drama and conflict. On the contrary: one would expect simple escapism. And in those terms, it is spectacular, with beautiful music, costumes and choreography, and an all-star cast which will let us yearn for a white Christmas up to the very last moment.

White Christmas is at Dominion Theatre from 16th November until 4th January 2020. For further information or to book visit the theatre’s website here. 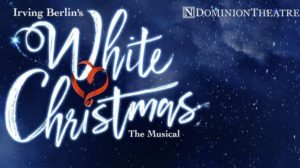 The Lion, the Witch and the Wardrobe at the Bridge Theatre | Theatre review
Rhys Lewis warms hearts with soulful vocals at EartH | Live review