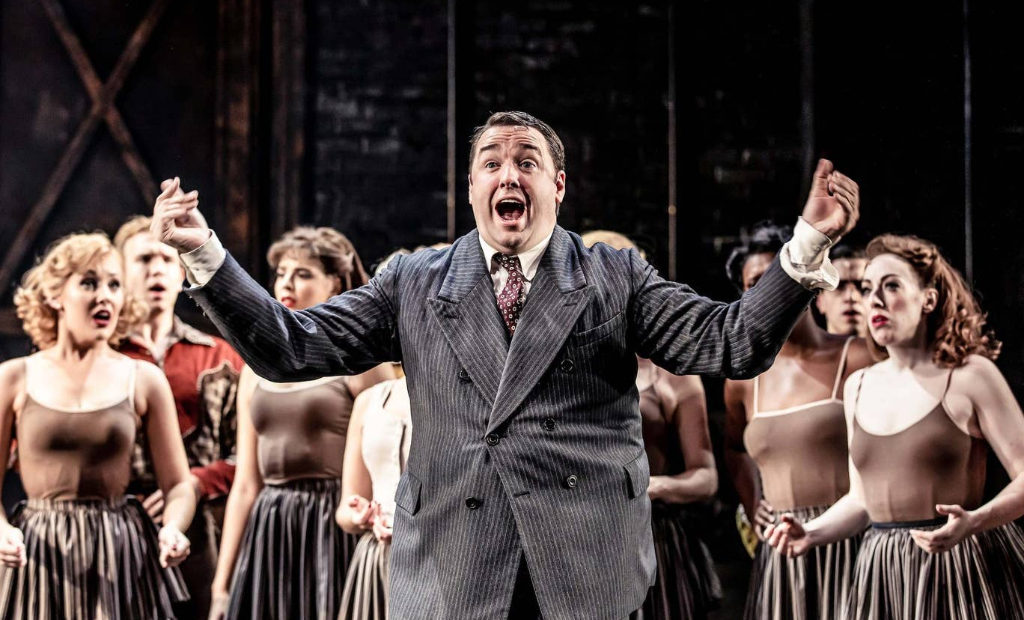 From the creators of smash-hits Chicago and Cabaret comes this classic whodunnit with all the camp frivolity and bright lights of a true West End musical. The production stars comedian Jason Manford as a theatre-loving homicide detective who is determined to solve the mysterious murder of a leading lady, while also livening up some of the more subdued songs in this failing, broadway-bound musical. Deciphering love triangles, obsessive producers and a black book full of motives are all part of the job and by no means an easy feat for the rookie officer, especially when the curtain falls on two more of his suspects.

This musical within a musical encapsulates more genres than you can keep track of – from murder mystery to modern ballet – and yet it never loses focus. The scenes flow with ease (and hints of manic energy) and solo performances such as the beautifully hypnotic dance by Bobby (Alan Burkitt) and Bambi (Emma Caffrey) in Act Two, bring the unexpected. As the cast makes their way through outstanding musical numbers such as the unforgettable Show People and The Woman is Dead, the plot begins to unfold. Untold grievances spill out along with a killer that you’ll never see coming.

Manford as Detective Cioffi delivers a predictably hilarious performance but it is Samuel Holmes who steals the show, in his role as the superbly shady director Christopher Belling. Serving up deliciously obvious innuendos and slating remarks about his motley crew of cast members, Christopher’s perfect one-liners have the audience hanging on each and every word.

While this is a spectacular show, it doesn’t quite live up to its iconic predecessors, whose fans will undoubtedly make this performance one to see. However, it does offer something else: a refreshingly unique night of glorious escapism and genuine, laugh-out-loud comedy.

Curtains is at Wyndham’s Theatre from 13th December until 11th January 2020. For further information or to book visit the theatre’s website here. 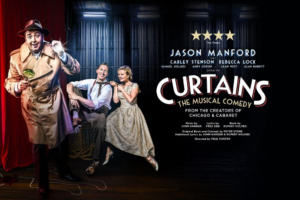 White Lies to headline Stand Up to Cancer 2020 at Union Chapel
Star Wars: The Rise of Skywalker | Movie review