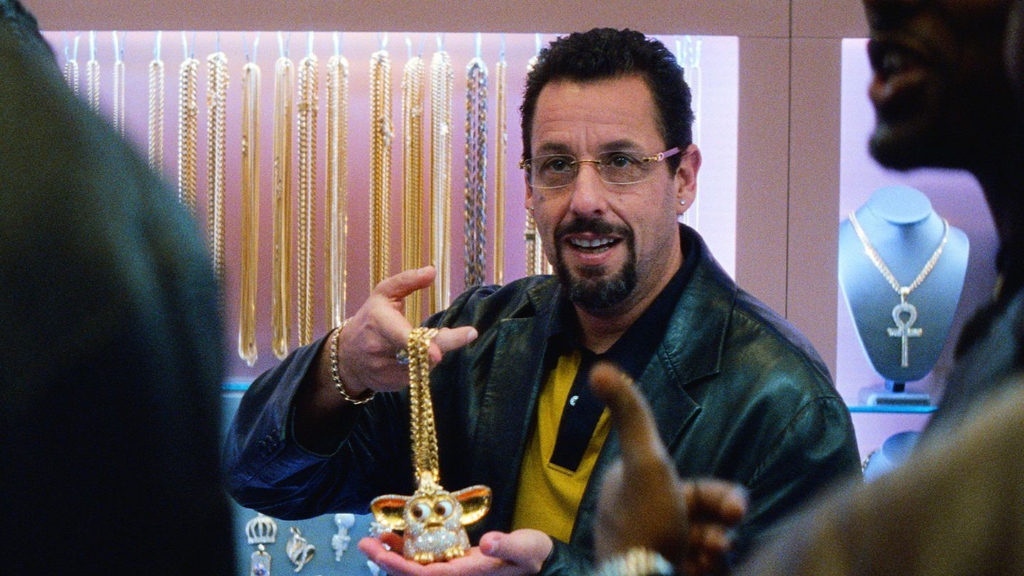 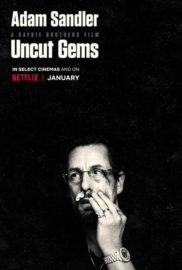 Set in the not-so-distant past, Uncut Gems is a thrilling and intoxicating free fall of a film. Except it is not just gravity that’s plummeting anti-hero, Howie, from the middle to the bottom.

Adam Sandler is Howard Ratner, the Diamond District’s resident big talker who owes everyone something. His recent procurement of a black opal – a rare gem mined by a Jewish community in  Ethiopia – leads him to believe his next series of gambles will pan out. Except, when Howie shows off his fancy new toy to NBA superstar Kevin Garnett, his already frayed life rips open. It’s an arresting performance from Sandler, who melds grit and adrenaline to find a near-perfect concoction. The Safdie brothers have us racing to catch up with the breathless man and, once we do, its evident he’s still catching up with himself. Constantly slammed against walls, Howie’s deludedly sure it’s not about how many times he gets knocked.

Fans of Good Time will no doubt relish in the Safdie brothers’ distinctive style. Handheld footage hones in on characters’ faces with long lenses as the world spins around them. It’s so affecting and effective in showing characters on the precipice of being swallowed by the overwhelming city. The pulsating soundtrack, which has an uneasy video game-like texture, propels the story forward. Everything acts in perfect disharmony. There’s no point to breathe and when you finally do you’re so used to the uncomfortable speed that the calm is almost as unbearable as you anticipate the next rush. There’s so much yelling that your ears ache as much as your heart tugs for the depth of humanity delivered by the cast. Among the shouts it’s tricky to discern the reliable sense of satire, perhaps helped by Julia Fox and Lakeith Stanfield.

Not the smartest nor a total shmuck, Howie resides in the middle ground, his success necessitating a lot of luck and being in the right place at the right time. Of course, he rarely is. Unlike their man without a well-devised plan, the Safdie Brothers prove they’re utterly in control of their craft. Throughout the exhilarating trip, they dangle you over the edge with just enough to cling onto before your sweating palms start to slip.

Uncut Gems is released in select cinemas on 10th January 2020.