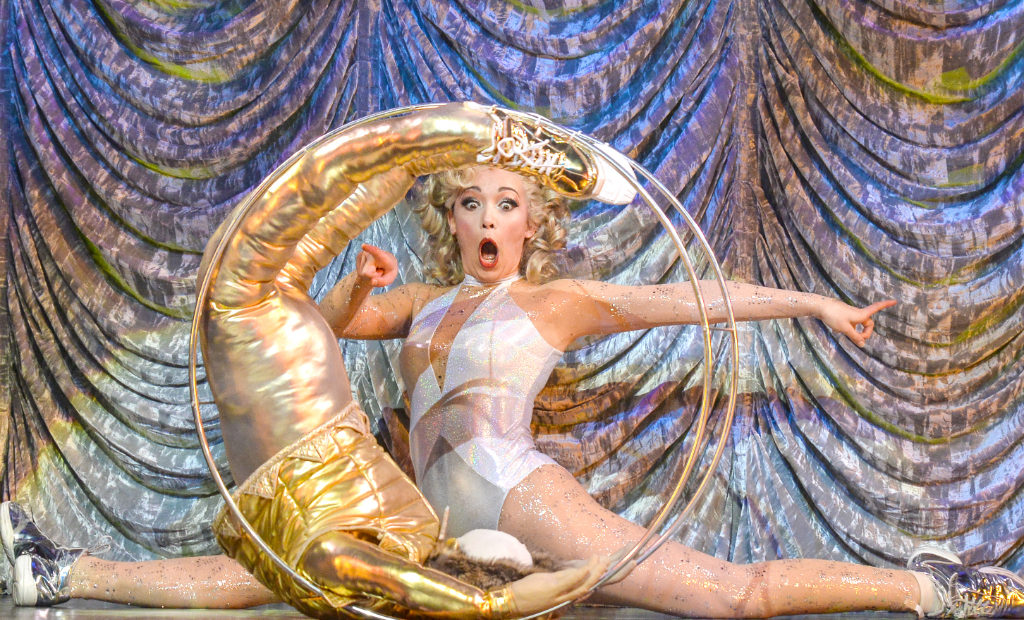 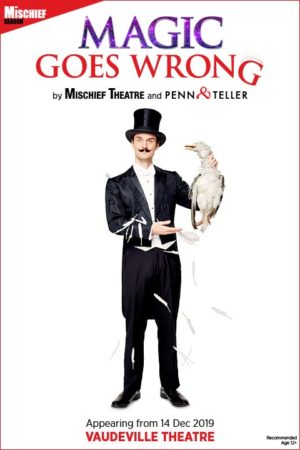 Mischief Theatre continues its gradual takeover of London’s West End with its latest comedic “catastrophe” at the Vaudeville Theatre. A creative collaboration with legendary duo Penn & Teller, Magic Goes Wrong sets out to “destroy” magical acts both historical and contemporary. This epically scaled and delightfully nightmarish production manages to conjure up uproarious laughter while pulling off some clever tricks of its own. It’s the best “worst” magic show in town.

Like a good card trick, the hidden aces of Magic Goes Wrong are best kept up the sleeve. Suffice to say, the production remains characteristically mischievous, with Penn & Teller’s influence sprinkled vicariously throughout. Pre-show pranks and composer Steve Brown’s gaudy music introduce the audience to the irreverent ambience of the awaiting “charity magic gala”. Will Bowen’s set design has deceptive glitz, glamour and technical polish but soon lights start blowing, props don’t work and panicked “stage-hands” are dashing in and out of the wings.

Though there are hilarious parodies of Houdini, Derren Brown and Most Haunted, these can be deliberate misdirection from the genuine magic show taking place. Beneath the amusing self-mockery are some very cunning and deftly executed tricks. A pleasingly lively pace and varied structuring of solo acts make the two-and-a-half-hour running time vanish, keeping the audience both entertained and longing for more.

Under Adam Meggido’s direction the tight ensemble manages to keep up the careening, farcical atmosphere (cleverly belying their clear focus and skill) but it’s Shields and Lewis who really raise the rafters. While Shields brilliantly channels John Cleese for his strained impresario, Lewis’s highly sensitive medium has all the best spontaneous interactions and provocative exchanges with the audience.

A few gags get repetitive, predictable sendups and thin mawkishness do slightly flatten the production’s sparky energy. This does raise some questions over the longevity of the Mischief brand – surely not Musical Gone Wrong next? Nevertheless, despite the magic going so wrong here, the show’s spell of naughtiness and amazement feels so right.

Magic Goes Wrong is at Vaudeville Theatre from 8th January until 31st May 2020. For further information or to book visit the theatre’s website here.