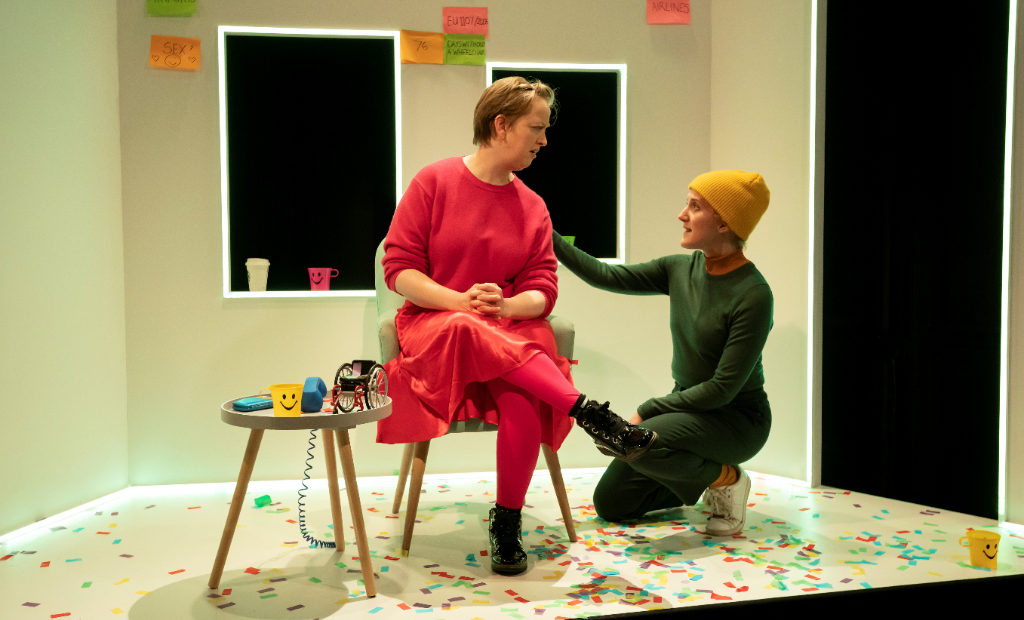 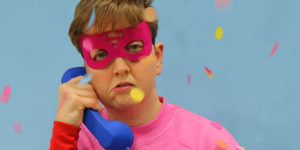 Athena Stevens’s life took a dramatic turn in the autumn of 2015. Removed from a London to Glasgow flight as a result of her disability, events went from bad to worse when the costly wheelchair she had been using was damaged upon return. Tackling the blues of systematic discrimination, Stevens has had to fight her way back ever since. Have her efforts been enough?

Inspired by a true story, Scrounger is a courageous and emotional piece of utmost honesty, chronicling the difficulties that disability often manifests. Though a popular online personality, who manages to document and broadcast her ordeal to the millions, Scrounger’s (Athena Stevens) private life is riddled with pain; losing friendships as a result of her inability to leave the house with ease is just one of many heartbreaks she faces. Luckily, her loving partner (Leigh Quinn) is there to push her through those lows, but how long will it be before the latter, too, has reached boiling point?

Though tragic in parts, the production capitalises on its comedic elements as well, especially through Quinn’s multiple character portrayals; the audience can expect to find her as a newsreader, a customer services attendant and a convincing Italian website guru with a top-notch accent, to name a few.

Scrounger is gut-wrenching. It’s memorable. It’s made to generate discomfort so that change can ensue. It’s made to make a difference, for the many and not the few.

Scrounger is at Finborough Theatre from 7th January until 1st February 2020. For further information or to book visit the theatre’s website here.