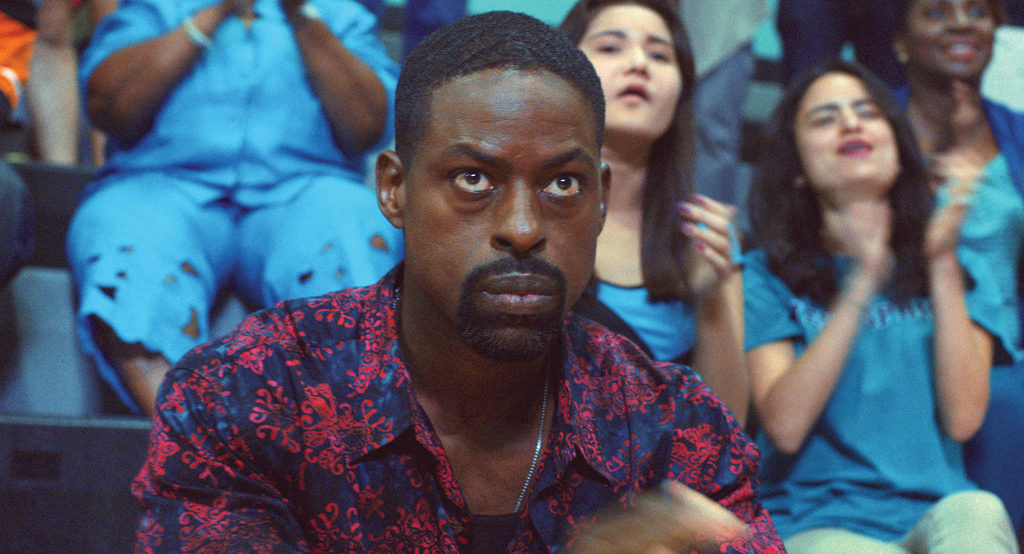 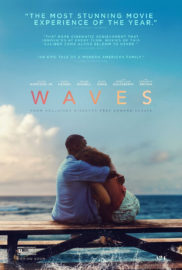 Waves is everything a film can be. Super stylish and drenched in emotion, it’s a gut-wrenchingly spectacular cinematic experience from writer-director Trey Edward Shults.

Before you can take a second breath, we are dunked into Tyler’s (Kelvin Harrison Jr) world, articulated by wrestling practice, young love and family. The camera swirls with manic purpose guided by Drew Daniels’s cinematography, which is characterised by long takes constantly shifting in their tracks. Within a matter of seconds, we are submerged into a high-schooler’s life. It pounds with the pressure of performing and the perils of unfulfilled potential. Tension bubbles before we even know why. Shults perfectly captures the insurmountable sense of freedom allotted to teenagers who are on the precipice of a cliff drop.

Waves is about a family shattered by a chain reaction. At first, the ripples are small and manageable. Then, suddenly they’re not. Kelvin Harrison Jr plays the 18-year old in question – his performance shows startling talent. The actor melds fragility and cockiness and is balanced by Sterling K Brown’s performance as his father, who likewise muddles pride with the pressure of parenthood. They are an affluent suburban African-American family aware that the world is waiting for any opportunity to rip their comfortable lifestyle away.

With shots and sequences that are both visually sophisticated and inventive, Shults successfully experiments as a filmmaker. Most notably, he plays with the aspect ratio. Waves slinkies down to Academy ratio from widescreen and back out again as the film hits its devastating climax. Similarly, with a midway shift in perspective, Shults confidently relays that his story encompasses more than one boy’s experience. It’s as though the film’s backbone becomes the emotional lives of its characters, which are linked by bold flashes of colour. Scenes melt together as soft hues swelter across the screen like colourful swatches of the larger emotional fabric of its characters. The result is a film that is insurmountably powerful and succinctly poignant.

The ultimate message is one of forgiveness. However, Shults inadmissibly shows a system rigged to allow an old white father to ask for forgiveness at a hospital while a young black man is forced to do so behind bars.

Watch the trailer for Waves here: