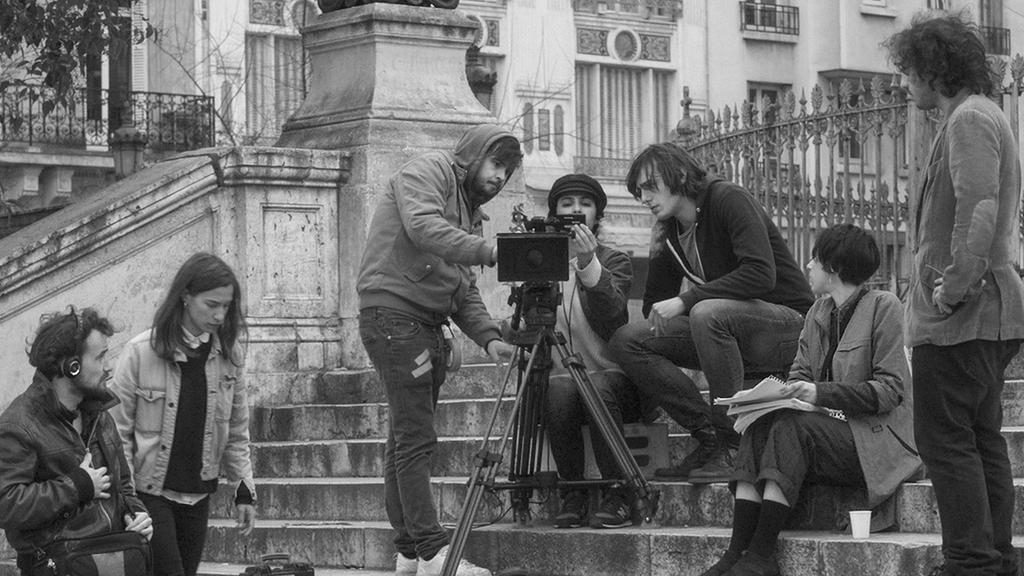 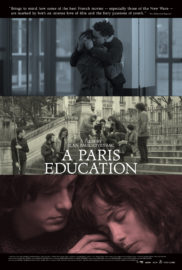 While there are a number of films about making films, writer-director Jean-Paul Civeyrac’s A Paris Education extends beyond filmmaking and into the psyches of filmmakers – or rather, students of the craft. Idealistic, confused, passionate, doubtful, agonized and hopeful, they explore literature, philosophy, poetry, sex, relationships and existential pain via their love of moviemaking.

In black and white, sombre in visual and emotional tone, its atmosphere throughout is melancholic, reminding somewhat of an Ingmar Bergman tragic drama – though also echoing French New Wave. The sound is symphonic, primarily Bach – beautiful and poignant, but grave. Barely ever laughing, the characters are tepid in their joy and rarely seem happy – they are generally lost and consumed with angst. The frequent sex seems as passionless as a casual get-together in a café with beer and cigarettes – and in typical French tradition, the characters smoke constantly.

Etienne (Andranic Manet) leaves his home in Lyon and his girlfriend – his first love – to attend a Paris film school. Befriending his college peers, also mostly from outside the capital, the tentative Etienne continuously converses with them in the vein of My Dinner with André about the arts and the meaning of life. Illustrating a particularly Gallic intellectual enjoyment of ideas and discussion, a preoccupation with classical and modern literature and philosophy, and a tendency to reflect on the purpose of existence, there is an underlying romanticism in these kids, but also a pervasive sadness.

Idealist young Mathias (Corentin Fila), highly critical of contemporary cinema, is disliked by some and idealised by others, including Etienne. Mathias’s love for the medium is close to heartbreaking. He embodies a principle theme of the narrative: the idea that art in itself, if sincere, is a kind of redemption – that it can heal the world. That conviction is a heavy burden for Mathias, and through him the work probes the fragility of the artist’s soul. Etienne seems uncertain throughout. Though interested and involved, he is not quite present, appearing bewildered and childlike. Annabelle’s (Sophie Verbeeck) fervid and emotional devotion to activism becomes a counterpoint to the filmmakers’ belief in art as transcendence.

With admirable acting and excellent writing, directing and cinematography, A Paris Education is a well-constructed, thought-provoking film that attempts to be honest. Though solemn in mood, the movie exudes a spirit of hope.

A Paris Education (Mes Provinciales) is released in select cinemas on 14th February 2020.

Watch the trailer for A Paris Education (Mes Provinciales) here: