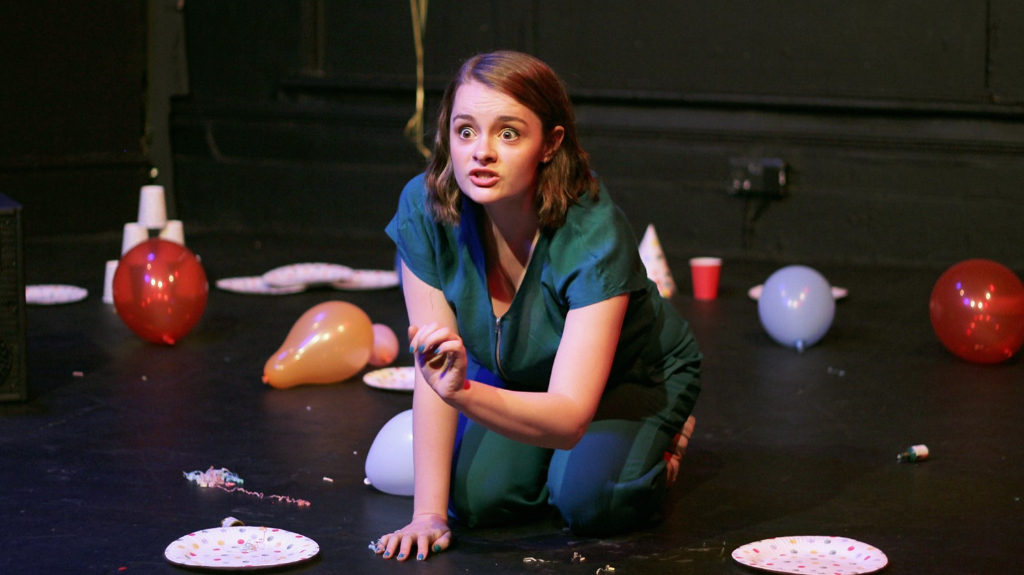 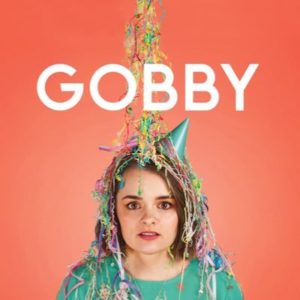 Meet Bri (yes, said like the cheese). Bri is a young woman struggling to navigate her way through adulthood. She’s funny. She’s flirty. At times, she’s painfully (and often relatably) awkward. And she brings the audience on a journey, guiding them through five different parties which she believed changed her life at a time when she was just beginning to rebuild it.

After successful runs at both the Edinburgh Fringe and the Pleasance Theatre, writer/performer Jodie Irvine brings Gobby to the Vaults Festival. The show’s previous success is no surprise, for Gobby proves a piece of masterful storytelling, excellent comedic timing, and above all emotional vulnerability that feels neither forced or overplayed. Such a feat is hard to achieve, and though much of the work’s strength lies in its comedy, the revelation that Bri is recovering from a toxic relationship is skilfully woven into the narrative – leaving room for a powerful message to slip in.​

Irvine shows great promise as both a performer and a writer, portraying a range of different characters (with different accents) to draw the audience in. She does so with ease, warmth and familiarity – the end result leaves you feeling as though you know Bri. Gobby is structured like a conversation with the audience, allowing us to be part of the story too.

The minimalistic use of both set and props does not spoil the quality of the performance – in fact, it only enhances it. Within the play, balloons, party hats and party poppers are transformed – used to represent a telephone, a flirty partygoer and even dough!

At heart, Gobby is a tale of self-discovery in the modern age, observing how we deal with heartache, the dangerous side effects of blame and guilt, and the art of self-awareness. Whilst plays that detail how to find yourself can often feel inauthentic, Irvine succeeds where many others do not, making a compelling piece of theatre that’s not to be missed.