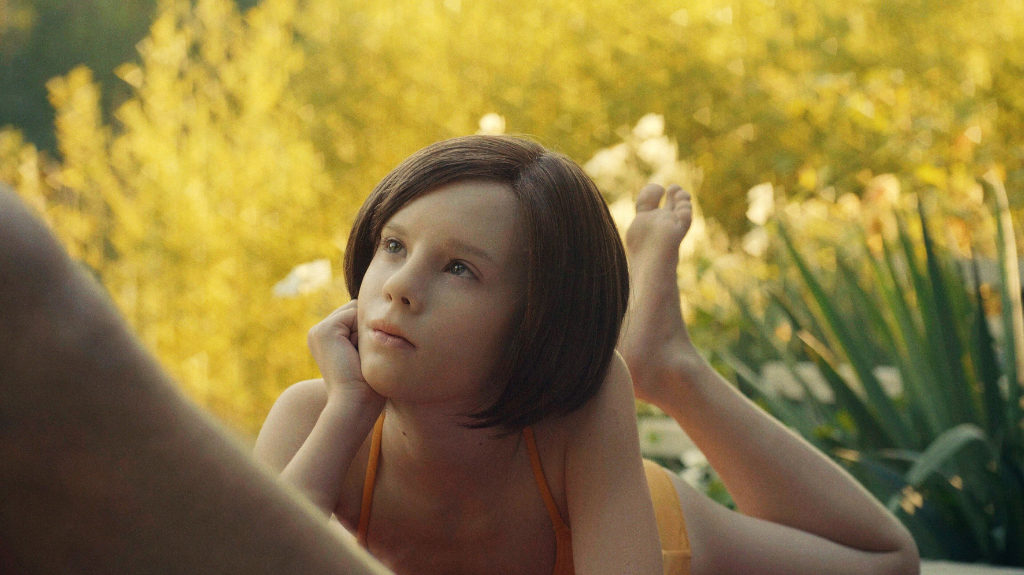 Berlin Film Festival 2020: The Trouble with Being Born | Review

Sandra Wollner’s second feature film offers a disturbing prophecy: a vision of the near future where androids are adapted to serve humanity’s basest, most tragic needs. Borrowing its title from Emil Cioran’s 1973 nihilistic volume, The Trouble with Being Born mirrors the philosophical realisations of the likes of Shelley’s Frankenstein and Ex Machina – the dangers of manipulating life and our lack of autonomy over “being born”.

The film is bleak and oblique in equal measure, following 10-year-old Elli as she fills the void in two human lives, initially as a sex robot to Georg, who she calls “Papa”. The first half of the film thus echoes Lolita in aesthetic and character. Elli and Georg spend the day in the swimming pool and go to bed together at night, trapped in mutual codependency.

Chillingly, Elli is forced to take on Georg’s own historic loss of another, nameless girl, internalising false memories which lead her deep into the forest. She is picked up on the side of the road and becomes a companion to Ms Shikowa, who transforms her face, hair and voice into Emil, a boy who mirrors the brother who died years ago.

The chronology of Wollner’s film is erratic, jarring with its poignant, almost ethereal cinematography and unsettling voice-over by Elli/Emil. Except for its final moment of impact, the film has no clear narrative structure. It shifts instead between uncomfortable, uncanny scenes, forcing us to confront humanity’s self-serving desires. Importantly, Elli never has the chance to decide her own memories, fate or feelings. Her most autonomous urge is, tragically, to return to her first abuser, Georg.

Technically, moments of repetition are some of the film’s most powerful. The android’s sensory “memories” – of swimming, running through the woods, and the scent of Georg’s sun cream and cigarettes – repeat themselves, evoking pathos and a brief glimmer of Elli’s semi-humanity.

The literal darkness of the picture, though sometimes distracting from the experience, further highlights Elli/Emil’s shapeshifting and provides a welcome shift from arthouse dirge to psychological thriller. The film’s palpable use of scent, heat and touch – both in the script and in the use of intense, ambient sound – supports its moving depiction of an android learning to be, but never fully becoming, human.

Wollner has stated she did not want to create a Pinocchio story. Elli never asked to be a real girl; the vision and desires of others are what defines her. Whilst the premise of the film is, therefore, recycled, it manages to shed an interesting new light (or darkness) on the lengths we go to in pursuit of a false reality.

The Trouble with Being Born does not have a UK release date yet.

Watch the trailer for The Trouble with Being Born here: