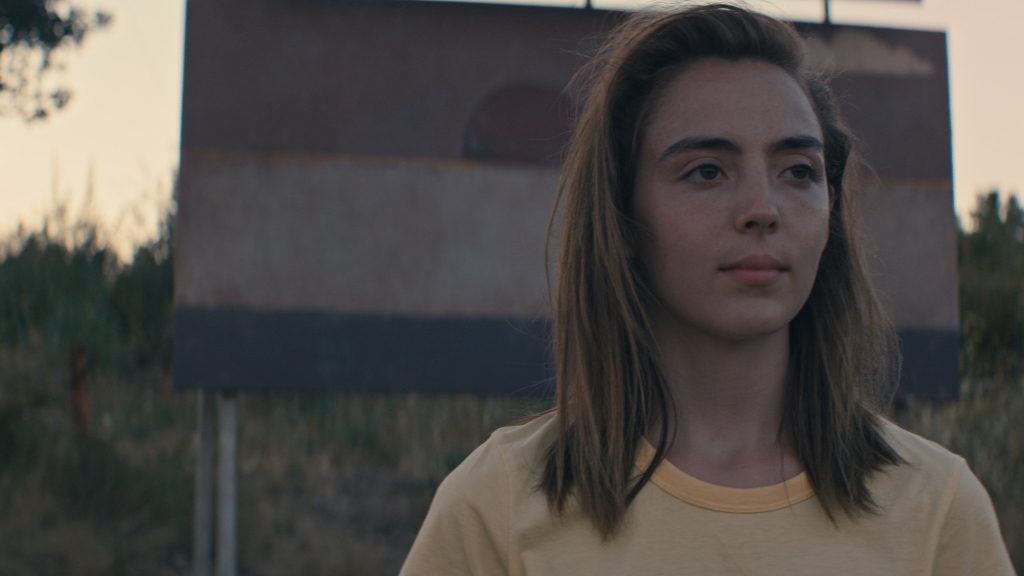 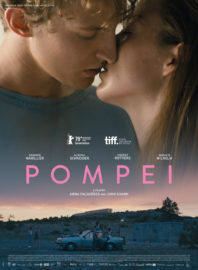 Set in a rural, bleak and deserted environment where adulthood and society are virtually extinct, Pompei is a not quite modern-day young love story from co-directors Anna Falguères and John Shank. Falguères’ debut feature evokes a post-apocalyptic natural world, but few answers are provided and only a few questions are asked in this minimalistic abstract drama. One of these is choosing between love and loyalty, and the film also ponders over the roles and rebellions of social norms and rules. Interesting themes are excavated, but it’s style over substance for the most part.

A ruleless world is forged where, paradoxically, the adolescent makeshift community strictly follows its own rules, led by the vaguely menacing Toxou (Vincent Rottiers). Digging up relics for money, selling petrol, etching on walls… there’s also an uncomfortable loss of innocence as nameless kids brandish cigarettes and pay for peephole access whilst their twenty-something leaders have sex in the room next door. 13-year-old Jimmy isn’t quite protagonist material (he barely speaks five lines) but the film slyly revolves around the character’s coming of age and relationship with brother Victor (Aliocha Schneider), who falls for new free-spirited girl Billie (Garance Marillier) in what feels like a heartbeat compared to the rest of the slowly-placed plot. Curiously branded “not a freighter… just a lifeboat”, she represents a chance for Victor to escape this no man’s land – and whatever drama  the film has to offer ensues.

Plot intrigue picks up towards the final act when the question of running away is posed, however it noticeably takes a long while to get there. Dialogue is consistently brief and transactional, the storytelling is sparse, and there’s not a lot of substance to rally behind, although there are some interesting themes introduced – loneliness and love being two of them. The love in question is unassuming but supposedly all-consuming, whilst the loneliness goes beyond characterisation, reflected in the barren wasteland and what looks like a deserted nuclear bunker. One of Pompei’s undeniable strengths is undoubtedly its striking cinematography.

Not to be mistaken for a historical reenactment, Pompei’s links to the lost city are mostly metaphorical; it paints a picture of social ruin as the souvenirs of ancient relics occasionally stare creepily from shelves. It won’t be a release for the history books, but at least the haunting twilights and fiery colours of every sunrise are a visual delight.

Pompei does not have a UK release date yet.

Watch the trailer for Pompei here: