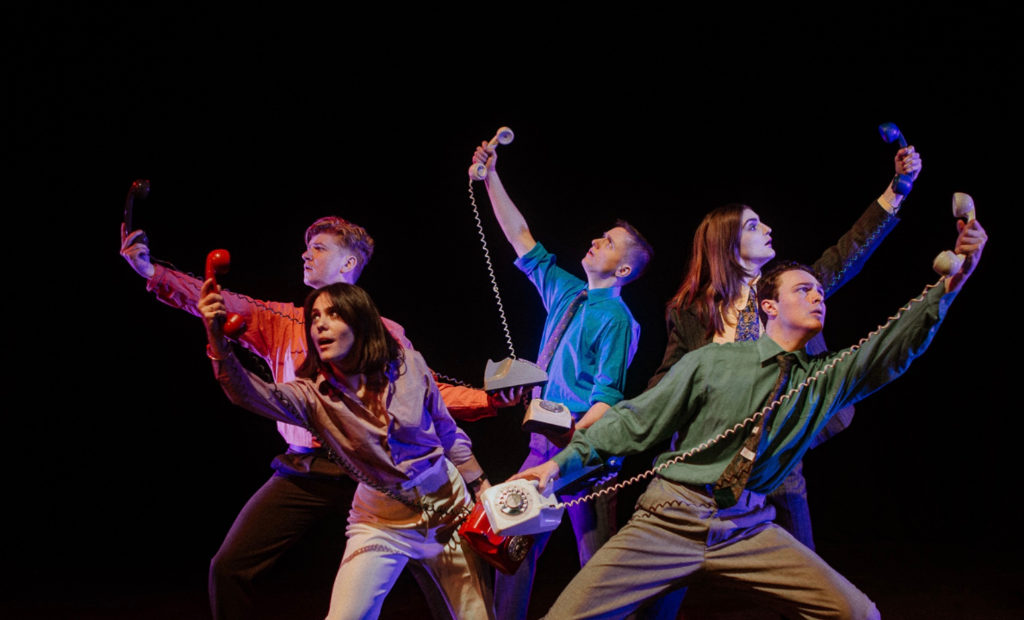 Tonight’s whodunit, Speed Dial, written by Joe Large, Hamish Lloyd James and Ollie Norton-Smith, comes courtesy of theatre production company Spies Like Us. Having been active for only a mere three years, the ensemble have already won several awards for staging plays in their distinctly high-octane style.

Their first original work-in-progress is characteristic of the group’s physical form, and its exuberance is unmistakable. The cast’s energy is frenetic as they run up and down the theatre stairwells, sometimes only a hair’s width from audience members.

Situated on a 1970s university campus, the five characters in this mystery comedy thriller are well placed. The Professor of English literature (Ned Cooper) is a humble man in the midst of an ongoing separation. Hassled by the Dean (played with devilish charm by Tullio Campanale) who obsesses over bumblebees, fixates on grammar and frequently tries to outdo himself with nifty puns, the professor is at the end of his tether. When he receives a mysterious phone call in an empty house informing him his daughter Emily is in danger, things take a dramatic turn. With the help of zany archaeology student Terry (Evangeline Dickson) the two use their burgeoning detective skills to hone in on the perpetrator.

The set design by Arabella Ockenden is playful and typical of the decade, with characters dressed in distinct pastel shades, using vintage rotary telephones in eccentric dance routines cleverly choreographed by Norton-Smith; the ensemble do well not to crash into each other in the tight underground space. A selection of timely music adds to the mood, with artists ranging from The Isley Brothers to Blondie and Timmy Thomas.

With a denouement that keeps you guessing, the finale is surprising and satisfying in equal measure. The scene, taking place on a table inches away from audience members, resembles Hitchcock’s Rear Window. If Speed Dial is anything to go by, it’s a good idea to keep an eye out for future work from Spies Like Us. 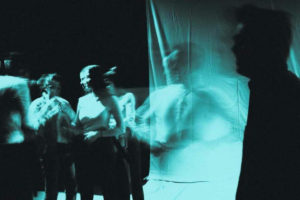