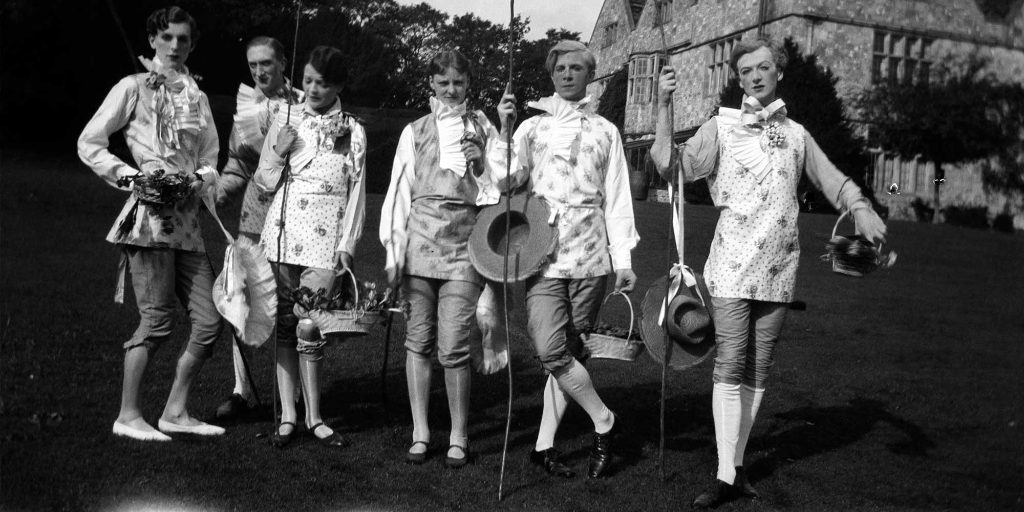 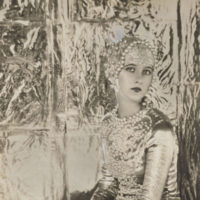 A hundred years ago, a glittering generation of young aristocrats and artists came into Britain’s collective consciousness. Unencumbered by the horrors of the Great War, these glamorous “Bright Young Things”, as they were referred to in the media, lit up the 20s and 30s with their eccentric fashion and high-spirited partying. At the heart of this exclusive group was a talented young man who would become an icon of British creative culture for the next six decades: Cecil Beaton.

It is largely through Beaton’s photographic lens that the flamboyant lives of these artists, writers and party-goers have been captured for prosperity. The National Portrait Gallery’s new exhibition is devoted to the Bright Young Things era in the interwar years. Dozens of pictures taken by Beaton during that time make up the majority of the show, alongside paintings by significant figures such as Rex Whistler and Augustus John.

Beaton, although from a middle-class background, was able to attend Harrow before winning a place at Cambridge thanks to his father’s comparative wealth as a timber merchant. Neglecting his studies, he immersed himself in the Amateur Dramatic Club and the Marlowe Society, performing and designing costumes and sets, whilst pursuing his passion for photography. Through his contacts, he managed to get two images of his sister Nancy into Tatler and a further photograph published in Vogue for which he received 30 shillings. His 1924 portrait The Duchess of Malfi is really a photograph of George Rylands playing the lead female role in the university’s production of John Webster’s play of the same name.

After leaving Cambridge in 1925, Beaton designed book jackets and costumes for charity matinees before learning his craft as a photographer at Paul Tanqueray’s studio. He then set up his own studio with Stephen Tennant as his first client. Tennant was an immensely wealthy socialite with impeccable connections. He was believed to be the model for the fictional character Sebastian Flyte in Evelyn Waugh’s Brideshead Revisited. Through Tennant, Beaton gained an insight into a world of huge privilege. Many of Beaton’s photographic portraits of Tennant appear here. One from 1927 sees the young subject looking straight into the camera. The silver-foiled wall behind him is picked up by both his hair and his large collared mac. Tennant was moved to tell Beaton: “I suppose your camera is enchanted.”

Within this world inhabited by the Bright Young Things, Beaton became an observer, a recorder and soon an active participant. There is a celebrated rare print displayed here called The Lancet Affair at Wilsford Manor (1927), where some of the leading lights of the Bright Young Things, including Tennant, Whistler, Georgia Sitwell and Beaton himself (he directed the Wilford footman in how to take the photograph), are dressed as 18th-century shepherds enjoying a high-spirited country house weekend. Beaton was interested in beauty and elegance for their own sake and these early years helped him to refine his style.

Through Tennant, Beaton would meet Osbert and Edith Sitwell, the siblings who were significant supporters of artists. Beaton’s first exhibition of his photographs, drawings and theatrical designs was at London’s Cooling Gallery in November 1927 under the patronage of Osbert. An invitation to the exhibition can be seen here. There is a remarkable photograph Beaton produced that year of Edith. He portrays the poet and critic as a carved medieval effigy. It appealed to Edith due to her belief in her family’s Plantagenet links.

The photographer’s ability to produce portraits that enhanced both the glamour and social status of his subjects led Beaton to become much in demand. The exhibition features fabulous photographs of society beauties like Lady Diana Cooper and the Duchess of Westminster. In another memorable image, Lady Loughborough has been asked to pose with her head inside a bell jar. The latter was exhibited at Beaton’s show in 1927. He wrote: “In photography, I do not believe in taking people as they are”, a point borne by the elevated and fantastical manner in which he depicts his subjects. One sees him frequently photographing his elegant sisters, Nancy and Baba. In one striking image their faces are captured, rather surreally, mirrored in a piano lid. Their appearances in magazines led them, like their brother, to become celebrities.

This show is concluded by the Fête Champêtre event Beaton staged at Ashcombe House, his country home in Wiltshire, on 10 July 1937. Many of the Bright Young Things attended. Life magazine photographed the event; these less formal photos all appear in one dedicated room. A marquee, adorned with flowers and ribbons, was set up with 30 supper tables inside. Guests were given instructions to wear mythological costumes that Beaton designed. He theatrically changed his costume four times during the evening, and the festivities went on until 7am.

Dining in London during the coronavirus crisis: A guide to eating out and in
Fine-dining restaurants in London switch to delivering to your doorstep