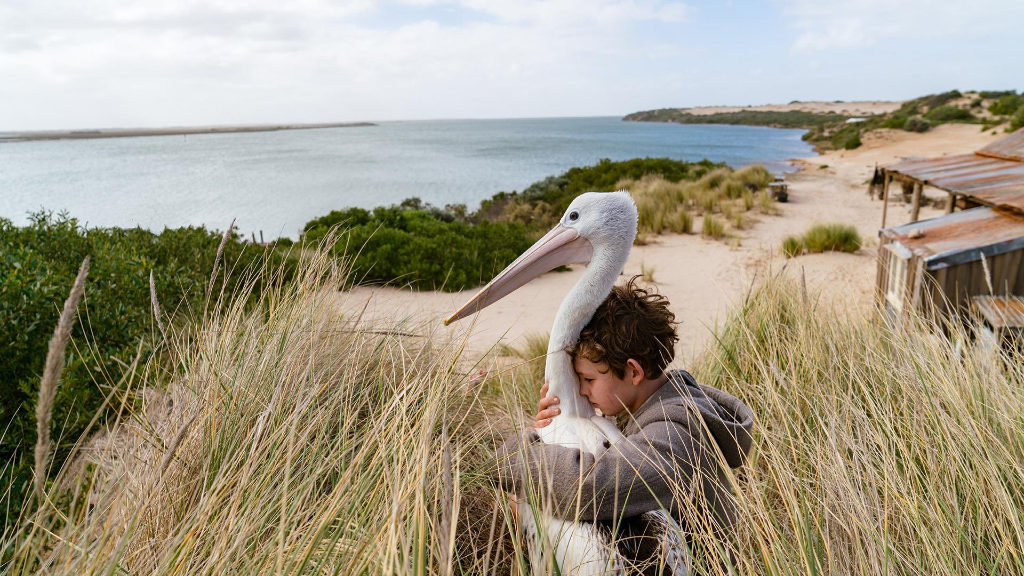 Confronting one’s past can be a tedious task. For retired businessman Michael Kingley (Geoffrey Rush) the nostalgia couldn’t be any rawer. We follow his story as he reflects on childhood days growing up along an isolated Australian coastline, when life seemed bleak – until an orphaned pelican called Mr Percival came along and changed everything.

Emitting strong Fly Away Home vibes, Storm Boy is as beautiful as it is escapist. Shifting between the past and present, this touching story of a youngster and his best friend pulls heavily on the heartstrings, showcasing once again the unbreakable bond that exists between human and animals.

Finn Little, who plays the young Michael, delivers a stand-out performance. His character’s relationship with Mr Percival is nothing short of pure and carries the entirety of the film’s emotional weight. Particularly striking is the scene in which the boy seeks the help of his bird buddy to rescue his father’s life, thus bringing the family ties closer together.

Storm Boy is a reminder that love and solidarity are two of the most important necessities in life. The expression “giving someone the wings to fly” fits perfectly with this narrative. Mr Percival quite literally gives the young Michael those wings.

Storm Boy is released digitally on demand on 5th April 2020.