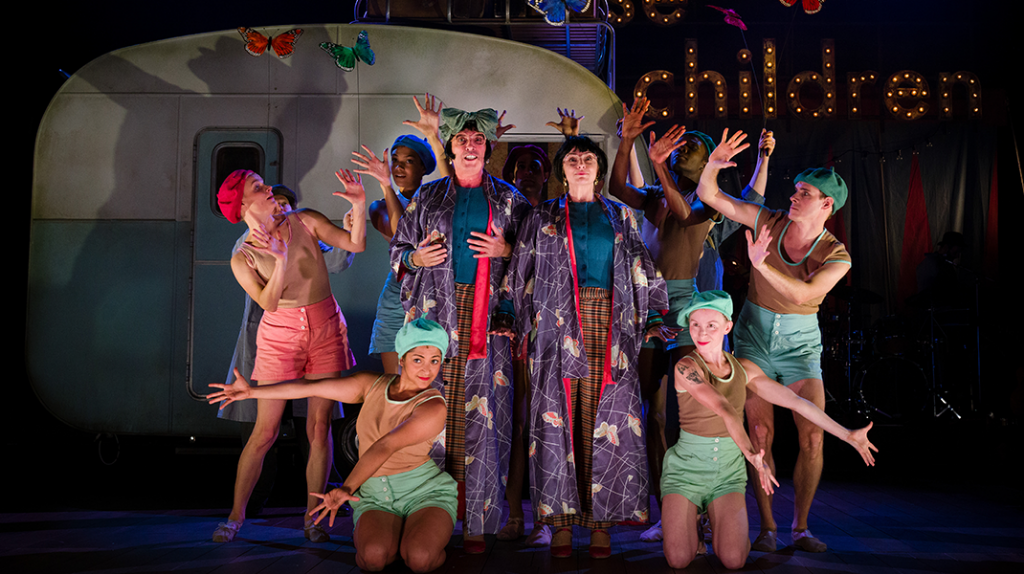 Filmed live at York Theatre Royal, Wise Children makes it onto BBC iPlayer. But is this really the best theatre the BBC could find?

Wise Children narrates the long, oh-so-tiring lives of Nora and Dora Chance, showgirl twins now in their mid 70s. Their story goes right back to who did it with whom a couple of generations prior and leans heavily on their relationship, or lack of one, with their father. Their lives are narrated by the present-day Nora and Dora but performed by different actors at various ages.

It’s a gaudy affair, attempting to be liberating and sexy but ending up more like a nauseous pantomime. And for a show trying so hard to have an in-your-face attitude, it is remarkably dull.

To be fair to Wise Children, it does have its moments. The singing and acting is on point. In fact, it’s hard to find fault with the cast at all. Gareth Snook and Etta Murfitt as the standard Nora and Dora, and Melissa James and Omari Douglas as the younger showgirl versions of the pair, are all particularly fine performers. It’s just a shame they aren’t given more to work with.

There are also a couple of fairly powerful scenes that are enough to suddenly wrench the audience out of their stupor. These whoah-inducing step changes stand out as genuinely lovely and compelling pieces of theatre. They are unfortunately just too sparse.

For the most part, the set, the costumes, and the writing just feel a bit cheap and unrefined. The show is constantly trying to wink at and nudge the audience, attempting to force a chuckle without the hassle of having to actually say something funny first.

With so much amazing theatre out there, the BBC may have made a mistake choosing this performance of Wise Children to give an iPlayer stint to. It’s just not as fun, sexual or daring as it so desperately wants to be.

Wise Children is available to view on BBC iPlayer from 9th April 2020 until 9th May 2020. For further information visit the theatre’s website here. 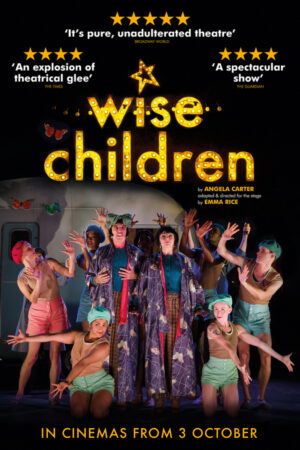