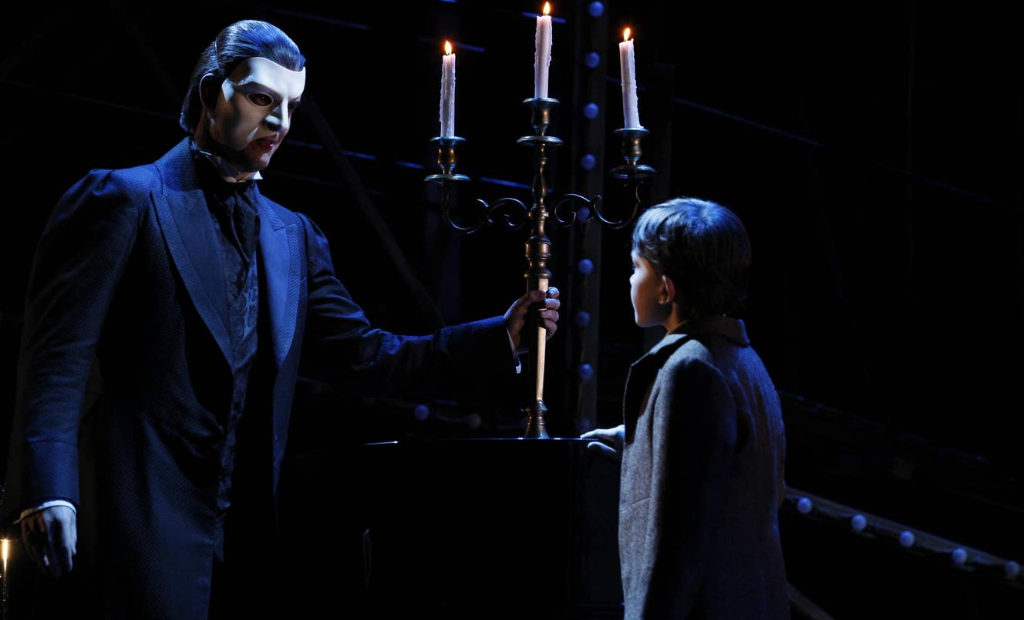 With the current crisis resulting in the widespread release of digital theatre, there has been much debate as to whether or not live musicals can be enjoyed just as much at home as they can from the stalls. Surely it’s not the same without the nervous atmosphere of a performance space? The chatter of the crowd as they find their seats? The overpriced ice cream at the interval?

Well, Andrew Lloyd Webber’s ​Love Never Dies ​proves that the magic of theatre can easily transport you from your living room sofa to another world (and you can always get ice cream from your freezer).

A sequel to the world-famous Phantom of the Opera, ​the show ​aims to answer the questions its predecessor left unanswered, once again exploring the tumultuous, dangerous and yet intoxicating relationship between talented operatic singer Christine and her “​angel of music”. ​The play is set ten years after the original has closed, when the Phantom, having faked his death, is still deeply in love with Christine and has decided once again to try and win her over. After all, love never dies. However, his actions have potentially devastating consequences for all involved.

Love Never Dies has often received mixed reviews, for while it is packed with powerful songs, they are not quite as memorable; as such, the musical lacks a little of the magic of the original story – with many often quoting those immemorial words: “if it ain’t broke, don’t fix it”. However, this reviewer would have to disagree with these earlier claims. This show is transformative and inviting – proof that the best of theatre brings you so deep into the story that you ignore what is around you. Right now, the world needs this kind of experience.

This production, starring Ben Lewis as The Phantom and Anna O’Bryne as Christine (both of who are reprising roles they played originally in the POTO), ​is truly something to behold. The leads hold down their challenging roles convincingly and with heart, supported by an equally talented ensemble, stunning scenography and mesmerising lighting – all of which work to pull you deeper into the story. The high budget of the Australian production, which is obvious from the outset, allows for a seamless switching of venue from stage to living room.

Whilst we wait for theatres to reopen, there is joy in the fact that we can still allow the artform into our lives. In fact, the release of many shows such as this onto platforms like YouTube could perhaps indicate a way for the medium to move forward, allowing more people to access the joy of theatre who otherwise might not be able to attend.

For fans of Phantom or even Andrew Lloyd Webber, this sequel is​ the perfect way to spend an afternoon or evening. In short, it is powerful, punchy and mesmerising – welcoming viewers once more into the world of the phantom and proving that, true to its name, love never really dies.

Love Never Dies is available to view on The Show Must Go On! YouTube Channel from 24th April until 26th April 2020. For further information or to book visit the theatre’s website here. 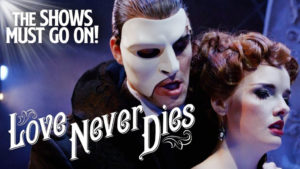