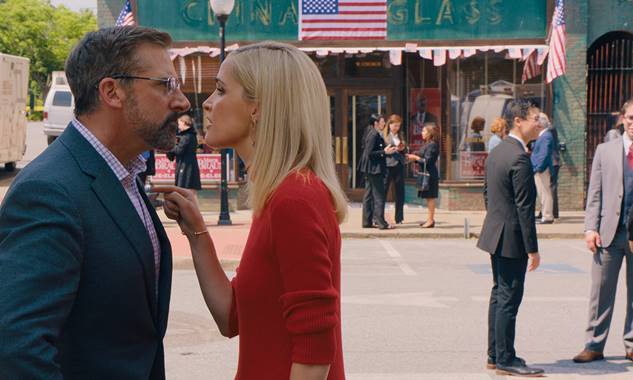 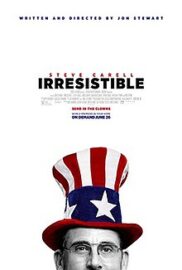 The only humorous thing about comedy writer Jon Stewart’s second feature film is how ironic the title is given just how painfully this supposed political satire falls flat on its face. Starring Steve Carell as the Democratic strategist and campaign manager Gary Zimmer, this film sees Gary travelling to a small, rural Wisconsin town where he plans to use a local farmer (Chris Cooper) as a mayoral candidate for an upcoming election after seeing an impassioned speech of his online. Things aren’t so simple, though, as Zimmer’s Republican rival (Rose Byrne) has taken charge of the current mayor’s campaign for re-election, pitting his candidate as the kind-hearted underdog who just wants to do the right thing.

Given Stewart’s sharp political commentary he honed as a writer for The Daily Show and The Colbert Report, creating a relevant and funny commentary on America’s divisive political climate should have been in this filmmaker’s wheelhouse. Unfortunately, what we have instead is a bland and formulaic comedy that tries so hard to be funny and relevant but both goals fail spectacularly. The humour consists of the laziest punchlines possible accompanied by ongoing gags that only become less amusing with every iteration. On the other hand, the political commentary is so ham-fisted and lacking in substance that Stewart’s voice comes across as more patronising than clever.

Carell in the leading role is what potential viewers will be drawn to here. And while the comedy veteran is given some moments to shine when he bounces off Byrne brilliantly, clearly having a great time, the script simply doesn’t allow him to be anything other than the neurotic characters he’s played a thousand times before, meaning that he’s on autopilot for the vast majority of the film.

Throw in a redundant romantic subplot between Carell and his candidate’s daughter (Mackenzie Davis) and an insulting, contrived and wholly pointless twist, and Irresistible is not only one of Carell’s worst films but easily one of the worst comedies in recent years too.

Irresistible is released digitally on demand on 26th June 2020.

Watch the trailer for Irresistible here: