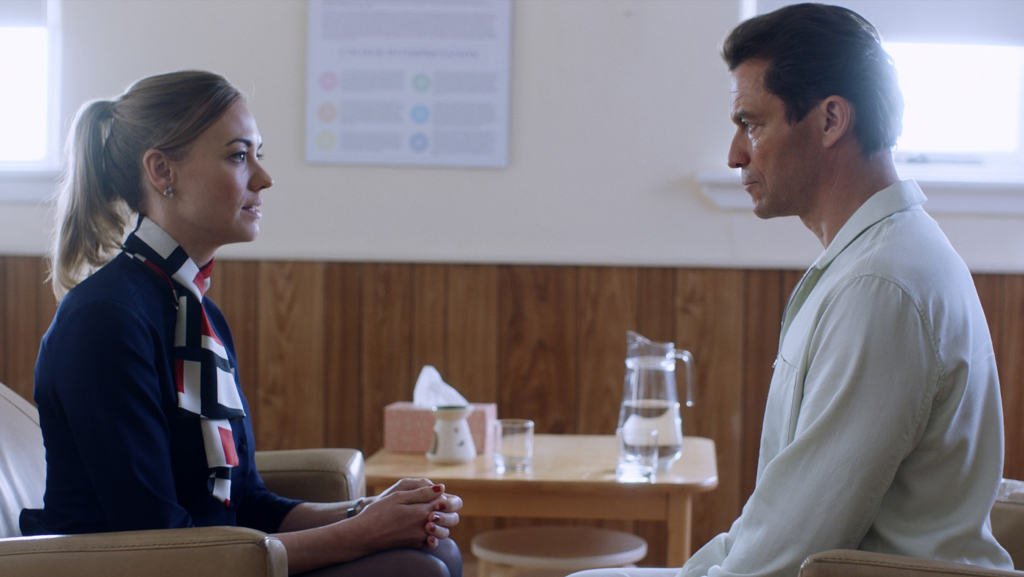 Stateless is a timely and powerful Australian drama series, focusing on the lives of four strangers: a young woman on the run from a mysterious cult, a refugee fleeing persecution, a new father in a dead-end job and a bureaucrat trying to halt a national scandal. Their lives become deeply intertwined as they each spend time in an Australian detention centre – either as members of staff or detainees.

The six-part series is co-created by Cate Blanchett, Tony Ayres and Elsie McCredie, and succeeds in conveying a message that is at times highly political, but remains, at its core, a story of humanity. In doing so, Stateless effortlessly conveys the complexity of the issue at hand – exploring the difficult topics of statelessness, immigration and detention centres with ease. Sensitive writing, passionate directing and powerful performances from the entire cast ensure a captivating watch.

The story evolves with Sofie (Yvonne Strahovski), a young woman escaping from a dangerous cult, at its epicentre. Her story is in part inspired by Cornelia Rau, an Australian permanent resident who was unlawfully detained after fleeing a cult in the early 2000s. But it is Ameer, performed brilliantly by Faysall Bazzi, who pulls more tightly at the heartstrings of the audience. His character, a loving father doing whatever it takes to provide a better life for his family, is not inspired by one person alone. In fact, his story could be taken from many of the thousands of men, women and children who are currently living in detention centres across Australia and beyond.

In short, Stateless is an important watch, one which sheds light on many important issues without falling into the many tropes and the melodrama that many stories of this nature can often unwittingly succumb to. In times of great difficulty such as this, we should continue to focus on the stories that need to be heard, elevating voices that are often lost in a never-ending news cycle.

Stateless is released digitally on demand on 8th July 2020.

Watch the trailer for Stateless here: