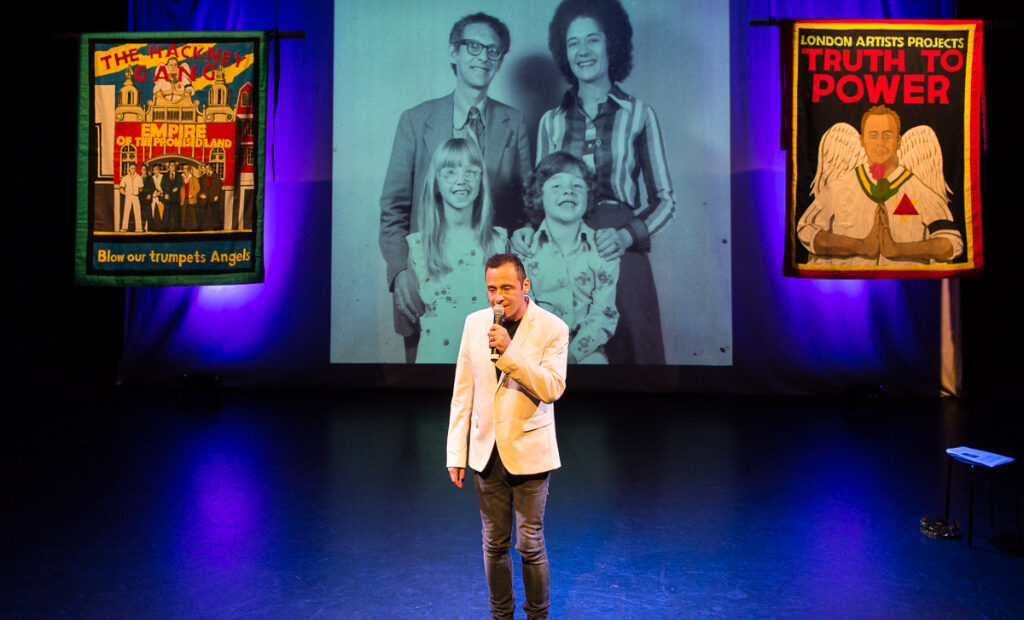 The annual Bloomsbury Festival presents Truth to Power, a long-term project partially inspired by the political and philosophical principles of the Nobel Prize-winning playwright Harold Pinter and the Hackney Gang.

Acclaimed theatre creator Jeremy Goldstein, whose father Mick was also part of the Gang, leads the performance, exploring his strained paternal relationship and posing the question: “Who has power over you and what do you want to say to them?” His performance is part Shakespeare (with poetic verses calling the audience to arms), part elaborate news report, incorporating material from around the world and co-orators who set the scene for conversations affecting ordinary lives today.

Temba Manyika is a young African American, with roots in Zimbabwe and Zambia, whose statements highlight the underlying racism permeating society: “My pigment takes the helm of what I am, instead of who I am.” One cannot turn away unmoved – his declamations ring true and are incredibly powerful. Manyika performs a spoken-word piece that explores the “tsunami of ignorance” that has shaped the world and remains a prominent concern.

Peter, a campaigner for the homeless, asks, “How can it be that the richest thousand people in Britain have a combined personal wealth of over £760 billion?”. At a time when over a million Britons are dependent on food banks, facts like these are astonishing. He goes on to inform the audience, “Billionaires across the globe have increased their wealth by nearly 30% during Covid.” The show’s criticism of capitalism is logical, when the 60 richest people on earth own the equivalent total wealth of the poorest 50% of the entire world’s population.

Paul’s discourse is in a similar vein: according to the Economist “Data is more valuable than oil.” He explains how we willingly offer personal details for free, while giants like Apple, Google, Amazon and Facebook make money from them. The current crisis has technology enslaving rather than assisting us.

Black Lives Matter protester Sabra, who has been marching for 192 days for Breonna Taylor (the young African American shot dead by police in her bedroom), discusses the brutality of the police and armed forces, and violent oppression. She is part of a collective that helps the homeless and marginalised, and affirms, “You do not know humanity if you don’t know how to value lives that don’t look like your own.” One cannot help but agree.

Truth to Power is a fight against corrupt systems, and a push for us all to claim agency. It urges us to find a way to rid the world of political, economic and racial poisons so that those in power no longer feel that to they have to “storm on every person to get to the top.”

Truth to Power is at Bloomsbury Festival Online from 16th October until 25th October 2020. For further information or to book visit the theatre’s website here. 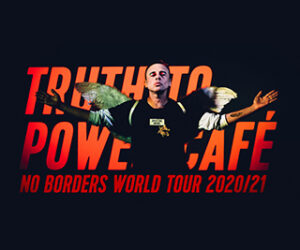