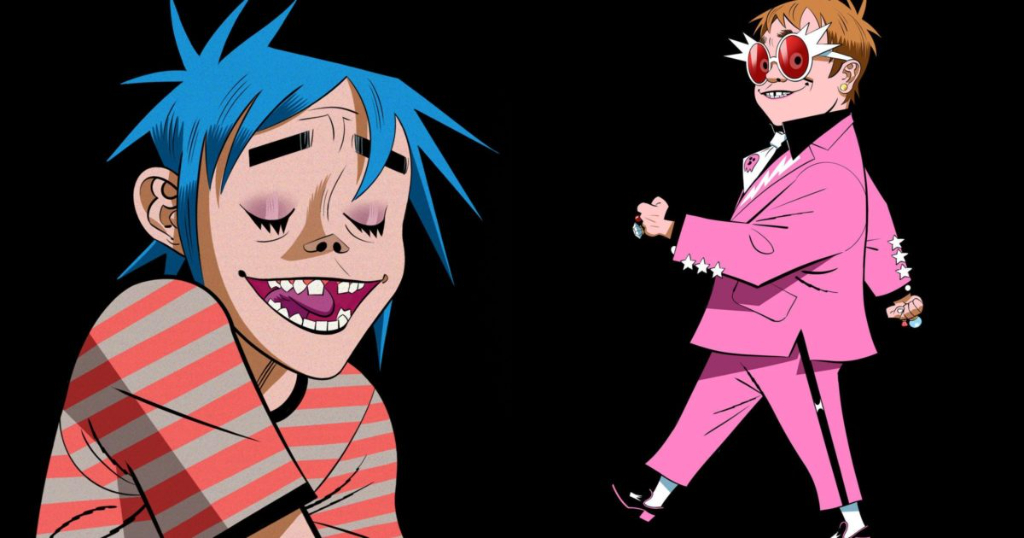 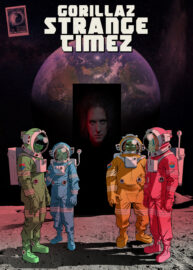 With Strange Timez, Gorillaz present the listener with less an album than a creative effort – a “concept” featuring the combined efforts of Damon Albarn, Jamie Hewlett (on visuals) and a powerful selection of guest artists, who set to work justifying both their most recent deconstruction of the proverbial paradigm and the multiple clauses of its title.

The tracklist bears considerable promise, and delivers. Songs like The Valley of the Pagans evoke a gentle, ever-constructive nostalgia; Beck’s layered, muted vocals evoke a ghost of the early-2000s Gorillaz signature production that – it turns out – happily travels through past, present, and future. Similarly, the bassline provided by Peter Hook on Aries carries the full emotional weight of his epoch-defining oeuvre, which lies just out of frame. Elsewhere, measured songwriting and pared-back production allow the unique melodic genius of Fatoumata Diawara to shine through – rather, to illuminate – on Désolé. Robert Smith updates us on the alternate but ever-present dimension that only he can see on Strange Timez, and Elton John and 6lack work together to reveal the expansive possibilities of a particularly claustrophobic epoch on The Pink Phantom.

The tracks exclusive to the deluxe album are deserving of the descriptor, and by no means an afterthought. Here, Albarn reminds us of the extent of his versatility: he deftly navigates a plethora of genres, keeping hold of some especially catchy aspects of each, while complementing collaborators EARTHGANG, Joan As Police Woman and Skepta as they push the boundaries of what Gorillaz are about to be known for (that last track, How Far with Tony Allen and Skepta, is a stand-out).

While it’s enduringly (and endearingly) unclear quite what Gorillaz set out to do, they’ve never come closer to excelling at it. The vast catalogue of additional material – additional, but central, and in no way supplementary – includes a soon-to-come livestream performance, SONG MACHINE LIVE, and music videos clearly developed both before and after the full seriousness of the COVID-19 pandemic was revealed. Gorillaz are uncompromising in their ingenuity, even as resources had to be scaled back.

Song Machine Season One: Strange Timez is released on 23rd October 2020. For further information or to order the album visit Gorillaz’s website here.

Watch the video for the single Strange Timez here: