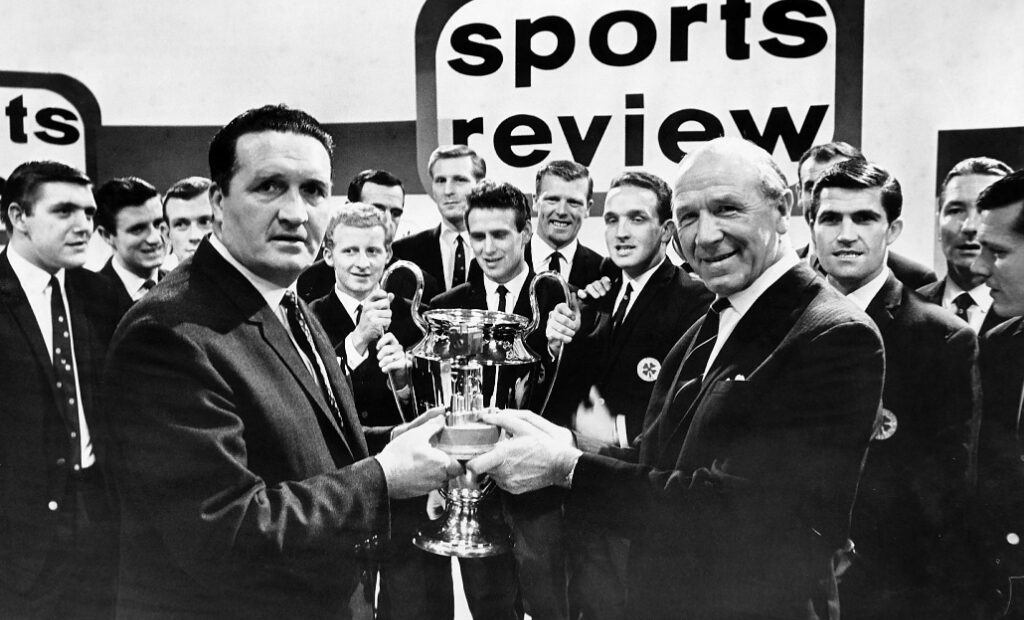 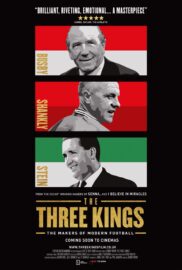 How is it that three men, born within 30 miles of each other in Scotland, would go on to galvanise and revolutionise some of the biggest clubs in modern football (a popularity founded on their success) and, on a larger scale, change the sport forever on a global scale? Here to enlighten the casual viewer and entertain the experts is a powerful, brilliantly crafted documentary, The Three Kings.

Director Jonny Owen (I Believe in Miracles) takes up the task of attempting to explain and explore this phenomenon. But this isn’t just a movie about a trio of men from the Scottish lowlands. The film’s study of Matt Busby, Bill Shankly and Jock Stein is inextricably tied to the journeys of their respective clubs – such was their impact as managers – and the power of their enduring legacies.

Manchester United, Liverpool and Celtic account for billions of fans worldwide and are a few of the most prestigious, decorated teams playing the game. But it wasn’t always the case. Like a triumphant origin story, the feature captures the paradigm-shifting force of these managers’ influence. Each tale begins in obscurity, careens into adversity and adulation, ends in legend and contains within it tragedy and trophies along the way.

As with most documentaries, it helps when the subject is an entertainment in and of themselves.  One would be hard-pressed to find anyone (both in and outside of the sporting world) with the same acerbic wit and captivating charisma of the stars Owen observes.

Masterfully told through archival footage, narration and a blend of up-to-date and past interviews, The Three Kings illuminates the chronicles of a few men crammed full of exciting accounts. Therein lies a difficulty, however. How could one film ever hope to tell the narrative of these managers whose experiences are still the subject of thousands of articles, books and movies? The simple truth is that one cannot, but this picture warmly introduces viewers to its subjects while lovingly portraying the relationships shared between them, and visualising the profound impact they collectively had on football and their adoptive cities, then and now.

The Three Kings is released in selected cinemas on 1st November 2020 and available for digital download on 16th November 2020.

Watch the trailer for The Three Kings here: