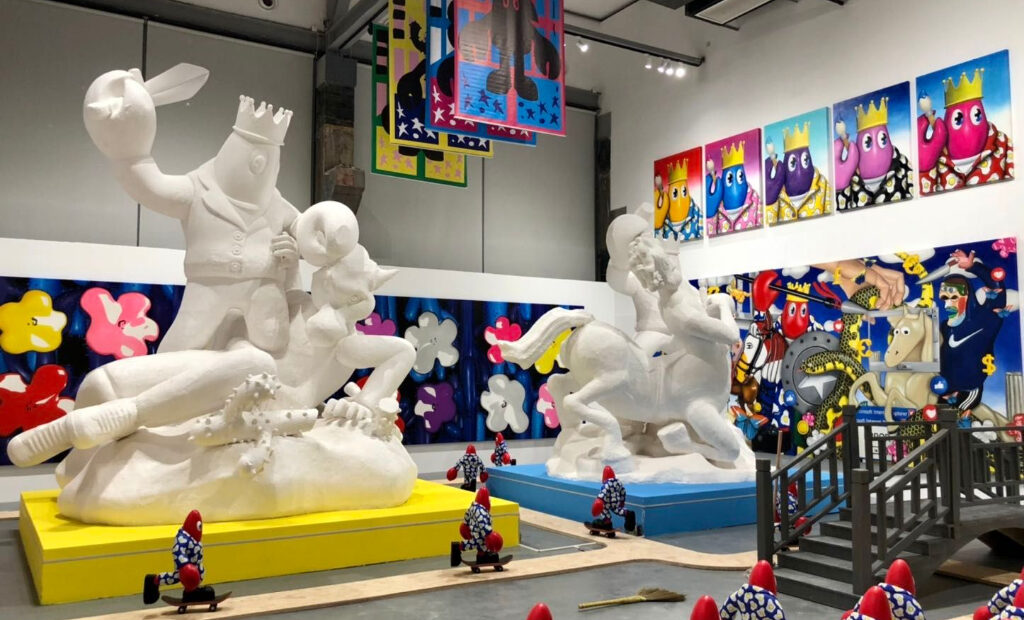 British Neo-Pop artist Philip Colbert and Canadian street artist Trevor Andrew join forces to present their “duo solo exhibition” Neo Golden Age at the Modern Art Museum (MAM) Shanghai. The show draws influence from the unique golden age in which “the father of pop art” Andy Warhol and canonical street artist Jean Michel Basquiat created in 1980s New York. This fluid period of time saw the evaporation of barriers between high- and low-art, ardently nurturing anti-traditional works as evidenced largely by the oeuvres of Warhol and Basquiat. Despite the seismic differences between their aesthetics and lifestyles, the two were great friends. This legendary relationship resulted in an unprecedented blending of Pop Art and Street Art which has gone on to inspire generations of future artists, such as Colbert and Andrew. The duo has adopted Warhol and Basquiat’s revolutionary spirit and innovative attitudes to reevaluate the definition and potential of art in the 21st century, coalescing within Neo Golden Age.

In Reset (2018), the two artists previously debuted their work in China at Shanghai’s Powerlong Museum. This exhibition showcased the work of 41 creatives, including the signature Gucci Ghosts of Andrew and evocative, multi-disciplinary interiors of Colbert. Neo Golden Age will be the pair’s largest solo show to date as they return to Shanghai. Utilising a wide array of forms, the maximalist space sparks a dialogue between the intertwined motifs of Colbert’s Lobster Land and Andrew’s The Real Big Deal. Packed with monumental lobsters, inflatable cacti and factory-like settings, Neo Golden Age engages with a unique, immersive presentation method, inviting viewers to step into a world of amplified pop culture and consumerism.

These expansive themes are touched upon by MAM’s artistic director, Shai Baitel, as he states that the artists “diverge from traditional art forms and enter a world of multifaceted cultural production. Both turn their artistic persians into well-rounded and recognisable brands while simultaneously tackling society’s transitory nature. Today a strong artistic identity that can be easily identified by a unique set of visual motifs is considered essential in order to fit the immediacy and impatience of cultural consumerism. Using the principles of “traditional” Pop Art as the vehicle for their practice, fueled by their personal experiences and styles, both of these iconic artists are helped to acclimate 1950s Pop Art into today’s social media-frenzied and brand crazed world.”

Philip Colbert has rightfully been described as the “godson of Andy Warhol” by Vogue’s Andre Leon Talley. The British artist is regarded as the epitome of contemporary Neo-Pop across the mediums of painting, sculpture, clothing, furniture and design. Lobster Land oscillates between the contemporary and classical through form and content, toying with these questions through the recurring figure of a cartoon lobster. Colbert suggests that the lobster is not only an art-historical symbol – present in countless oil paintings by old masters – but also his “the animated protagonist of surrealism” throughout his work. Lobster Land is the multi-disciplinary artist’s largest-ever solo exhibition, embedding rich art historical influences into our fragmented contemporary daily existence. Life – at its grandest and simplest – is the fundamental underpinning of his pieces. To express its multifaceted nature, the Neo-Pop icon employs the language of art history through the communicative tool of painting to reach an unconscious, surreal world void of reality’s constraints. In this utopian crustacean world, audience members will become Lobster Land residents themselves, dissipating the ever-increasingly tenuous boundary between the real and the virtual.

After making a name for himself by tagging Brooklyn’s streets with his own rendition of Gucci’s logo, Trevor Andrew gained the nickname Gucci Ghost and has since then made a significant splash in the global art scene. To define him solely by his accomplishments in contemporary graffiti however would be limiting to Andrew’s expansive scope. The artist is also an Olympic snowboarder, an indie musician, the lead singer of a band, a cartoonist and the owner of the street fashion boutique, in addition to being the face behind Gucci Ghost, a collaborator of the luxury label. Similar to Colbert, Andrew embraces a blend of high- and low-art, poking fun at the stiffness of the art historical cannon through his distinctive multidisciplinary practice. Everyday objects – even garbage – become creative subjects through this artist’s unique perspective. The retrospective The Real Big Deal is his first large-scale solo exhibition. Hyperbolic object installations pay homage to the iconic images in his career. “I have been creating all my life. This kind of creation is exaggerated and irrational, but it is also the most real motivation for all my art,” said Trevor Andrew.

Like the legendary, genre-defying creators this show is based on, Neo Golden Age will surely influence multidisciplinary thinkers for generations to come. 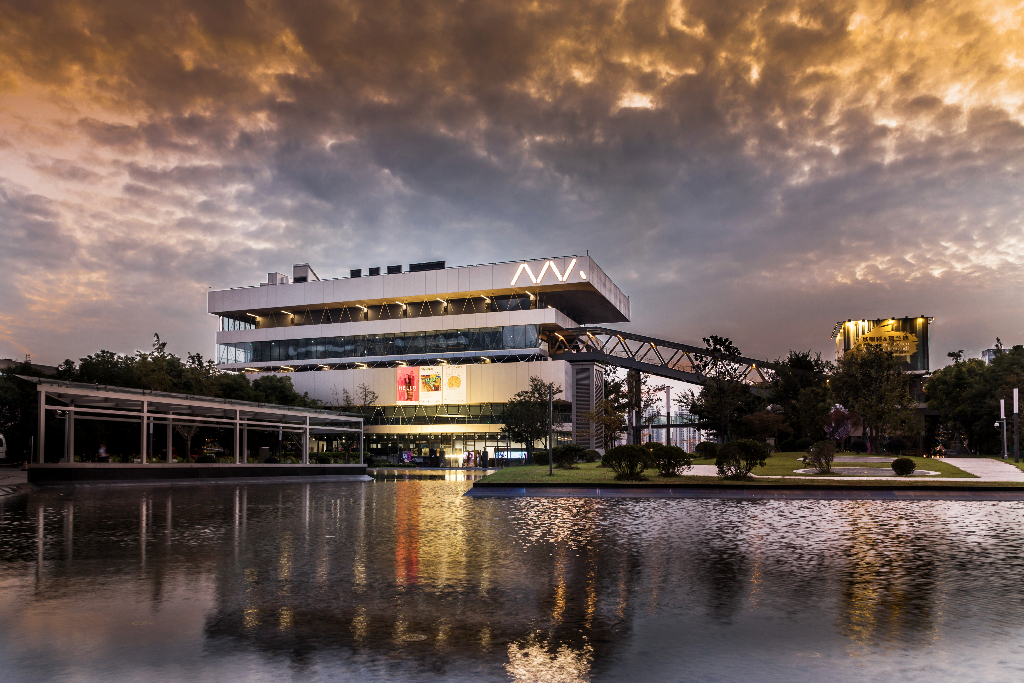 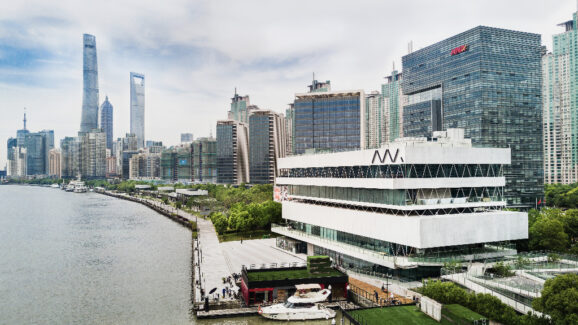 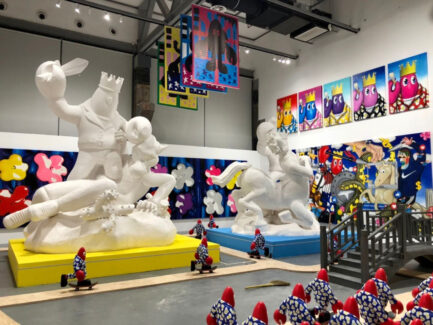