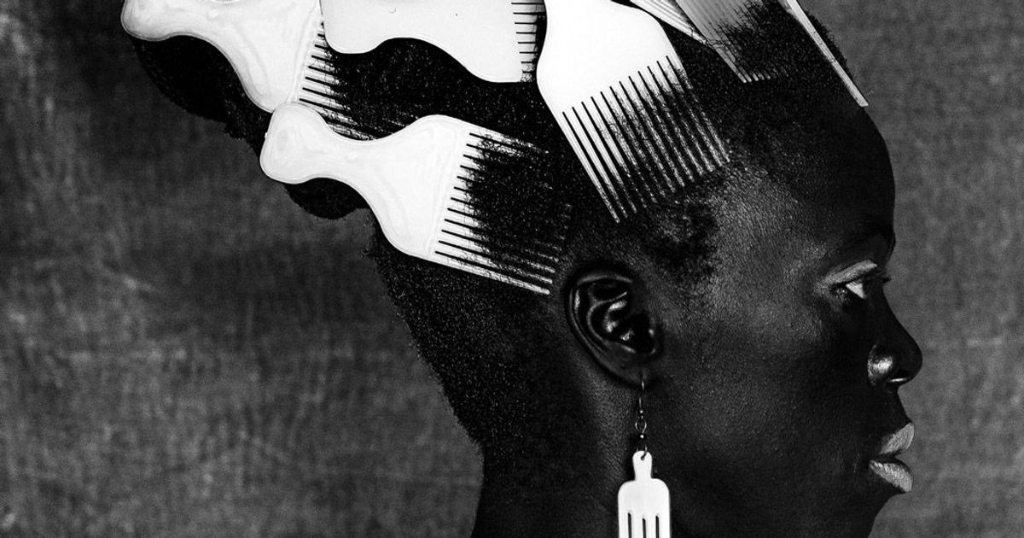 Since the early 2000s, Durban-born Zanele Maholi has gained increasing acclaim as a photographer documenting and celebrating the lives of South Africa’s black lesbian, gay, trans, queer and intersex communities. Now, for the first time in the UK, Tate Modern offers a mid-career retrospective of Muholi’s work, featuring over 300 photographs.

The 48 year-old, who identifies as non-binary and prefers to be called a visual activist, has previously appeared at the likes of the prestigious Documenta (13) in Kassel, Germany, and the South African Pavilion at the 55th Venice Biennale. This current exhibition was due to begin on 5th November and close on 7th March 2021 but the new Covid-19 lockdown has led to a postponement until 2nd December.

Born in Umlazi, Durban and now living in Johannesburg, Zanele Muholi received their education at the Market Photo Workshop in Newtown, Johannesburg under the esteemed David Goldblatt. The Tate Modern exhibition opens with the series Muholi created at the dawn of their practice, Only Half the Picture (2002-2006). The photographer draws on survivors of horrific hate atrocities living in South Africa and its townshops. In Aftermath (2004), a woman shown from the midriff down holds her hands together protectively over her private parts, naked save for her jockey shorts. One learns from the accompanying description the participant has been recently raped, the all too visible scar down her leg testifying to an earlier sexual assault.

Muholi also captures tender moments with images such as the 2007 picture depicting Hompi and Charles Januarie, LGBTQIA+ rights activists on the fifth anniversary of their civil union. In 2006 Muholi started the still ongoing Faces and Phases series, which documents the lives of black lesbians and transgender individuals. Each meets the viewer’s gaze unflinchingly, with “phases” referring to the transition from one stage of sexuality or gender expression to another. The term also alludes to key junctures in the participants’ lives. Featured individual testimonies shed light on their stories.

The Tate Modern room entitled Collectivity focuses on images Muholi has contributed to as part of a collaborative collective, established in 2009, known as Inkanyiso, meaning “light” in isiZulu, Muholi’s first language. Inkanyiso strive to “produce, educate and disseminate information to many audiences,” including the documenting of events such as Pride marches and protests.

Another ongoing series, begun in 2014, Brave Beauties takes the form of portraits of trans women, gender non-conforming and non-binary people; many have participated in Miss Gay beauty pageants. Images such as Yaya Mavundla, Parktown, Johannesburg (2014) attest to the individuals’ playful self-possession. Collaboratively produced, they represent a space of resistance to the social mores and conventions of heteronormative culture in South Africa.

As the exhibition reaches its finale, Muholi positions themself before the camera’s lens in the acclaimed ongoing series Somnyama Ngonyama – translated from Zulu as Hail the Dark Lioness, begun in 2012. One finds the visual activist adopting different poses and archetypes, exploring themes of labour, racism, sexual politics and representation. These powerful self-portraits pay homage to South African political history. Muholi has enhanced the contrast in the photographs to exaggerate the darkness of their skin tone, proudly “reclaiming” their blackness. In Ziphele, Parktown (2016) the photographer captures themself draped in tyres around their body and neck, referring to “necklacing,” a type of execution during apartheid involving a rubber tyre being forced around a victim’s neck and set alight.

Zanele Muholi has proclaimed that their mission is to re-write a black queer and trans visual history of South Africa for the world to know of their resistance and existence at the height of hate crimes in South Africa and beyond. Activism is at the beating heart of this photographer’s practice, and they present a compelling case for the public to challenge notions of victimhood, fostering a greater degree of mutual understanding and respect.