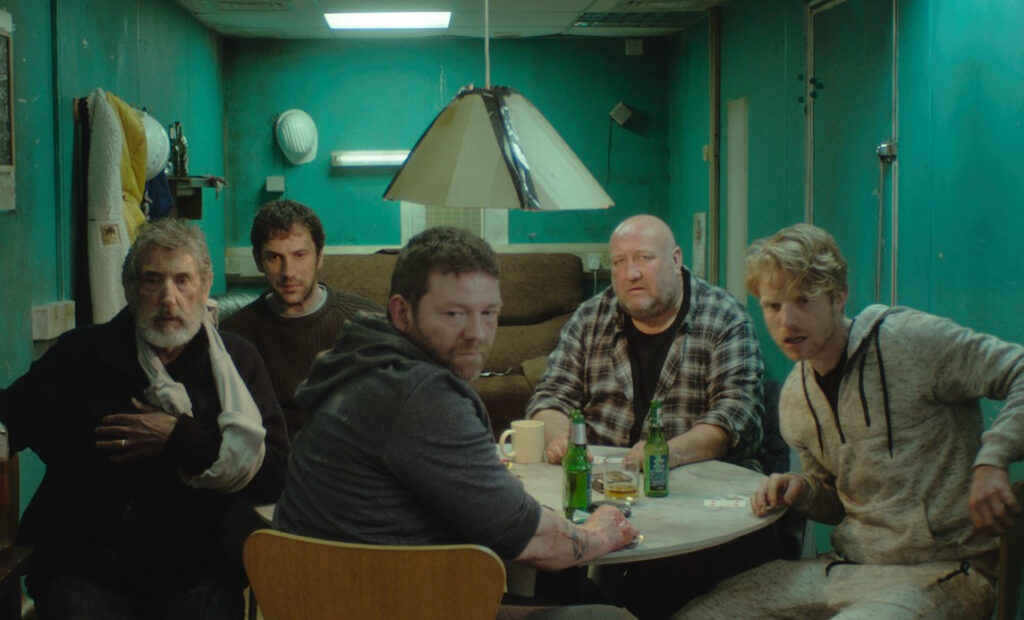 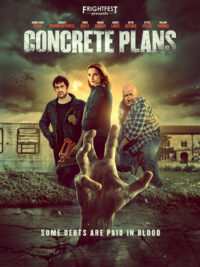 What we learn within the first minute of Concrete Plans, even before the opening credits have stopped rolling, is that there appears to have been a murder. The next hour and a half is about finding out who did it – and why? Will Jewell’s directorial debut is a slow-paced, exceedingly tense affair, simmering along broodingly before a twisting and turning denouement.

A superfluously revealing trailer fits neatly alongside a plot-summarising tag-line, reading “Some debts are paid in blood”. Therein lies the nub of this north-Wales based thriller. A band of builders has been hastily put together for a job on a remote, rundown manor estate. This premise allows Jewell to explore a range of issues, from the obvious class imbalance, to xenophobia within the workforce. These two issues become the most salient as the film progresses.

The latter conflict revolves around the mistreatment and mistrust of one of the construction workers, the Ukrainian Viktor, chiefly by the bigoted Jim. The tension bubbles and constantly threatens to boil over. The friction of class disparity is made all the more desperate when the pompous landowner Simon (Kevin Guthrie) isn’t forthcoming with pay.

After a slow start, things rather drastically get out of control. Infighting and gory violence speckle the plot as it spirals uncontrollably, eventually circling back to the context-shorn bloody scene that opens Concrete Plans. The viewer is asked to evaluate the moral of the story, and is confronted with questionable choices from the troubled crew. It makes for an intense second half of the feature, if a little frenetic.

Concrete Plans is released digitally on demand on 23rd November 2020.