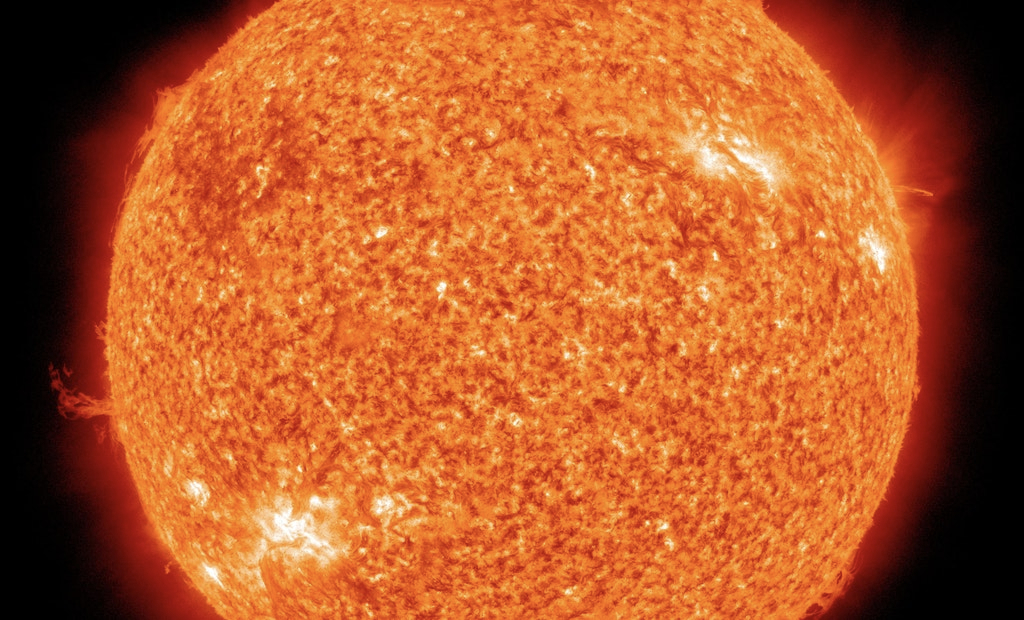 The largest solar storm in five years hit the Earth today with disruptions expected across GPS and other technologies.

According to NASA, the two Coronal Mass Ejection (CME) associated with the solar flares – travelling faster than 1300 miles per second and 1100 miles second respectively – were making their way to our planet and likely to Mars as well as the neighbouring bodies.

The National Oceanic and Atmospheric Administration (NOAA) commented on the orientation of the magnetic field citing it as “opposite of what is needed to cause the strongest storming”. The field is expected to change as the event progresses leading them to agree with that the predictions that the storm would reach a level three.

As a result of the solar flares, the Aurora – usually confined within the Northern Hemisphere – is expected to be visible in lower latitudes.

Polar Regions are likely to be affected the most as aircrafts initially deployed near that area are advised to find alternative routes.

Dr Craig Underwood, from the Surrey Space Centre, UK said: “The event is the largest for several years, but is not the most severe class. We may expect more storms of this kind and perhaps much more severe ones in the next year or so as we approach solar maximum.”

Geomagnetic and radiation storms are common as the sun moves into the solar maximum over the coming years, leading experts concerned about the reliance of the world on GPS and satellite technologies. Disruptions on such technologies would adversely affect the modern lifestyle we are accustomed to via the dependence on technologies.

The struggle of the female Nobel laureates and their slow rise
Suffrage Science: Heirloom passing on ceremony 2012