Something from nothing: Spencer Finch in conversation with Andrea Schlieker and Greg Hilty 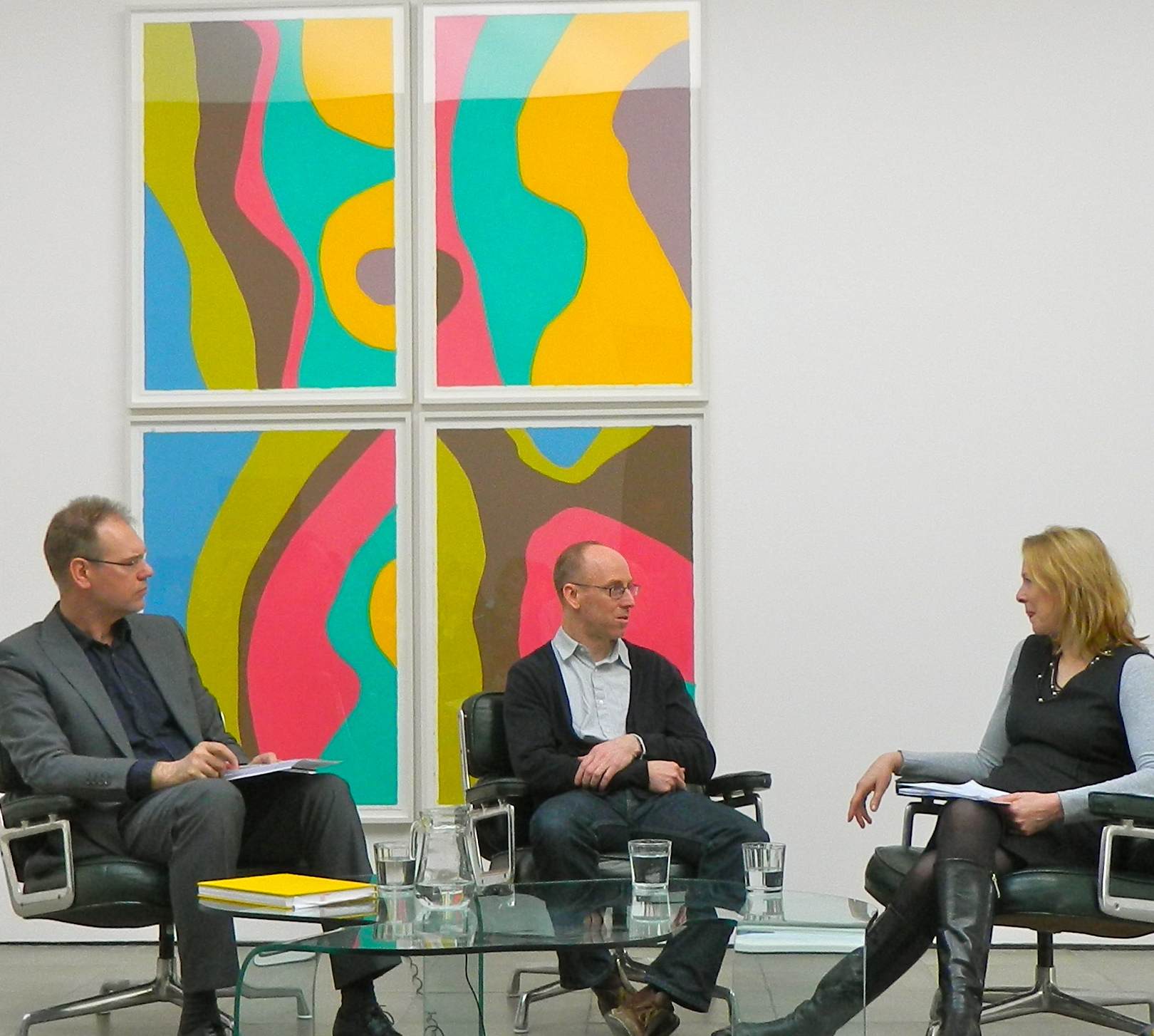 Something from nothing: Spencer Finch in conversation with Andrea Schlieker and Greg Hilty

A quirky little gallery located in London’s West End, Lisson Gallery hosted a series of free lunchtime talks over the past weeks. The talks allow for the unique opportunity to hear Lisson Gallery artists and experts discuss the thoughts, processes and reasons behind the art.

The talk on 20th March, Spencer Finch in Conversation with Andrea Schlieker and Greg Hilty, was a crowded affair. The talks are located in the gallery, therefore the number of attendees had been restraint to around 30, a fact worth noting for future reference. If one wishes to attend the next lunchtime talk Wednesday 21st March, booking is essential in order to attend, though there is no cost.

In the relaxed atmosphere of the central ground floor gallery, American artist Spencer Finch spoke with and fielded questions from noted independent curator and lecturer Andrea Schlieker, and the gallery’s own curatorial director Greg Hilty. The discussion centered around his rather unusual set of works comprising the Ex Nihilo exhibit which opens to the public today and continues until 28th April.

Beginning the discussion, Spencer Finch commented upon the Ex Nihilo exhibit: “It’s a discreet period of time,” Finch said. “In a gallery like this you have a captive and usually informed audience, so that’s good.”

Finch’s artistic endeavours focus on his exploration into the nature of light, colour and perception, subjects touched upon during the discussion.

The exhibit concentrates on the theme of something being created from nothing. For Ex Nihilo, everything from oil pastels to LED light boxes were used as artistic medium.

Schlieker noted during the course of the discussion that much of Finch’s work in this particular exhibit might be surprising to people who had seen previous work of his, due the nature of the theme of the exhibit.

According to Finch, these particular bodies of work’s observations are a bit different in that he chose to represent what he was creating in a specific manner.

“I don’t like exact representation,” Finch said, “but I also don’t like abstraction. I try to find a middle ground between the two in this exhibit.”

When Schlieker raised the point of the many various materials Finch uses, he credited his background and training: “I had an epiphany that material could have so much meaning,” he said. “There is an idea that there are certain materials that are appropriate for certain ideas and the material should contribute to the meaning.”

Another significant point of conversation was Finch’s unconventional manner of working. Similar to the Impressionist group of artists, Finch works in a way which brings him closer to what he is creating: he works outside or close to his inspiration. His work treads the line between conventionality and unconventional creativity.

Colour was yet another significant point of interest in the conversation. Perception of colour is vital to Finch’s work. He does not want to use false colour that is associated with what he was trying to represent.

In addition to the importance of colour theory, Finch’s body of work in the Ex Nihilo exhibit also is thematically centered around the idea of light versus dark, nothing versus something.

His piece Darkness was an example Schlieker mentioned in the discussion. Finch had created a paradox with this piece of art. The description provided with the piece stated Finch was preoccupied with the idea that dark is a type of light. He used this light-box to create darkness.

Finch’s new exhibit Ex Nihilo was created out of the concept of going ‘back to basics.’ It was created for no particular reason except to make something from nothing.

The result is at turns mystifying and delightful and well worth a visit.