Feminism, sex and Strange Hungers by Sadie Hennessy at the WW Gallery 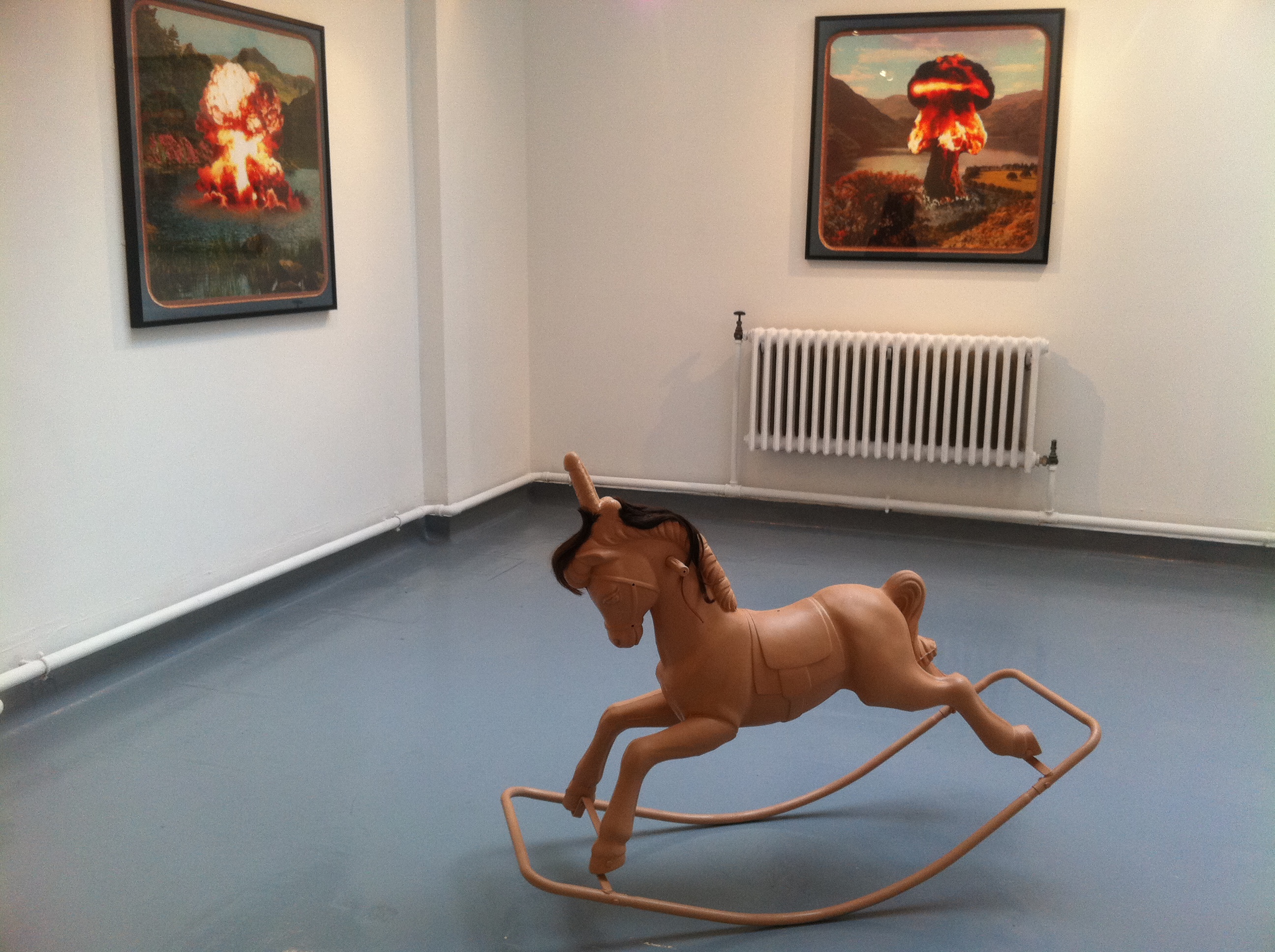 An exhibition of classily feministic art by Sadie Hennessy Strange Hungers is on show at the WW Gallery. Sadie Hennessy’s Strange Hungers at the WW Gallery until the 14th July.

Collage has been another technique favoured by female artists such as Barbara Kruger. Hennessy’s collages and prints alter the accustomed aesthetics of sensational gossips magazines, Olympic pictures, and pop-visualisations by adding unexpected elements or writings, such as oversized phalluses or porn-like commentaries. The banality and predictability of pornographic imagery is one of predominant focuses of her art.

The style developed by the Hennessy, who won the Jealous Graduate Art Prize for her final MA show, Accident & Emergency, at Central St. Martins in August 2010, is fairly humorous and deliberately kitschy. The pieces are meant to critically engage with the popular culture and especially, with the idea of “Britishness”.

As a result her art empowers women by mocking and uncovering what has been unsaid, neglected, outraging or abused, as other great female activist artists did before her.

For more information about Sadie Hennessy, see her homepage here.