Boyce Avenue at the Hammersmith Apollo 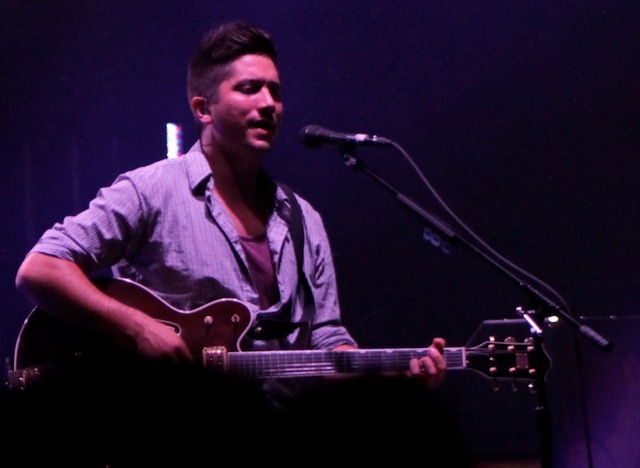 The Hammersmith Apollo was roaring with cheers and song with five thousand people attending the sold out concert of Boyce Avenue. 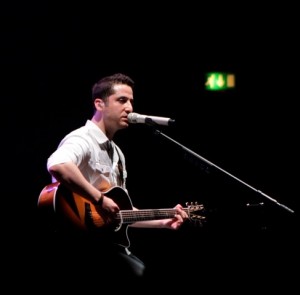 Alejandro, Fabian and Daniel Manzano, together formed the American mainstream band and became the top-ranked band on YouTube with half a billion views and over one million subscribers. The brothers first gained recognition in 2007 when they started posting covers of popular songs on YouTube, as well as their own music that immediately drew in a wide audience. They have recently come off tour with UK boyband One Direction that claimed great success.

Gratefully, at the Hammersmith Apollo, the band played a lot of their original songs and it was clear the fans loved it, as they sang along enthusiastically. However, the audience went even wilder when they performed a wide selection of their popular song covers, for example, Katy Perry’s Teenage Dream, and Rihanna’s We Found Love, as well as One Direction’s What Makes You Beautiful (this was particularly popular among the teenage girls, judging by the deafening screams). The mood and atmosphere of the place was absolutely breathtaking and there was a significant sense of togetherness and passion.

Halfway through the set, Boyce Avenue gained the audience’s full attention and introduced their friend and his girlfriend, who was about to experience the most romantic moment in her life. In front of a crowd of 5,000 people, the guy got down on one knee and proposed to his girlfriend, who immediately nodded and said yes. The Apollo echoed with cheers and screams as the newly engaged couple kissed and hugged.

The band’s encore seemed to be the fan’s best part of the whole night, as the entire room sang along to Coldplay’s Fix You, one of the most heart-warming and emotional songs ever. They eventually ended the show with their own song Hear Me Now which was a brilliant choice to an end.

Alejandro Manzano told the audience: “We don’t have any TV or radio promotions but what we do have is we plug these videos and you guys watch them and pass them around.”

If the brothers are this popular through just their YouTube videos, we ponder how well liked they would be with the TV and radio promotions. We think this is only the beginning of Boyce Avenue, and there is definitely much more to come from this very talented band that were once known as ‘just a cover band’, and this show proves exactly that.