Don’t Stop Till It’s Over, The Temper Trap play at Somerset House 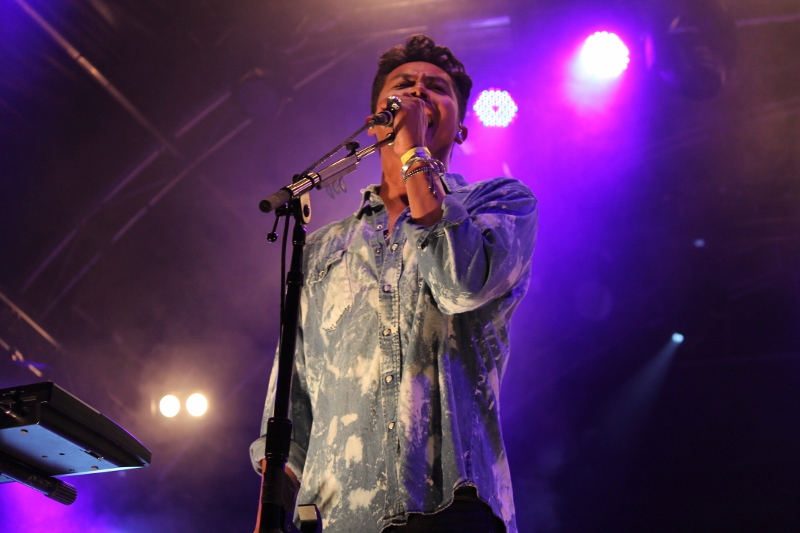 In 2009 Melbourne-based band The Temper Trap relocated to London to, in the words of lead guitarist Lorenzo Sillitto, “give it a good crack” at establishing themselves in Europe. They have just released their eponymous second album, and if last night’s sold-out gig at Somerset House is anything to go by, they’ve given it a most excellent crack indeed. A day of grey and rain miraculously cleared to gild the cupolas of Somerset House with sunset light, and the Fountain Court quickly filled while first supporting act and Australian compatriot Chet Faker warmed up the crowd. By the time British quartet Alt-J took to the stage the venue was full to capacity. Seagull polyphony and the white noise of London mingled with Alt-J’s clean, defined soundscapes, swinging from folksong-esque, lilting simplicity to driving, thrumming percussion accompaniments and controlled chaotic interweaving vocal lines. With the final refrain “I love you so/I love you so” from Breezeblocks, Alt-J exited to full and well-deserved applause.

As The Temper Trap put the final touches on their preparations, so too did the lowering rainclouds. The courtyard mushroomed with umbrellas and any hopes of a view disappeared for all but the very first row. “I can see a nice collection of umbrellas and a few lights”, someone muttered behind me.

But all was forgiven when the courtyard erupted in pulsing red light and The Temper Trap finally appeared on stage to open with London’s Burning. The clouds lifted, the umbrellas vanished, and the Fountain Court became a seething mass of bopping bodies. This was followed up by Need Your Love, bursts of white light perfectly timed with the staccato drumbeats, the sound swollen by audience members joining in for the infectious refrain. Dreamy ballads alternated with upbeat, crowd-clapping numbers as The Temper Trap traversed the best parts of two albums: Love Lost, The Sea Is Calling, Rabbit Hole, Fader (to a forest of raised arms and a thousand-strong chorus of “oo oo oooos”), This Isn’t Happiness, and the warm fat vocal harmonies of new single Trembling Hands. The second album is noticeably more restrained than Conditions, but what anchors them all is front man Dougy Mandagi’s distinctive voice, slipping effortlessly from pop to faux-opera, strident to intimately husky, soaring, incandescent head voice to something nasally reminiscent of Portishead’s Beth Gibbons. The weather, however, remained inclement. “You’re a resilient crowd”, Mandagi observed, as the rain beat down and the umbrellas went back up. The compliments flowed all night as the front man thanked long-time fans and Aussie expats for their support since moving to London. “Thanks for sticking with us” he said, before unleashing a supercharged rendition of fan favourite Science of Fear, joining drummer Toby Dundas on cymbals for extra percussive punch. An epic guitar solo accelerated through driving percussion to erupt into an almost tribal fusion of drumming and clapping, while Mandagi elicited a wild spray of glitter ­– or was it rain? – from the skin of his drum. It felt like a finale, but the crowd coaxed them back for two last songs: the dreamy synthscapes of Soldier On followed by the perennially popular Sweet Disposition, while audience members balanced on shoulders, clapped, swayed, danced, and shouted along to the chorus of “Don’t stop till it’s over!”

And on that note – sadly – it really was over.