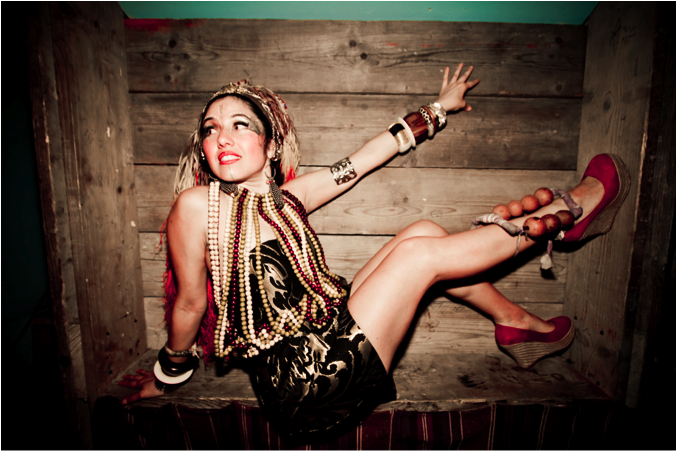 Soundway proved themselves to be an independent record label with a lot of tasty, tropical treats to offer in the future at Rough Trade East last night. Starting the lively performance was Family Atlantica, a fusion band blending the sweet sounds of Ghana with vivacious Venezuelan vocals. Mainly percussion based, the “high priestess” lead singer – who was ever so enthusiastic to get the crowd involved in an active call and response based show, showed remarkable enthusiasm and passion for her South American roots, without ever leaving out the credibility of the African influence that defines their music. The eclectic crowd lapped up the positivity this band effortlessly spread as fun tempo changes, improvised flute intervals and even a little background history of what they called their “pop music” was delivered. Their new album is released later this year.

Promoting their debut, Afro-funk outfit, KonKoma provided more diversity as the short-lived gig went on by exploring the sounds of jazz and African percussion with blaring brass sounds, smooth male vocals and high-pitched guitar melodies. Fast drumming, quick, repetitive vocalisations and transitions from lively dance songs to more relaxed rhythms had the crowd excitable throughout. The saxophonist’s baby daughter was even grooving to the exoticism propelled from the modest stage.

Ever so laid back, but never once lacking in vigour, both bands proved that Soundway is a label that deserves recognition. The sound it offers to its listeners is wide ranging, exploring the links between Latin, African and Caribbean music and to put it simply, a great deal of fun.

Check out what Soundway label has to offer here.

Listen to the teaser of Konkoma’s self-titled debut here: