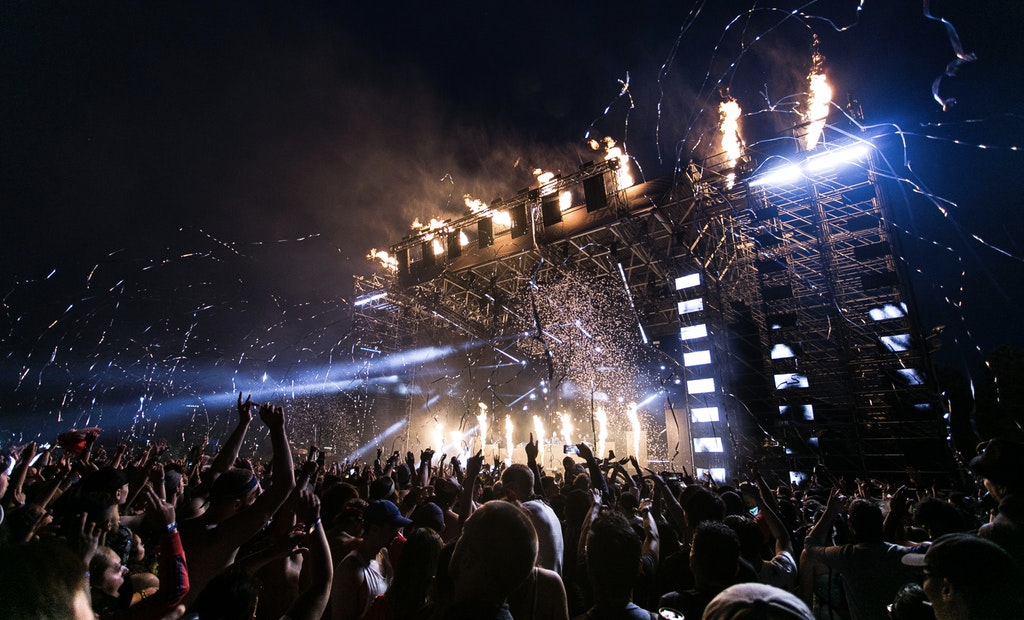 The concert began on the main stage, not with the scheduled Rebecca Ferguson, nor Cover Drive, but with an introduction to the 2014 Winter Olympics, hosted by the Russian Cossacks Choir. After a halting introduction, in which the choir introduced themselves as ambassadors from the Krasnodar region, the Cossacks Choir burst into an absolutely mind-blowing display of song and dance.

At least twenty strong, the Cossacks Choir – dressed entirely in beautiful, traditional dress – put on an incredibly theatrical display full of acrobatics, awe-inspiring sword-fighting dances and perhaps the most powerful voices to ever grace Hyde Park. Sadly, there was a significant delay between the Russian Cossacks Choir leaving the stage and Ferguson arriving.

When she did eventually enter the main stage – at least thirty minutes after it had been vacated – the crowd had dwindled in size, leaving a small amount of fans to watch Ferguson’s efforts. Launching into a sultry rendition of Mr Bright Eyes as she walked onto the stage, the former X-Factor contestant wowed with her alluring voice.

Despite the depleted crowd, Ferguson was well-received by the audience, and was incredibly at ease whilst performing, frequently talking to the crowd and joking on-stage. The BT London Live arena seemed perfectly suited to Ferguson’s voice, her powerful vocals effortlessly bathing the watching audience and even beyond in silky jazz, creating an incredibly relaxed and enjoyable atmosphere in front of the main stage.

Sadly, Rebecca Ferguson did not stay on stage for a significant amount of time, she did perform an impressive seven songs in the short amount of time she was on stage, but towards the end, the concert felt a little rushed. Ferguson finished off her set with the popular Nothing True About Love, a commendable performance that got the entire crowd singing along and waving their arms – and their flags – in the air.

Following Ferguson’s departure from the stage there was another significant delay between acts, something of a disappointing trend with BT London Live. However, to say the following act was worth the wait is an understatement.

As soon as they arrived, Bajan quartet Cover Drive completely took over the main stage, exuding a magnificent energy. Opening their set with the catchy Bajan Style, Cover Drive took little time to get the gathered audience worked up and lively, managing to draw even more people into the crowd with an incredible stage presence, certainly helped by the hypnotic voice of lead singer Amanda Reifer.

Reifer and company worked through a blisteringly fast-paced and energetic performance, playing crowd favourites Lick Ya Down and Sparks to an excited audience, who were eager to sing along to Cover Drive’s brilliant live set. The band was fantastic on stage, taking the time to talk to the crowd and getting the audience to join in with their performance.

Cover Drive’s set was however relatively short – only five songs long – but their unmistakable energy and Reifer’s ability to get the crowd screaming and waving along to each song seemed to make up for it. The band closed their brief set with crowd favourite Twilight, a performance that easily got the loudest cheer of the evening.

For more information follow these links for Rebecca Furguson and Cover Drive.