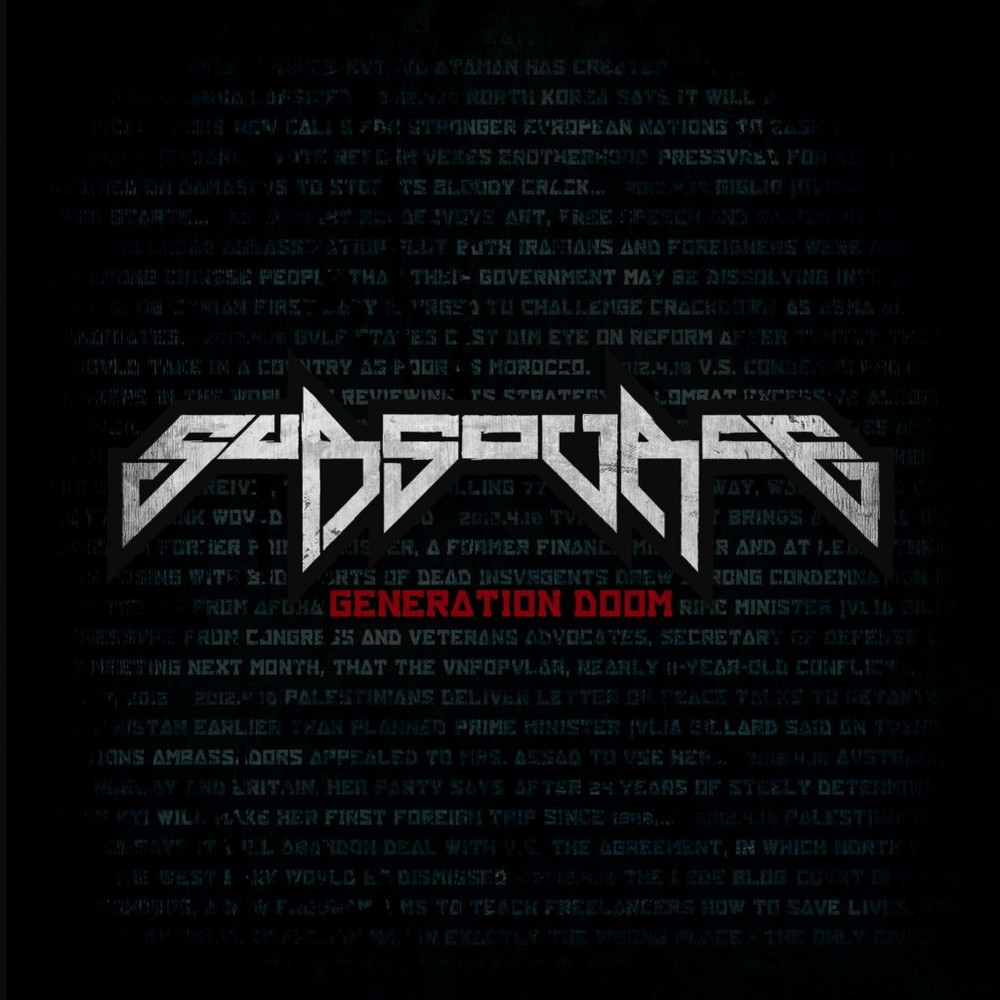 Subsource are four guys from London who really just want to have a good time. Their music is a mixture of pounding drum and bass beats with lead singer Stuart Henshall’s snarling vocals rising over the top and creating the musical equivalent of the apocalypse – but in a good way. The entirety of the Old Blue Last is moving to their music, albeit people near the bar dancing or the mosh pit at the front of the stage, which become progressively more ferocious as the night goes on. The EP is out now

The set-list contains a mixture of songs from their new EP, which was released this week, and also some older songs that old and new fans in the crowd loved. By the end of the set, everyone was dancing as the dub-step tunes pervaded the room. The band themselves were also energetic, spending a lot of their time standing on the drum set and jumping around the incredibly tiny stage. Towards the end of the final song, Henshall grabbed his electronic double bass and marched around the venue before stopping at the merch table and casually finishing the song.

Influences of Rage Against The Machine and The Prodigy are evident here, but Subsource really do have something else to add to the mix. Their music is full of so many different genres that it’s almost impossible to tie them to one band that they are similar to. The fusion of dub-step and metal is amazing and from guitar riffs and crashing drum beats to an intense and floor-shaking bass drop, the crowd are absorbing the music and letting it out in their own individual dance routines.

The only way to sum up the sheer power of Subsource is to always remember that these guys managed to get a mosh pit going for their whole set and got two fully functioning walls of death into a 45-minute set in an incredibly small venue, on a Monday night. That’s always the sign of an incredibly good band.

Listen to Molotov from the EP Generation Doom here: