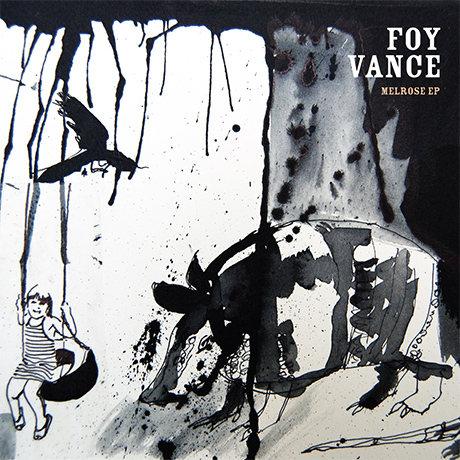 Promoting his new EP, Melrose, Foy Vance delivered a passionate and worthwhile performance at RTE last night. The EP, produced by David Holmes and used as a soundtrack for Terry George’s Academy Award-winning 2011 film, The Shore, was proven to be an acoustic gem by Vance who put all his soul into his live playing. Though light-hearted, constantly entertaining the crowd with his self-deprecating sense of humour, Vance never once strayed from recreating accurately what can be heard on Melrose. Opening with the ever so gentle Be the Song, the first track on the EP, Vance’s haunting vocals echoed through the venue creating a somewhat cinematic experience. Mellow and emotive, Foy Vance has a knack for singing memorable, moving acoustic pieces; it is no surprise that his work has been chosen for film and TV productions. Something in The Water, for example, is a sleepy, slow-moving folk song with vague, distant, reverberated vocals and quiet background strings – perfect for a poignant film about the reunion of two best friends. Though accompanied by just a drummer and bassist, Vance was able to do the production justice that the prolific David Holmes provided for the EP. Not only because the clarity of sound was spot on, but also because he clearly loves the music he is playing and wants you to feel this love for songs that have been defined by important life experiences.

Even for those who aren’t fans of acoustic, country-influenced music, Vance is still able to cater for, as Melrose is not just that type of record. It is a soundtrack where every song has been written from the inside to create a scenic atmosphere, and Vance proved it is possible to remake the magic that comes from the studio on the live stage.

For further information about Foy Vance, check out his website.

Listen to Be the Song here